You have reached the cached page for https://www.investors.com/research/berkshire-hathaway-stock-buy-now-warren-buffett-stock/
Below is a snapshot of the Web page as it appeared on 11/26/2021 (the last time our crawler visited it). This is the version of the page that was used for ranking your search results. The page may have changed since we last cached it. To see what might have changed (without the highlights), go to the current page.
You searched for: jennifer buffett We have highlighted matching words that appear in the page below.
Bing is not responsible for the content of this page.
Berkshire Hathaway Stock: The Ultimate Warren Buffett Stock Is Near Buy, But Should You? | Investor's Business Daily

Warren Buffett is widely regarded as one of the greatest investors of all time. One way to share in his success is to invest in his firm, Berkshire Hathaway (BRKB). Berkshire stock is eyeing a new buy point, but is it a good buy for you now? Let's take a close look at the fundamental and technical performance of the ultimate Warren Buffett stock.

Berkshire Hathaway is a conglomerate that owns some of America's most famous firms. It wholly owns the likes of Geico, Duracell, Dairy Queen, Fruit of the Loom and railroad operator BNSF.

But the definition of a Warren Buffett stock has evolved in recent years. Warren Buffett became a big investor in airlines such as Delta Air Lines (DAL). But he was left to rue his decision to go against his own long-held views about that industry's lack of profitability. The move blew up in his face as airline stocks were decimated due to the global coronavirus pandemic.

You will now receive IBD Newsletters

One of the biggest questions around the future of Berkshire Hathaway in recent years was who would take over the mantle of CEO from Buffett.

The Oracle of Omaha has finally gave the answer. He said Greg Abel, who runs the noninsurance businesses, will take over in his stead.

"The directors are in agreement that if something were to happen to me tonight, it would be Greg who'd take over tomorrow morning," the legendary investor told CNBC.

Abel, 58, has been a Berkshire vice chairman since 2018, and had long been viewed by analysts as a possible successor. The Canadian is chairman and CEO of Berkshire Hathaway Energy. He has also been vice chairman of Berkshire's noninsurance operations since January 2018.

The firm did not disclose any fresh details on the precise timing of Berkshire's leadership turnover during its latest earnings report.

Berkshire Hathaway revealed in its latest earnings report that it had snapped up $7.6 billion of its own stock.

This comes after it bought $6 billion worth of BRKB stock in Q2 and $6.6 billion more of its shares in the first quarter. Last year the firm spent a record $27.4 billion in repurchases.

After historically shying away from repurchases, Berkshire Hathaway stock has become one of Buffett's top purchases. Berkshire's aggressive share repurchases contrasts with the M&A deals spun by the investor during and after the 2008 financial crash.

While he has historically been reluctant to splurge on stock repurchases, he explained his change of heart in his latest annual letter to shareholders.

"The math of repurchases grinds away slowly, but can be powerful over time," he wrote. "The process offers a simple way for investors to own an ever-expanding portion of exceptional businesses."

Berkshire loosened rules for Buffett to buy back shares in 2018. With Berkshire steadfastly cautious on M&A in recent years, investors have been clamoring for more repurchases.

In the third quarter, Berkshire was a net seller of stocks for the fourth straight quarter, according to its latest quarterly report. The firm's 13F regulatory filing bought Royalty Pharma (RPRX) and Floor & Decor (FND) for the first time in the third quarter, while adding to Chevron (CVX) and cutting stakes in drug stocks.

Merck, Visa and Chevron are all Dow Jones stocks.

Berkshire also received a warrant that allows it to snap up to 23.1 million more shares at a price of $13. This adds up to an additional investment of $300 million.

As well as its status as an investment vehicle, Berkshire Hathaway is a conglomerate in its own right. It has interests in segments such as railroads, utilities and energy.

Those sectors, along with other "real economy" companies that are Warren Buffett staples, were hit hard by the coronavirus shutdowns and massive economic contraction.

The firm said in its most recent earnings that its smorgasbord of businesses have benefited as the economy reopens, with demand beginning to return to pre-pandemic levels. Operating earnings from its railroad, utilities and energy segment was up 11% to $3.03 billion in Q3.

"Beginning in the third quarter of 2020, many of our businesses experienced significantly higher sales and earnings relative to the second quarter, reflecting higher customer demand," the firm said in its report. "The extent of the effects over longer terms cannot be reasonably estimated at this time."

Warren Buffett has been criticized for the size of his cash pile. But he made his biggest acquisition in years in 2020 with a $10 billion deal for Dominion Energy's (D) assets.

Berkshire Hathaway Energy snapped up 7,700 miles of natural gas transmission pipelines and 900 billion cubic feet of gas storage. The all-cash deal includes $4 billion of equity and $5.7 billion of debt. It's set to close in the fourth quarter.

Energy has been doing well so far in 2021. For example, the Vanguard Energy ETF (VDE) is up about 60% since the start of the year.

Berkshire Hathaway stock has formed a flat base. However it remains shy of its ideal buy point of 295.18, according to MarketSmith analysis.

One positive sign is the fact BRKB stock is now back above its 50-day moving average. The stock has been flirting with the key benchmark in recent months.

The relative strength line has been sliding in recent months. This gauges a stock's performance compared to the broader S&P 500. Its Relative Strength Rating of 53 means it has outperformed just 53% of stocks in terms of price performance over the past 12 months.

BRKB stock has now gained over 22% so far in 2021, which lags the S&P 500's return of around 25%. It had previously been handily outperforming the index. It has seen its stock price inch lower over the past four weeks.

Its IBD Composite Rating has been declining of late, and now sits at 60 out of 99. This means it is outperforming 60% of stocks tracked overall.

Earnings are improving, though growth has slowed. Earnings grew by an average of 26% over the past three quarters. The CAN SLIM system recommends investors look for companies with average EPS growth of at least 25% over this time period.

Wall Street is becoming more optimistic for Berkshire Hathaway earnings growth going forward. Analysts are projecting annual earnings will rise 30% 2021, though they expect this to moderate to 6% growth in 2022.

Nevertheless, Big Money has been standing pat on BRKB stock of late, which is reflected in its Accumulation/Distribution Rating of C-.

Berkshire stock had been lagging the S&P 500 index since the end of 2018. Before that, BRKB stock at best moved with the market for a decade. An investor could have bought an index fund or ETF like the SPDR S&P 500 ETF (SPY), and generated similar or higher returns with less stock-specific risk.

"In my view, for most people, the best thing to do is owning the S&P 500 index fund, Buffett himself previously said at a Berkshire annual meeting. "If you bet on America and sustain that position for decades, you'd do far better than buying Treasury securities, or far better than following people. Perhaps with a bias, I don't believe anyone knows what the market is going to do tomorrow, next week, next month, next year."

Nevertheless, BRKB stock has been outperforming the S&P 500 so far this year. It could now finally be set for a decent period of outperformance.

The conglomerate's total revenue came in at $70.6 billion last quarter, an increase of 12%.

The firm's continued to wheel and deal on the stock market, with net stock sales of $1.95 billion. It's the fourth straight quarter that Warren Buffett has been a net seller of stocks.

However the firm stresses that gains and losses in any particular quarter are "usually meaningless." This fits in with Buffett's longer-term investment philosophy.

This has raised expectations that Buffett would make a big acquisition, but he has preferred to sit on the sidelines amid spiraling stock prices.

Having such a large supply of cash protects the Warren Buffett stock during tough times. It also means Berkshire Hathaway is able to deploy capital when desirable businesses become available for purchase.

The more aggressive buying of Berkshire's own shares of late contrasts with Buffett's deals during and after the Great Recession. This indicates he believes that the latest economic downturn and recovery, so far, offer none of the bargains he has historically pounced on.

CFRA analyst Catherine Seifert is rating BRKB stock as a hold with a 305 price target. She pointed out the mixed nature of the firm's recent earnings report.

"Trends were mixed as catastrophes and claim cost inflation produced insurance underwriting losses of $784M versus $213M, while railroad/energy/utility profits rose 11% and BRK's other businesses posted 15% higher operating profits," she said in a Nov. 8 research note. "Per share results got a boost from a 27% rise in YTD buybacks ($20.2B from $15.9B)."

She said the stock is "fairly valued" versus historical levels, and "worth holding."

However she did trim her profit expectation for the firm, reducing her 2021 EPS estimate by seven cents to $11.66.

The most obvious difference between Berkshire Hathaway's A class and B class shares is the price. While — at over 200 a share — BRKB stock may be considered relatively expensive, BRKA stock is the most expensive on the market, currently trading near $430,000 a share.

Its insurance group is one of its biggest cash cows. One of the most famous jewels in the crown is Geico. Other parts of this business include multinational property/casualty and life/health reinsurance company General Re and Berkshire Hathaway Reinsurance Group. The latter underwrites excess-of-loss reinsurance and quota-share coverage globally.

Insurance operations are a big reason why Berkshire Hathaway earnings can be lumpy.

Berkshire stock has formed a new base, but it continues to trade under its new buy point. Investors keen on the stock should add it to their watchlist so they are ready to pounce if it manages to pass this new entry. The market is also currently undergoing a correction, which makes opening new positions risky.

Its Composite Rating is not ideal, and its score has been declining. Nevertheless, Berkshire Hathaway stock is worth watching for investors seeking to add a well established stock with a diversified portfolio of businesses to their portfolio.

However, it is worth remember that, after a late-2018 burst, Berkshire Hathaway earnings growth has been modest and uneven. While Wall Street sees solid EPS growth ahead for Berkshire in 2021 and 2022, it still remains shy of the rates sought by CAN SLIM investors.

Bottom line: Berkshire Hathaway stock is not a buy at the moment. Those interested in buying the ultimate Warren Buffett stock should add it to their watchlist, and wait to see if can pass its new buy point.

Investors looking for true market leaders should check out IBD Stock Lists, including the IBD 50 list of top-performing stocks.

These Are The 5 Best Stocks To Buy And Watch Now

Buffett Stocks: Who Joins Nvidia, Alibaba, Alphabet On This Screen?

Warren Buffett's Net Worth Driven By These 'Ironclad' Rules 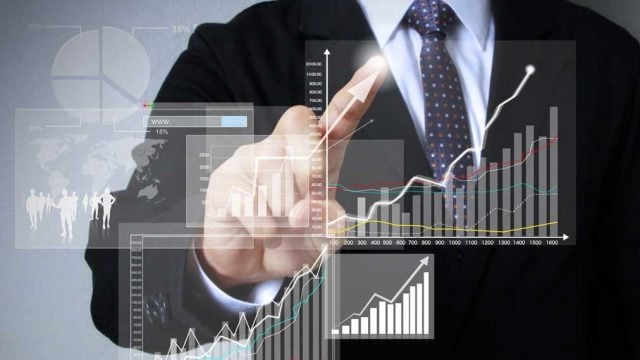 IBD Stock Of The Day

6:12 AM ET Looking for the best stocks to buy and watch? Start by checking IBD Stock Of The Day for quick highlights...

How would you rate your online broker? Tell us and you could win one of ten $50 prizes!

Now through Saturday, get Leaderboard for the best price of the year: only $9.95 for 4 weeks!

Learn how to read stock charts like a pro with 5 daily email lessons! Sign up for free today.