You have reached the cached page for https://www.huffpost.com/entry/jeff-garlin-divorce_n_5b8fecc6e4b0511db3de3a1f
Below is a snapshot of the Web page as it appeared on 9/20/2021 (the last time our crawler visited it). This is the version of the page that was used for ranking your search results. The page may have changed since we last cached it. To see what might have changed (without the highlights), go to the current page.
You searched for: jeff garlin wife pic 2017 We have highlighted matching words that appear in the page below.
Bing is not responsible for the content of this page.
Jeff Garlin And Wife Marla Are Divorcing After 24 Years Of Marriage | HuffPost
U.S.
U.K. España France Ελλάδα (Greece) Italia 日本 (Japan) 한국 (Korea)
CLOSE
Coronavirus News U.S. News World News Business Environment Health Social Justice
Politics Joe Biden Congress Extremism
Entertainment Culture & Arts Media Celebrity TV & Film
Life Style & Beauty Food & Drink Parenting Travel Wellness Relationships Money Home & Living Work/Life Shopping
Communities Queer Voices Women Black Voices Latino Voices Asian Voices
Special Projects Highline
HuffPost Personal Video Horoscopes
From Our Partners Back In The Day Work It Don't Sweat It Room for Everyone
Newsletters
International Australia Brazil Canada España France Ελλάδα (Greece) India Italia 日本 (Japan) 한국 (Korea) Quebec U.K. U.S.
Follow us
Terms | Privacy Policy
Part of HuffPost Entertainment. ©2021 BuzzFeed, Inc. All rights reserved.
BREAKING NEWS
Tap here to turn on desktop notifications to get the news sent straight to you.

Jeff Garlin and his wife Marla are headed for a permanent Hollywood split.

The “Curb Your Enthusiasm” actor, 56, filed for divorce on Tuesday, citing irreconcilable differences, The Blast reported.

According to court documents obtained by the website, Jeff Garlin said he was willing to pay spousal support but wants the two parties to pay their own attorneys’ fees. The actor listed July 25, 2017, as the date of separation.

Jeff Garlin has played Jeff Greene on “Curb Your Enthusiasm,” sharing multiple outstanding comedy Emmy nominations as a producer with star and creator Larry David plus others.

Marla Garlin, 56, earned a 2003 Emmy nomination for casting “Curb Your Enthusiasm” and served as a casting director on the 2005 comedy hit “The 40-Year-Old Virgin.” She told the New York Times in 2007 that she used to work as Jeff Garlin’s agent.

“I told people I got a lot more than 10 percent!” she said at the time.

Personal news aside, Jeff Garlin recently appeared to be having a good time in this gag reel from “The Goldbergs” posted Tuesday by Entertainment Weekly.

PHOTO GALLERY
Behind the Scenes of the "Seinfeld" Finale 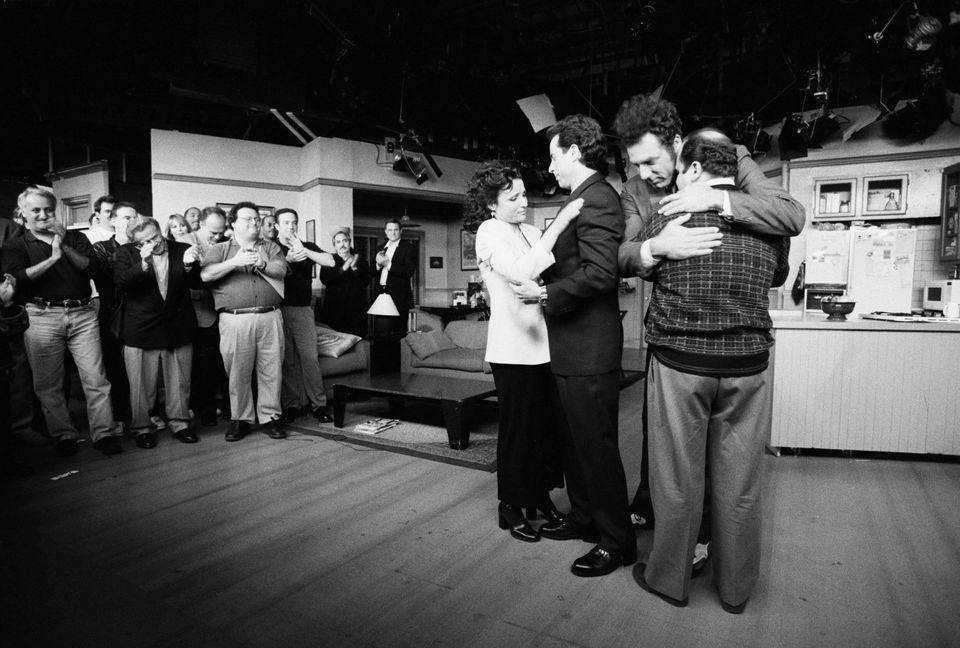