You have reached the cached page for https://www.amazon.com/Silico-Deepsky/dp/B00005V8PK
Below is a snapshot of the Web page as it appeared on 7/17/2020 (the last time our crawler visited it). This is the version of the page that was used for ranking your search results. The page may have changed since we last cached it. To see what might have changed (without the highlights), go to the current page.
You searched for: jason blum deepsky We have highlighted matching words that appear in the page below.
Bing is not responsible for the content of this page.
Deepsky - In Silico - Amazon.com Music 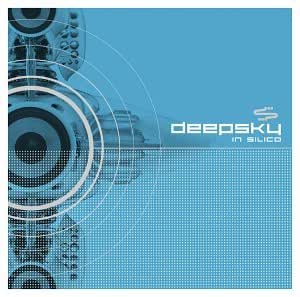 L.A. residents by way of New Mexico, Deepsky's producer-scenesters J. Scott Giaquinta and Jason Blum have fashioned a bubbly techno/trance full-length debut, channeling Nick Warren, Sandra Collins, and other DJs of their dreamy ilk. As already evinced by their late '90s dance-floor hit Stargazer, the Deepsky enjoy a throbbing woofer, punishing the bottom end with abandon to match their fruity melodies. The resulting workouts take a few odd detours (mostly around vocal numbers like "Smile," in which the fusion seems a bit forced), but when it hits its stride, In Silico is delicious. The opener, "View from a Stairway," is an early-morning jet-ski on Lake Tahoe, while the superb, Underworld-like "Ride," already a firm favorite on the international DJ circuit, is a pure, V8-powered daze inducer. A true West Coast techno trance release, In Silico has some great moments that bode well for a more consistent sophomore effort. --Steffan Chirazi

It's about time someone gave BT a serious run for his money. Fellow Los Angeles-based transplants Jason Blum and J. Scott Gianquinta (aka Deepsky) are about to do just that. With In Silico, the group's first full-length effort, the duo (originally from Albuquerque, New Mexico) put their decade-long tenure in dance-directed production into practice, creating an amalgamation of genres that are determined to set dance floors alight.

The group had some minor success a few years ago when the fledgling MTV dance music show AMP borrowed their early track "Tempest" as the program's theme. And leading progressive and trance DJs including Nick Warren and former collaborator Sandra Collins (they produced the "Red"/"Ode to Our" single with her) have championed the outfit's tunes for years. In Silico maintains those lofty panoramic standards from its opening track, "View From a Stairway," a breezy breaks-inspired jaunt that features Spanish guitar styling from one of Gianquinta's relatives. The duo nudge ever so slightly into gothic electronic rock territory on "Smile," borrowing ex-Republica frontwoman Saffron for vocal duties. Deepsky's pop sensibilities run rampant on the drum & bass inspired "Mansion World." A worldly trance tinge inspires "Cosmic Dancer (2002 remix)," creating hearty dance floor fodder.

While their genre hopping may elicit red flags from purists, Deepsky (like BT) manage to hop along rather well, allowing them a wider range of appeal. It may have taken ten years for this effort to surface, but it's that very variety that will keep Deepsky fresh for years to come.

Go Unlimited
Try now
Get a special offer and listen to over 60 million songs, anywhere with Amazon Music Unlimited. Renews automatically. New subscribers only. Limited time offer. Terms apply.
Sold by Amazon.com Services LLC. Additional taxes may apply. By placing your order, you agree to our Terms of Use.

4.2 out of 5 stars
4.2 out of 5
23 customer ratings
How does Amazon calculate star ratings?
Amazon calculates a product’s star ratings based on a machine learned model instead of a raw data average. The model takes into account factors including the age of a rating, whether the ratings are from verified purchasers, and factors that establish reviewer trustworthiness.
Top Reviews

Matthew N. Miskiewicz
5.0 out of 5 stars Best cd EVER!
Reviewed in the United States on April 6, 2008
Verified Purchase
This is my favorite cd in the world!!! "Let Met Live" is my #1 favorites song of all time. "View From a Stairway" and "Jareth's Church" tie for the #2 spot. If you have any love for good music, do yourself a favor and buy this cd!
Read more
Helpful
Comment Report abuse

Amazon Customer
5.0 out of 5 stars "Come on and take a ride on the rays of the sun."
Reviewed in the United States on January 6, 2004
Deepsky rocks. Man, does Deepsky rock. After listening to the utter garbage that BT's Emotional Technology was, and the depressingly "4-star" Reflections from Paul van Dyk (I use the term depressing in the sense that PVD's previous work has always been 5-star perfection), I was beginning to think electronic music was losing its edge. I was beginning to think it was selling out to the mainstream. Thankfully, In Silico proves me wrong.
Everything in this album is sharp as a razor. The mixing is superb, with no bloated bass or overly harsh treble; the sound levels are exactly where they should be. Also, the original CD has the bonus of being recorded in 24-bit 48kHz glory while most CDs are recorded in 16-bit 44.1kHz. To most listeners, the difference won't be audible, but for those on high end hi-fi systems, you're in for a treat, while your system is in for a shocking test: This CD jumps all over the sound spectrum, with insanely tight and deep bass, subtle mids and unbelievably clear highs and effects. The overall production value of this CD is outstanding, giving it a high-quality and professional sound.
But BT's Emotional Technology had nice production values too so let's get on to the important stuff: the music. From the moment View From A Stairway begins to come out of your speakers and into your room, you know you've got something special here. Deepsky seems to have done the impossible with this CD: They've created a sound that's both timeless and classical sounding while adding their own creative styling to the package. Listening to tracks like Ride will remind you of the golden days of Underworld, but never once will you forget that this is Deepsky you're listening to. It's both familiar and fresh at the same time, a rarity in music these days.
There are only two flaws in Deepsky's album debut. The first is the song Smile, where vocalist Saffron's singing feels decidedly forced and out of place. The second is the fact that Deepsky takes their sweet time to get their songs going, and while the end is worth it, it is an annoyance to have to sit through two minutes of build-up in every single track.
In Silico is an "in your face" wake-up call to the top-dogs of the electronic world, a message that lazy remixes and uninspired commercial follow-ups will not be tolerated. It's a dance album that while endlessly danceable never forgets that it's supposed to be easy on the ears. Sharp acoustics, pleasing harmonies and a creative twist on classic dance makes this CD an insant classic in itself, establishes Deepsky as a true force to be reckoned with. Like Way Out West (Nick Warren and Jody Wisternoff), Deepsky (J. Scott G. and Jason Blum) is a sonic powerhouse that never ceases to amaze and has a bright future ahead.

N. Fisher
3.0 out of 5 stars It's good
Reviewed in the United States on December 31, 2002
If there is one definate thing about this CD,
it is that it thumps. The beats are big, and
the melodies driving. This is a dancefloor
friendly album, so expect to hear lack of
creativity in the vein of danceability, but
don't turn away there. The CD has much to
offer, including great production quality,
and listenability. You can put headphones
on and enjoy this CD too. It's energetic and
nu skool, with hard electronic skittering
breaks and electro grumble. Some kind of
industrial tone sneaks in there too, where
vocal tracks don't necessarily follow the
normal "dance" routine, lending to the
overall feel of a production album rather
than a track compilation or mix. This is
good, and if you put this CD on, prepare
to be awake. Maybe a little uncreative at
times, and possibly a little trite at
others, but definately a quality production.
Read more
One person found this helpful
Helpful
Comment Report abuse

yosh
2.0 out of 5 stars Not bad for an underground act, but don't expect BT
Reviewed in the United States on March 14, 2002
I don't want to sound cynical, but I just cannot enjoy this album at all. Deepsky's production skills are not bad for an underground act-yet neither are they superb. Reading glowing reviews all over the place (including Urb Magazine, who hailed them as the best American producers since BT), I had high expectations for this album. So it was a total letdown when I first heard "View from a Staircase," a supposed signature track of the LP. Sparse electronic chords fizzed through the air as Hybrid-esque breakbeat swerved in and out of the sputtering melody. What makes the track so bad is that a lot of the effects seem haphazardly inserted and musically inconsistent. Even the otherwise beautiful acoustic guitar sample was arranged in a distorted and annoying fashion. The rest of the album doesn't get much better, as most of the tracks sound like shambles of confused beats.
The more creative Deepsky attempted be, the more chaotic and disorganized they sound. Deepsky is much better off in sticking to formulaic layering of strings, as the last three tracks of the album sounded at least somewhat better than the rest. Compared to BT, Deepsky's composition skills are way too naïve; not only are they not the next great American act, they are not even close in matching Utah Saints. If you want to hear some quality albums by underground dance musicians, go for Way Out West's "Intensify" or LSG's 1999 classic "Into Deep."
Read more
One person found this helpful
Helpful
Comment Report abuse

Amazon Customer
5.0 out of 5 stars New Mexico Natives, World-Class Techno
Reviewed in the United States on March 10, 2002
When I first heard about Deepsky, it was a few years back; someone had told me they had started in my neighborhood, right here in Albuquerque. While I did find out they started in Albuquerque, after thinking about it, I highly doubt that it was true that they started in my neighborhood, but it still got me interested in the music. I had all but forgotten about them when I stumbled across this cd in a local store. I knew immediately I had to get it, because they few songs I had previously heard were excellent. I was not to be dissapointed with this album, its excellent music all around, though I'm not sure it fits the Dance category. It seems to be ambient/trance, but all the same its great music. The tracks Jareth's Church, 3 Sheets to the Wind, and Let Me Live are my favorites, but this is a great cd to let listen all the way through. Overall an excellent album, I recommend to anyone with a taste for techno.
Read more
Helpful
Comment Report abuse
See all reviews from the United States