You have reached the cached page for https://episcopalarchives.org/church-awakens/exhibits/show/specialgc/black-manifesto
Below is a snapshot of the Web page as it appeared on 9/10/2021 (the last time our crawler visited it). This is the version of the page that was used for ranking your search results. The page may have changed since we last cached it. To see what might have changed (without the highlights), go to the current page.
You searched for: james foreman black manifesto We have highlighted matching words that appear in the page below.
Bing is not responsible for the content of this page.
Black Manifesto · The Special Program · The Church Awakens: African Americans and the Struggle for Justice Skip to main content
← Conservative Reaction
Confrontation → 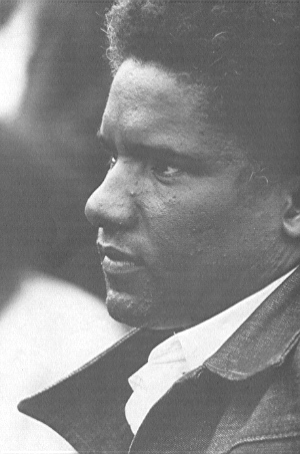 James Forman, author of the "Black Manifesto" and spokesman for the Black Economic Development Conference, 1969.

External stakeholders exploited internal divisions to place their agenda before the Convention. The Black Economic Development Conference (BEDC), an organization promoting black independence, published the “Black Manifesto,” which demanded reparations to African Americans. The BEDC grew out of a national conference of the same name held in Detroit, Michigan, on April 26, 1969. James Forman became the spokesman of BEDC and the Black Manifesto became its platform. The BEDC asked for $500 million dollars in reparations from white churches and synagogues and said the monies would be used for nine projects.

Among those projects outlined were a black university, a communications system, and a southern land bank. By July of 1969 the BEDC movement was solidifying and organizing. The group filed for incorporation in the State of New York and elected officers to serve the organization. Among the officers was Muhammed Kenyatta who was elected administrative vice-chairman. The spokesman for the Manifesto, James Forman, was never an officer of the BEDC. When Bishop Hines met with the author of the “Black Manifesto” and appeared to consider donating funds to the BEDC, many church leaders felt a line had been crossed and were outraged. [Sources]

Muhammed Kenyatta, vice-chairman of the Black Economic Development Conference, explains why he believes that the Black Manifesto cannot fail, and draws a distinction between religious conviction and political action, 1969. 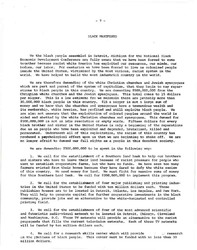 The Black Manifesto, the first major call for black reparations in the twentieth century, issued by the BEDC, April 26, 1969.

Executive Council’s Response to the Black Manifesto, May 1969. 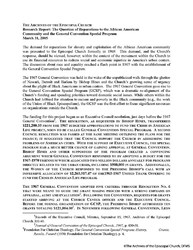 Archives Research Report on “The Question of Reparations to the African Americans,” 2005.