You have reached the cached page for http://www.david-tennant.co.uk/2021/09/david-tennant-does-podcast-with-wins.html
Below is a snapshot of the Web page as it appeared on 10/16/2021 (the last time our crawler visited it). This is the version of the page that was used for ranking your search results. The page may have changed since we last cached it. To see what might have changed (without the highlights), go to the current page.
You searched for: jack morrissey bill condon family We have highlighted matching words that appear in the page below.
Bing is not responsible for the content of this page.
David Tennant Does A Podcast With... Wins Podcast Of The Year At The TRIC Awards Skip to main content

David Tennant Does A Podcast With... Wins Podcast Of The Year At The TRIC Awards 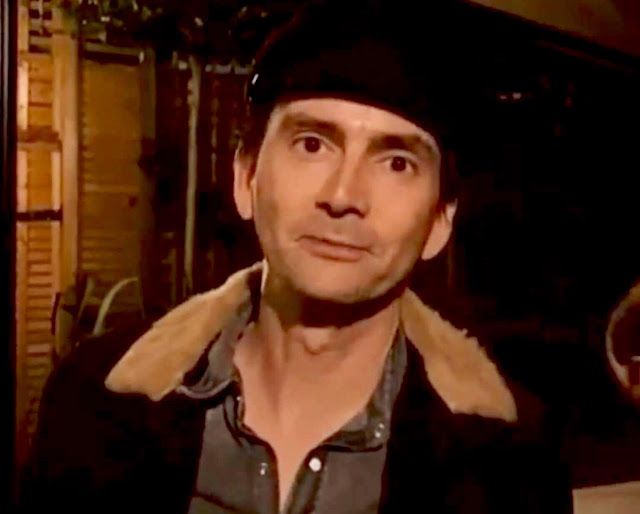 David Tennant's podcast, David Tennant Does A Podcast With..., has won Podcast Of The Year at the TRIC Awards.

Produced by Somethin' Else with Georgia Tennant, David Tennant Does A Podcast With... features intimate and in-depth conversations with some of the biggest names in film, television and politics. Over two seasons David has chatted to the likes of Billie Piper, Neil Gaiman Catherine Tate, Michael Sheen, Dame Judi Dench, Cush Jumbo, and Sir Ian McKellen.

The Television and Radio Industries Club was formed in 1931, originally as the 'Radio Industries Club'. Today TRIC members represent all sectors of the TV and radio industries and the society aims to promote mutual understanding, goodwill and networking among those who who are involved in technology and related industries.
David Tennant Does A Podcast With... is available on Acast, Apple Podcasts, Spotify and all good podcast providers.
Awards David Tennant David Tennant Does A Podcast With TRIC Awards

VIDEO: Watch David Tennant Talk Around The World in 80 Days In Online Rendez-Vous Interview For Canneseries 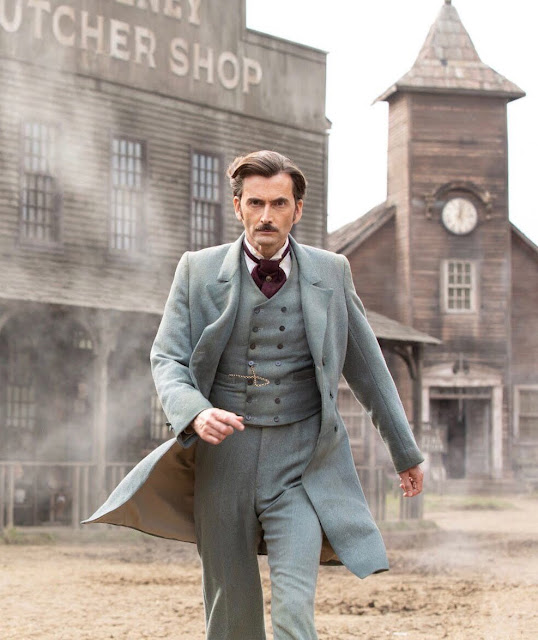 David Tennant has taken part in an online conversation about his epic new adventure series Around The World In 80 Days as part of the annual Canneseries Festival. The Festival runs alongside MIPTV, the international entertainment content market in Cannes and allows free access to previews of new content, exclusive interviews and its international competition. This year the festival offers both digital and in-person events.  David's online conversation is hosted by Thomas Destouches. As well as discussing his career, David speaks about his new series, the hotly anticipated international series Around The World In 80 Days. The first two episodes of the series are being screened for free at the festival, tonight, at 21:00h at the Grand Auditorium Louis Lumière. Based on the classic Jules Verne novel, the eight-part series Around The World In 80 Days stars David Tennant as Phileas Fogg, a 19th Century gentleman and adventurer who, with his valet, Passepartout, played by rising French a
Read more

NEW INTERVIEW: David Tennant On Playing Loki In The Sandman Act II "I'd Have Been Quite Annoyed If I Hadn't Been Asked" 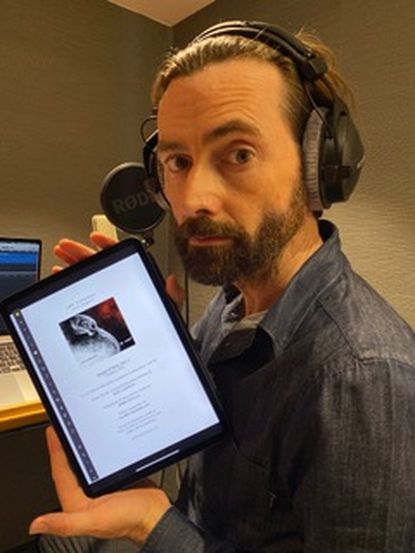 David Tennant has been talking to New York Daily News about his role in Neil Gaiman’s The Sandman for Audible. David takes on the role of Loki in the second instalment, The Sandman Act II which was released a few weeks ago. Listen via audible here.  Talking about how he got cast David said "I haven't really enquired, but I'm imagining it was Neil's idea. There's almost a kind of Neil Gailman Reperatory Company. So I'm very thrilled to be a member of that. The Sandman is pretty iconic stuff, isn't it? What Neil did with the form and with that character cast a long shadow. Frankly, I'd have been quite annoyed if I hadn't been asked.  "If the audio experience is your first experience with Sandman, how exciting to go on that journey inside your own ears, it'll be entrancing. It'll be really exciting, sometimes bewildering, sometimes mystifying, but always hugely satisfying" According to David his character Loki's reputation might d
Read more 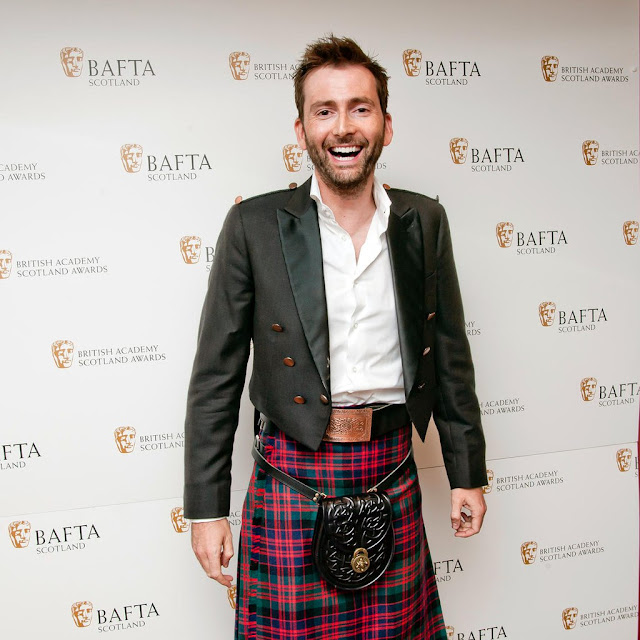 David Tennant has been nominated for the BAFTA Scotland Audience Award for his portrayal of the Scottish serial killer Dennis Nilsen in the ITV drama Des.  The award is the only BAFTA award that is voted for by the viewing public and allows them to choose who to honour as their favourite Scottish on screen talent.  Click here to vote for David Tennant now.  The vote is open until Saturday 20th November at 5pm.  Other nominees in the category are David Carlyle in It's A Sin, Lawrence Chaney in RuPaul's Drag Race UK, Martin Compston in Line of Duty, Jean Johansson in A Place in the Sun and Kelly Macdonald in Line of Duty. In Des David Tennant appears as Dennis Nilsen, who murdered over fifteen young men and boys in London over a period of five years. Co-starring Daniel Mays and Jason Watkins, Des focuses on Nilsen's capture and subsequent trial, one of the most infamous criminal cases in UK history. The three-part series is based on the book Killing For Company by Brian Maste
Read more 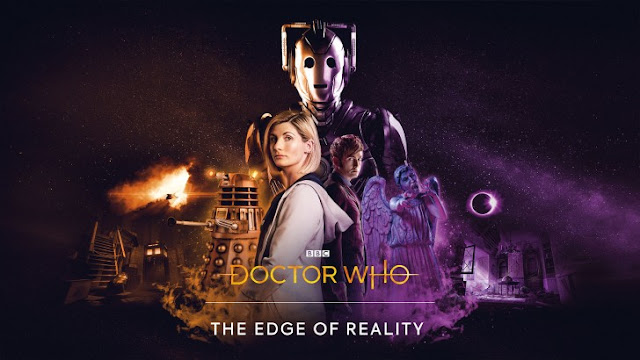 The new Doctor Who video game, The Edge Of Reality, featuring David Tennant and Jodie Whittaker is out now. Available on consoles and PC, Doctor Who: The Edge of Reality reimagines, and builds upon, the VR experience, Doctor Who: The Edge of Time, with a new and compelling first-person adventure. With brand-new gameplay, new monsters and new worlds to explore, players will wield the Thirteenth Doctor’s sonic screwdriver on a quest to save the universe. Players will be guided by the Thirteenth Doctor, voiced by Jodie Whittaker, and joined by the Tenth Doctor, voiced by David Tennant. The Edge of Reality features a console and PC adventure across Space and Time, built with current and next generation consoles in mind, it contains new worlds to explore, new puzzles, new challenges and new gameplay. With an original Doctor Who story, you will uncover a universe-spanning threat as you seek to save reality from a series of time-breaking glitches. Continue the story that began in* The Edge of
Read more

Vote For David Tennant, Staged & There She Goes In The National Comedy Awards 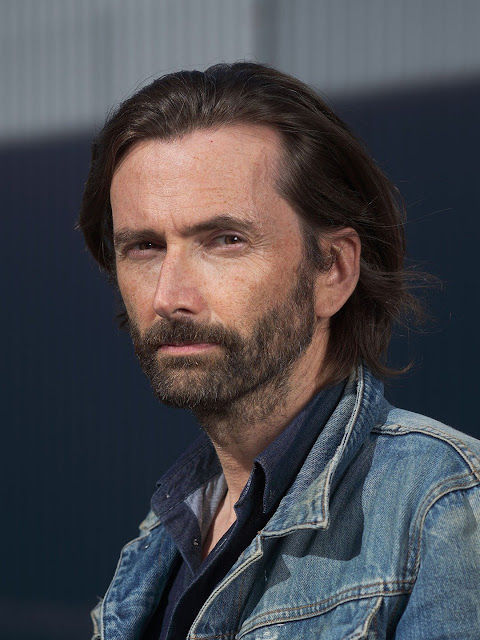 Both David Tennant and the hit comedy series Staged have made the longlist in the 2021 National Comedy Awards for Stand Up To Cancer. The poll is now open and you can vote for your favourites now! David is nominated in the Outstanding Comedy Actor category alongside his Staged co-star Michael Sheen. Staged itself is nominated as Best Scripted Comedy Series alongside another of David's projects, There She Goes. The BBC's hit series Staged stars David Tennant and Michael Sheen as exaggerated versions of themselves. Series 1 saw the two frustrated actors attempting to rehearse a play over Zoom while the country was in lockdown, while Series 2 saw them facing the news that a remake of Staged for the US market was going ahead without them. Co-starring their real-life partners Georgia Tennant and Anna Lundberg, Staged was written and directed by Simon Evans, who also joins the cast with Lucy Eaton, Nina Sosanya and some amazing guest stars.  The BBC Two comedy series There She Goes s
Read more 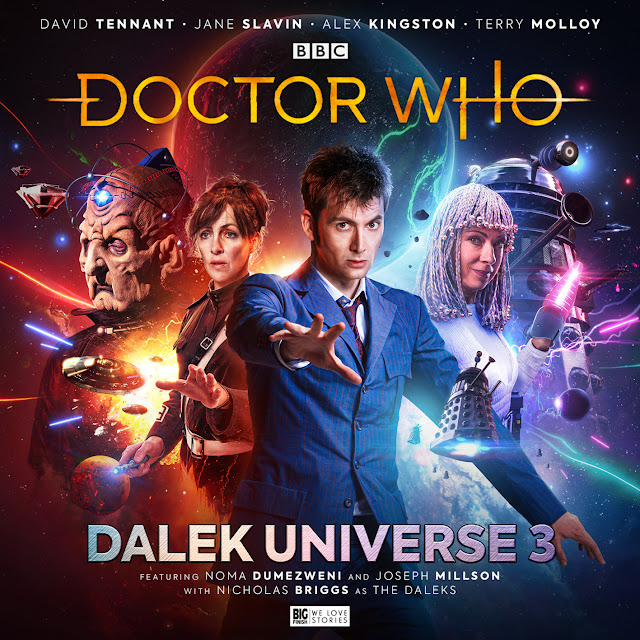 It's a big day. Nine episodes (plus a prequel), eighteen months of post-production (right through the pandemic) and, finally, it's time to find out the answer to life, the Dalek Universe and everything!  David Tennant stars in this finale to the epic Doctor Who adventure, with a double-episode series climax with the Tenth Doctor facing his arch-enemy, Davros (Terry Molloy). In the week that the season seventeen Blu-ray was announced, it's appropriate that we meet the Dalek creator in the aftermath of Destiny of the Daleks.  The Doctor, River Song and Davros all enter the Dalek Universe in the final volume of Big Finish’s full cast audio epic Doctor Who adventure, released today.   Check out the trailer below: In the previous two volumes of Dalek Universe, the Tenth Doctor (David Tennant) has found himself out of time, been reunited with his old travelling associate Anya Kingdom (Jane Slavin) and encountered many familiar faces such as the Meddling Monk, Mechonoids, Dal
Read more 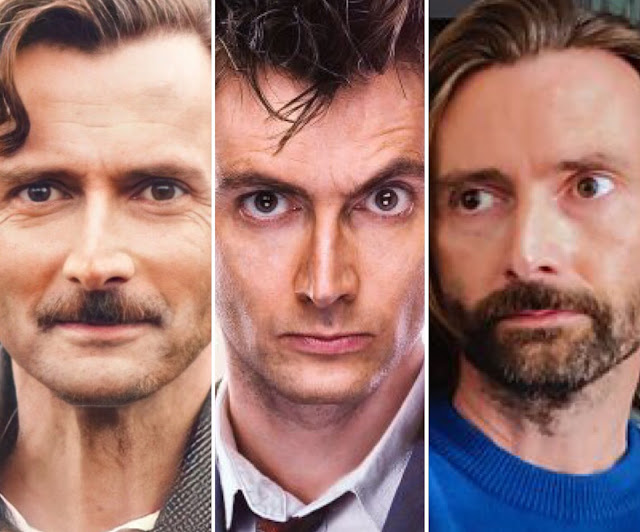 2021 looks set to be another exciting year for fans of David Tennant with several new projects in the works. This month alone will see the launch of the second series of Staged. Also coming up is the epic Around The World In 80 Days and a return to the theatre is scheduled for Spring when David is set to star in Good at the Harold Pinter Theatre. Check out more details on his biggest projects for the year ahead below: Staged The new series follows David Tennant and Michael Sheen as they attempt to navigate their ‘new normal’ at home with their increasingly exasperated families whilst simultaneously trying to tackle the world of ‘virtual Hollywood’ and their ever more fragile egos. Also returning for the new series are Georgia Tennant, Anna Lundberg and Lucy Eaton alongside Nina Sosanya and Simon Evans with new addition to the regular cast Primetime Emmy-winner Ben Schwartz, playing the assistant to Michael and David’s American agent. The first episode, Saddle Up Sheen, premieres on Mon
Read more

Much Ado About Nothing Available To Download From Digital Theatre 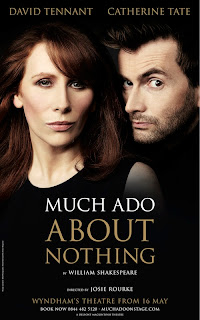 After a series of teasing tweets last night, Digital Theatre have made Much Ado About Nothing, starring David Tennant and Catherine Tate, available as a digital download from today (13th December). The play is available as a rental download at £5.99, or to keep at £8.99, with a HD option at £10.99. The trailer is available to view here , while the download can be purchased here . For more information check the official Digital Theatre press release below: D I G I T A L T H E A T R E DAVID TENNANT AND CATHERINE TATE IN SHAKESPEARE’S M U C H A D O A B O U T N O T H I N G Digital Theatre announces William Shakespeare’s Much Ado About Nothing as its latest release available to watch online or download to the desktop, with pre-order available from today (13 December 2011) at http://www.digitaltheatre.com/ and release on 13 December 2011. Starring David Tennant and Catherine Tate as Benedict and Beatrice, Josie Rourke’s award winning production of Much Ado About Nothing enj
Read more