You have reached the cached page for https://www.britannica.com/biography/Jack-London
Below is a snapshot of the Web page as it appeared on 3/7/2021 (the last time our crawler visited it). This is the version of the page that was used for ranking your search results. The page may have changed since we last cached it. To see what might have changed (without the highlights), go to the current page.
You searched for: jack london wikipedia We have highlighted matching words that appear in the page below.
Bing is not responsible for the content of this page.
Jack London | Biography, Books, & Facts | Britannica
Jack London
Article Media Additional Info

American author
Print
verified Cite
While every effort has been made to follow citation style rules, there may be some discrepancies. Please refer to the appropriate style manual or other sources if you have any questions.
Select Citation Style
Share
Share to social media
Facebook Twitter
URL
https://www.britannica.com/biography/Jack-London
Feedback
Thank you for your feedback

Join Britannica's Publishing Partner Program and our community of experts to gain a global audience for your work!
External Websites
Britannica Websites
Articles from Britannica Encyclopedias for elementary and high school students.
WRITTEN BY
The Editors of Encyclopaedia Britannica
Encyclopaedia Britannica's editors oversee subject areas in which they have extensive knowledge, whether from years of experience gained by working on that content or via study for an advanced degree....
Alternative Title: John Griffith Chaney

Jack London, pseudonym of John Griffith Chaney, (born January 12, 1876, San Francisco, California, U.S.—died November 22, 1916, Glen Ellen, California), American novelist and short-story writer whose best-known works—among them The Call of the Wild (1903) and White Fang (1906)—depict elemental struggles for survival. During the 20th century he was one of the most extensively translated of American authors. 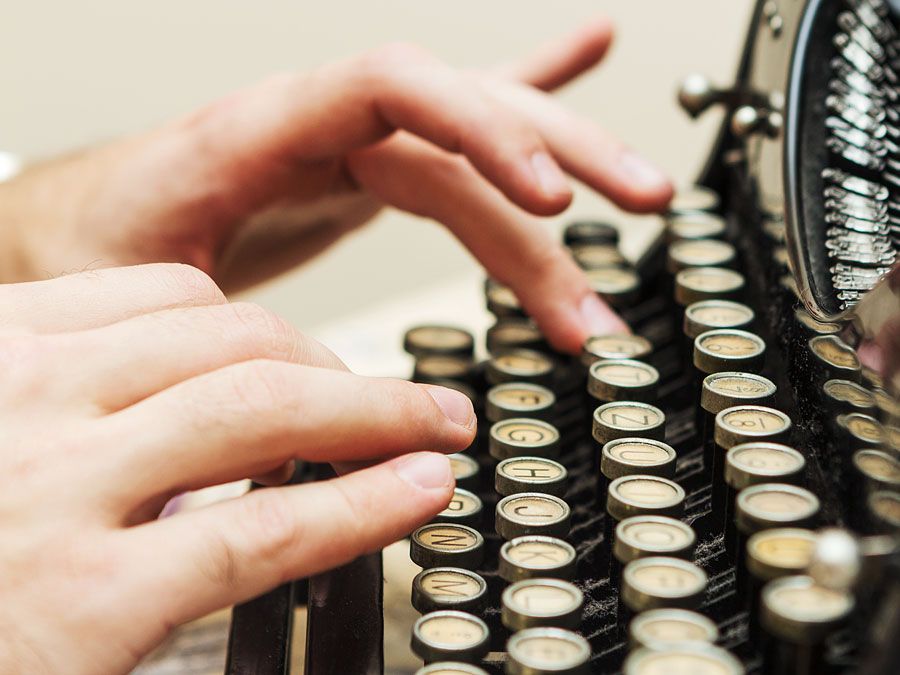 Britannica Quiz
Writer’s Digest
With which U.S. state is the writer John Steinbeck closely associated? Test the "state" of your literary knowledge in this journey through the lives of Jack London, Jules Verne, and other writers.

Deserted by his father, a roving astrologer, he was raised in Oakland, California, by his spiritualist mother and his stepfather, whose surname, London, he took. At age 14 he quit school to escape poverty and gain adventure. He explored San Francisco Bay in his sloop, alternately stealing oysters or working for the government fish patrol. He went to Japan as a sailor and saw much of the United States as a hobo riding freight trains and as a member of Charles T. Kelly’s industrial army (one of the many protest armies of the unemployed, like Coxey’s Army, that was born of the financial panic of 1893). London saw depression conditions, was jailed for vagrancy, and in 1894 became a militant socialist.

London educated himself at public libraries with the writings of Charles Darwin, Karl Marx, and Friedrich Nietzsche, usually in popularized forms. At 19 he crammed a four-year high school course into one year and entered the University of California, Berkeley, but after a year he quit school to seek a fortune in the Klondike gold rush. Returning the next year, still poor and unable to find work, he decided to earn a living as a writer.

London studied magazines and then set himself a daily schedule of producing sonnets, ballads, jokes, anecdotes, adventure stories, or horror stories, steadily increasing his output. The optimism and energy with which he attacked his task are best conveyed in his autobiographical novel Martin Eden (1909). Within two years, stories of his Alaskan adventures began to win acceptance for their fresh subject matter and virile force. His first book, The Son of the Wolf: Tales of the Far North (1900), a collection of short stories that he had previously published in magazines, gained a wide audience.

During the remainder of his life, London wrote and published steadily, completing some 50 books of fiction and nonfiction in 17 years. Although he became the highest-paid writer in the United States at that time, his earnings never matched his expenditures, and he was never freed of the urgency of writing for money. He sailed a ketch to the South Pacific, telling of his adventures in The Cruise of the Snark (1911). In 1910 he settled on a ranch near Glen Ellen, California, where he built his grandiose Wolf House. He maintained his socialist beliefs almost to the end of his life.

Jack London’s output, typically hastily written, is of uneven literary quality, though his highly romanticized stories of adventure can be compulsively readable. His Alaskan novels The Call of the Wild (1903), White Fang (1906), and Burning Daylight (1910), in which he dramatized in turn atavism, adaptability, and the appeal of the wilderness, are outstanding. His short story “To Build a Fire” (1908), set in the Klondike, is a masterly depiction of humankind’s inability to overcome nature; it was reprinted in 1910 in the short-story collection Lost Face, one of many such volumes that London published. In addition to Martin Eden, he wrote two other autobiographical novels of considerable interest: The Road (1907) and John Barleycorn (1913). Other important novels are The Sea-Wolf (1904), which features a Nietzschean superman hero, Humphrey Van Weyden, who battles the vicious Wolf Larsen; and The Iron Heel (1908), a fantasy of the future that is a terrifying anticipation of fascism.

London’s reputation declined in the United States in the 1920s, when a new generation of writers made the pre-World War I writers seem lacking in sophistication. But his popularity remained high throughout the world after World War II, especially in Russia, where a commemorative edition of his works published in 1956 was reported to have been sold out in five hours. A three-volume set of his letters, edited by Earle Labor et al., was published in 1988.

The Editors of Encyclopaedia BritannicaThis article was most recently revised and updated by Adam Augustyn, Managing Editor, Reference Content.

Help your kids power off and play on!