You have reached the cached page for https://twnews.it/us-news/stephen-a-smith-why-i-forced-max-kellerman-off-first-take
Below is a snapshot of the Web page as it appeared on 10/14/2021 (the last time our crawler visited it). This is the version of the page that was used for ranking your search results. The page may have changed since we last cached it. To see what might have changed (without the highlights), go to the current page.
You searched for: it's nothing personal movie trailer length We have highlighted matching words that appear in the page below.
Bing is not responsible for the content of this page.
Stephen A. Smith: Why I forced Max Kellerman off ‘First Take’

Stephen A. Smith: Why I forced Max Kellerman off ‘First Take’

Stephen A. Smith set the record straight about co-host Max Kellerman’s exit from ESPN’s “First Take” in a revealing interview on Hot 97.

When asked, “What’s the truth?” about Kellerman’s departure after five years on the show together, Smith confirmed what The Post’s Andrew Marchand had initially reported — that he wanted Kellerman off the program.

“The rumors are accurate in terms of me wanting him off the show. Let’s get that out the way. Yes, I did [want him off the show],” Smith told radio hosts Ebro Darden and Peter Rosenberg.

“It wasn’t really about asking him to be off the show, it was about the fact that I knew that we, together, as far as I was concerned, was not a great partnership anymore and that was something that needed to change.

Smith went on to confirm that the decision was more about “keeping things fresh” on “First Take” by implementing change than removing Kellerman, specifically.

“It also wasn’t my decision,” Smith said. “I gave my recommendation [to ESPN]. They ask it, I tell it. Every single year when the NBA season comes to an end, the bosses ask me where I stand… And I also told Max that.”

“… I just didn’t feel that moving forward he and I together was the right call and I said that the bosses. They disagree with me a few times in the past. Evidently this time, they understood and they made the move.

“We don’t have a bad relationship. I think he’s a real good guy. I appreciate what he did for the show. We were number one for five years. We stayed number one, and I appreciate that.”

Earlier on, Smith explained that him and Kellerman tape “15 segments a day, 75 segments a week, [and] over 3,000 takes a year” — and he said he believed the audience apparently noticed their chemistry had fizzled. 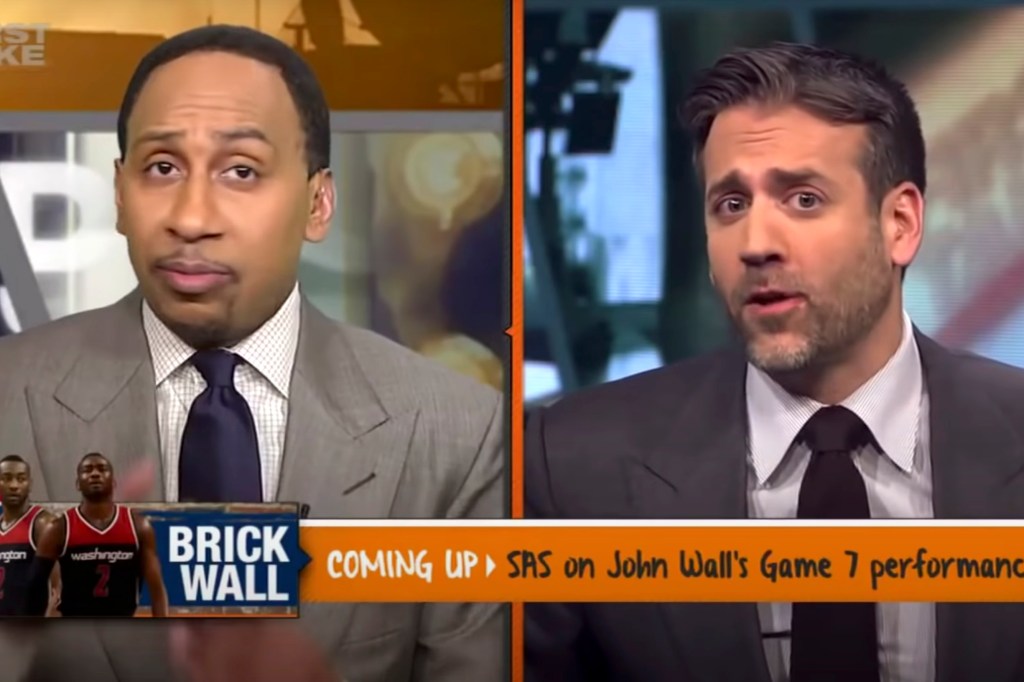 Since then, Smith and the show’s host, Molly Qerim Rose, have been advertising the “new era” of the popular sports program — which will include a rotating panel of guests, featuring analysts, entertainers and sports figures, that will debate Smith on a variety of topics.

Michael Irvin made his energetic debut for a weekly spot on Monday and Tim Tebow will join Smith on Fridays.

As for Kellerman’s next move?

The host is getting his own hour-long show on ESPN, “This Just In,” which premieres on Sept. 14, at 2 p.m. ET. The show will provide news, opinion and analysis on the day’s trending topics and other headlines.

Mauricio Pochettino: Chelsea is the Champions League favorite, PSG is a competitor. They invested a lot of money, maybe more than us
Barcelona confirmed the injury to the back of the thigh of Araujo
Ex-coach Chelsea Newton: There are too few black coaches in the Premier League, it needs to be changed. Not enough has been done
Llorente on whistling at Griezmann: It doesn't help him or the team
Sergio Aguero: Moved to Barca with the hope of playing with Messi. His departure shocked
Bernardo Silva: When de Bruyne has the ball, the strikers know that the assist will come
Mauricio Pochettino: Ramos is in good shape - one of the best central defenders in the world. Sergio is not having the best period, but he is strong

Denial of responsibility! The World News is an automatic aggregator of the all world's media. In each material the author and a hyperlink to the primary source are specified. All trademarks belong to their rightful owners, all materials to their authors. If you are the owner of the content and do not want us to publish your materials, please contact us by email [email protected]. The content will be deleted within 24 hours.

Horror movie inspired Halloween cocktails to get into the spooky spirit

China warns against ‘manipulation’ of WHO virus probe

5 Ways To Boost Your Home’s Value, And 3 Things You Should Avoid

Op-Ed: OK, boomers, you have the time, money and skills to work for the common good

Arrested Canadian leader's stark warning to US on big government: 'You cannot take your freedoms for granted'

James Johnson is bringing the fight to Brooklyn

Remembering the Standard Club, which lived large, then passed quietly

3 Millennial Stocks for the Long-Term Investor

Save Up to 50% During Bed Bath & Beyond's Anniversary Sale: Your Guide to the Best Deals

Help! I Gave My Sister-In-Law’s Kids Oatmeal, and Her Reaction Shocked Me.

Trump renews threats to GOP over election lies: The Note

Ask a Teacher: My Colleague is So Mistaken About How to Help Her Students

Shots were fired at protesting supporters of Iran-backed Hezbollah and its main Shia ally, Amal

What to expect from FDA panel on boosters for Moderna, Johnson & Johnson vaccines

Airbus A380: Where to fly in a superjumbo as aviation returns

Brooklyn Nets star Kyrie Irving says he's unvaccinated, a day after his team says he won't be allowed to play

Norway attack suspect converted to Islam and was suspected of radicalization, police say

Austrian ex-Chancellor Kurz sworn in as member of parliament

One dead, nine injured as heavy gunfire breaks out at Beirut protests

January 6 investigators are talking about criminal contempt charges for ignored subpoenas. Here's what that means.

DC police warned other agencies before January 6 rally that attendees were urged to 'come armed,' according to new document

Norway bow-and-arrow suspect had been flagged over radicalization concerns

Kara Robinson recalls how she escaped from a serial killer in doc: ‘I was not going to be his intended victim'

Janice Dean: NY's new governor has given me a glimmer of hope related to COVID nursing home deaths

Future of child tax credit may be foggy, but its benefits are growing clearer

How to Keep the U.S. From Forgetting About Afghanistan

Looking for a Virginia mountain retreat? You likely won’t find one higher on the entire East Coast.