You have reached the cached page for https://www.digitalspy.com/movies/a867568/venom-spider-man-mcu-connections/
Below is a snapshot of the Web page as it appeared on 4/21/2021 (the last time our crawler visited it). This is the version of the page that was used for ranking your search results. The page may have changed since we last cached it. To see what might have changed (without the highlights), go to the current page.
You searched for: is venom connected to spider-man marvel far from home We have highlighted matching words that appear in the page below.
Bing is not responsible for the content of this page.
Venom connections to Spider-Man and the Marvel Cinematic Universe 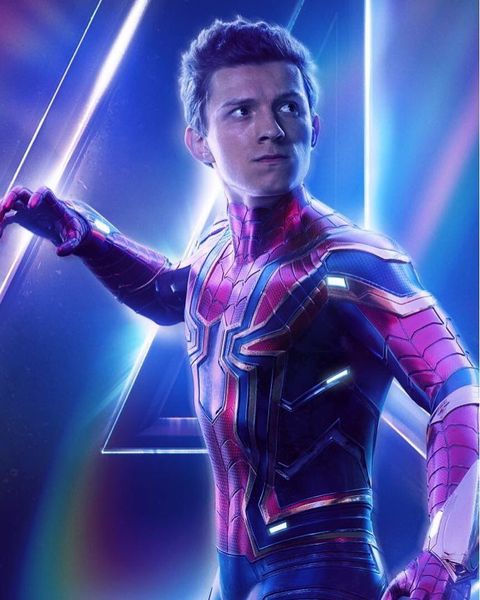 Sony Pictures' Venom occupies a strange place in the world of superhero films. While its star is a Spider-Man villain, Peter Parker's superheroic alter ego does not star in the movie. And while Tom Holland's version of Spider-Man is part of Disney's Marvel Cinematic Universe, we were told that Venom would not be related to the world of the Avengers and their allies.

That's easy for Sony and Disney execs to say during the development of the movie, but does Venom have any sneaky (or not so sneaky) nods to the existence of Spider-Man and the MCU?

We'll start with the second first. As far as can be told by watching the movie, Venom exists in a continuity separate from the MCU. Marvel's other superheroes are not mentioned, nor is there any indication that other superpowered beings exist alongside Tom Hardy's Eddie Brock.

Technically, there's also nothing overt to prevent it from coexisting with the Avengers, etc (apart from Marvel Studios president Kevin Feige standing on the Bridge of Khazad-dûm shouting, "You shall not pass!"), but no, there are no Easter eggs or other cheeky nods to it that we noticed.

Spider-Man is a slightly more complicated matter. Contrary to rumours, Tom Holland does not make any appearance in Venom, and the film no more mentions him than it does the rest of the MCU.

However, the second post-credits scene is a preview of Sony's upcoming animated movie, Spider-Man: Into the Spider-Verse, which stars not Holland's Spidey but Miles Morales (voiced by Shameik Moore), an alternate-reality version of Spider-Man.

The clip kicks off with the caption, "Meanwhile, in another universe," before showing a scene in which Miles encounters an adult version of Peter Parker (voiced by Jake Johnson) from another universe. The movie centres around Spider-People drawn from different realities for a team-up adventure.

While this clip is essentially disconnected from the rest of the film, it does hint that Venom might be part of the larger Spider-Verse. Could later films connect Hardy's hero to these other versions of Spider-Man in some way?

That will surely depend on the success of the first of Sony's Spider-Man-related movies, and the direction that they decide to take prospective future films in. But considering that the best bits of Hardy's movie are a sort of buddy comedy, he might be a better fit for a fun team-up than we expected.

Venom is out now in the UK and will be released in the US on October 5. Book tickets here.

This content is created and maintained by a third party, and imported onto this page to help users provide their email addresses. You may be able to find more information about this and similar content at piano.io
Advertisement - Continue Reading Below
More From Spider-Man
Is No Way Home a dark hint about Spidey's future?
Spider-Man star rules out a return for No Way Home
Advertisement - Continue Reading Below
Spider-Man star teases Doc Ock return in new movie
Venom 2: Everything you need to know
Big Bang star missed out on Spider-Man role
Spider-Man, AHS stars join Oscars 2021 "cast"
Spider-Man's Tom Holland to lead new TV series
Spider-Man & Stranger Things stars in new trailer
Space Jam: A New Legacy signs up Marvel's Zendaya
How to watch Tom Holland's new movie online