You have reached the cached page for https://themuppetmindset.blogspot.com/2013/06/disney-considering-taking-muppets-to.html
Below is a snapshot of the Web page as it appeared on 11/15/2021 (the last time our crawler visited it). This is the version of the page that was used for ranking your search results. The page may have changed since we last cached it. To see what might have changed (without the highlights), go to the current page.
You searched for: is the new muppet movie going to be a musical on broadway We have highlighted matching words that appear in the page below.
Bing is not responsible for the content of this page.
1 The Muppet Mindset: Disney Considering Taking The Muppets to Broadway Stage
skip to main | skip to sidebar 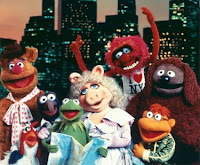  Sean Jones - It was Tuesday, June 11, 2013, at 8:30 pm. I was laying on my friend's couch, watching So You Think You Can Dance and surfing the internet. I will never forget the moment. I went to check out my favorite film blog, slashfilm.com, and I saw a picture from 2011's The Muppets. I always perk up at Muppet news, but I think my heart my have literally stopped for a moment when I read the headline: "Disney Considering 'Muppets' Stage Show." This was taken from an article originally reported by Variety.

I really felt like the earth had stopped turning. "Disney Considering 'Muppets' Stage Show." Five more glorious words had never been put together. Not even, "Hey! Free pie over here!" The five words in that headline are so miraculous, that I think they deserve to be broken down and examine individually. Let’s do that now, shall we? 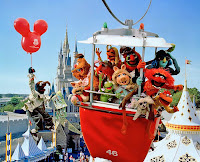 1. Disney - As in Walt. As in the Magic Kingdom. As in my life. I've always been a giant Disney fan. From going to the parks with my family, including a trip on which my best friends married each other, to all of the classic movies, Disney has always been top notch in my book. And then, they decided to breathe new life into the Muppets with a brand new, theatrically released movie. Words cannot describe the anticipation inside of me leading up the the film's release. And the same goes for the joy I felt when the movie was actually good. Really good. And now, we are all anxiously waiting for The Muppets... Again! to hit the silver screen. Disney has managed to bring the Muppets back into the spotlight they deserve. Disney rocks. 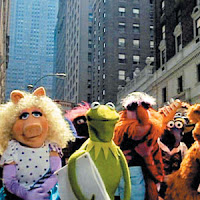 2. Considering - Now, to some, this word would be considered a bit of a downer in the context of the headline, but not in my eyes. The fact that they revealed that they are even thinking of a stage show means that they are really trying. The initial Variety article revealed that Alex Timbers, director of Broadway's Peter and the Starcatchers, aka the perfect man for the job, had put together a 15 minute presentation of what the show could look like. (That 15 minutes included 85 Muppets. I want to go to there.) So when they say they are "considering" this, it means they are REALLY considering this. Considering also means it hasn't happened yet, which means my window of opportunity is still open, but more on that in a moment. In word number 4, to be exact.

3. Muppets - I don'’t even know where to begin, mostly because I don't know where my undying adoration for these weirdos began. I grew up watching Muppet Babies, The Muppet Movie, and The Muppets Take Manhattan. I had stuffed versions of Kermit and Rowlf, and they were both, particularly the latter, very important to me. I remember getting pumped for new episodes of Muppets Tonight, I remember The Muppet Christmas Carol and Muppet Treasure Island being new and exciting. What I’m saying is, the Muppets have always held a place in my heart. However, my love for them didn't really grow until I was in my early 20s, at a very odd crossroads of my life.

I left The Ohio State University after I had finished my first year there. I left because of a couple of personal conflicts. When I left, I discovered my true love of performing on stage (again, more of that in number 4), but I also discovered how much of the Muppets I had in me. The Muppets are a wacky bunch of performers, who live to put on a show, no matter what. Their passion was my passion. I understood their need to put on a show. I understood the way that their mixed bag of personalities came together to create the perfect family. My time with the Muppets in those years after OSU lead me to follow my passion in life. Which finally brings us to... 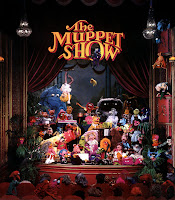 4. Stage - I am now heading into my junior year of being a musical theatre major at Wright State University. I am finally happy. I am doing what I love on a daily basis and I am learning so many skills that I can add to my tool kit as a performer and artist. I am completely consumed by the stage, but I sort of always have been.

I live to put on a show, no matter what. Almost every friend I have has come from a theatre experience, and we are definitely a mixed bag of personalities. I really do owe a lot of this to the Muppets. They made me see how important it is to follow your passions. And now, two of my passions, the Muppets and the stage, could finally come together in the real world. I don't know what the show will be like. I don't know what the cast of human characters will include, but I do know that if there is a part that is right for me, I will do whatever it takes to get it. And if there isn't a part for me, I will do whatever it takes to get to that theatre and see the show, as many times as possible.

So, there they are, five words that I won't be able to get out of my head for quite some time. No matter what becomes of this considered stage show, I am glad that the idea is out there, floating in the minds of the creative forces. I am even more glad that someone is trying to bring the Muppets to life in a whole new way. If, and when, the show opens, be it on Broadway, in a Disney park, or on a Disney cruise, know that I will be there, either in the audience or up on there on stage, with the friends who have turned my life around in the best way possible. 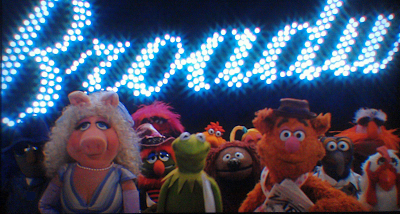 Get Into The Muppet Mindset!

Ryan Dosier
United States
A life-long Muppet and Disney fan with a desire to spread the word about both fandoms.