'The Little Stranger' Ending Explained: Was The House Really Haunted?

Here it The Little Stranger ending explained. The movie is a gothic drama ghost story that follows Dr Faraday, who visits an old house that his mother worked in 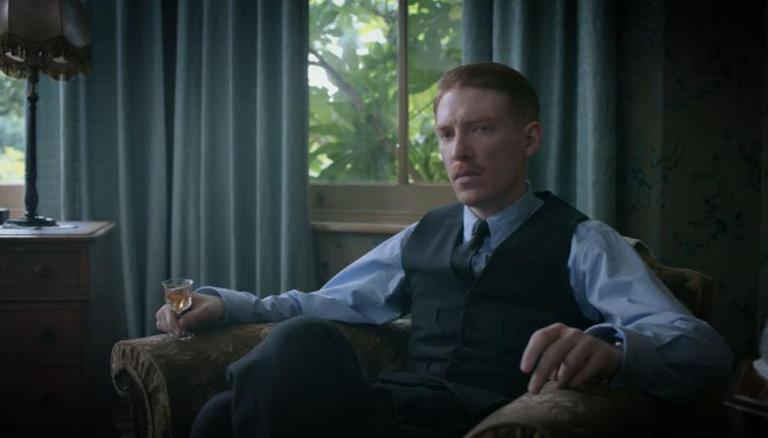 The Little Stanger released back in 2018 and is a gothic drama film by filmmaker Lenny Abrahamson. The movie is based on a novel of the same name by author Sarah Waters. The movie was loved by critics and audiences for its spooky atmosphere and interesting themes. The Little Stanger told the story of a doctor who visited his mother's old house. However, there is something strange about the house, as most of its owners have died under mysterious circumstances. Here is an explanation for the ending of The Little Stanger.

The Little Stanger has many unanswered questions that fans have pondered over for years. The ending of the film is also ambiguous and confusing for many people. The Little Stanger follows the story of Dr Faraday, who is returning to a house that his mother worked in when he was a child. Faraday forms a bond with the family in the house and also falls in love with the family's youngest daughter, Caroline.

However, the family starts to go insane one by one. The matriarch of the family believes that the house is haunted by her dead daughter Susan, which causes her to slit her own wrists. Meanwhile, the eldest son is a war veteran suffering from PTSD, who burns his own room after losing his mind. Caroline is the only member of the family who survives till the end and gets engaged to Dr Faraday.

But things take an unexpected turn when Caroline breaks off the engagement and decides to sell the house. Caroline then dies by falling off the stairs of the house. The last word she says before her death is "You". Dr Faraday confirms her death to be a suicide. However, before Faraday leaves the house, a spectre of a young boy can be seen watching him. This spectre is none other than Dr Faraday as a child. This ending is confusing for many fans, as the spectre of young Faraday has no concrete explanation.

Who was the killer in The Little Stranger?

Also Read | 'Bye Bye Birdie' Cast: A List Of The Actors And The Characters They Play

Some fans believe that the young Faraday at the end signified that Dr Faraday was Caroline's killer. However, this is never confirmed and it very likely that Caroline was killed by the ghost of the house. Fans speculate that the ghost must have taken the form of Dr Faraday before killing Caroline, which is why she yells "You" in the end.

Is The Little Stranger a ghost story?

While the movie never outright confirms the existence of ghosts, it is undoubtedly a ghost story. Doors lock on their own and various objects move around the house without explanation. This confirms that the house is certainly haunted. However, it is unknown whether the haunting was what killed the family or was it their own mental illness. Moreover, Caroline's death is even more mysterious, as she could have been killed by the ghost, by Faraday, or she could have just committed suicide.