You have reached the cached page for https://www.thegamer.com/best-survival-horror-video-games/
Below is a snapshot of the Web page as it appeared on 2/26/2021 (the last time our crawler visited it). This is the version of the page that was used for ranking your search results. The page may have changed since we last cached it. To see what might have changed (without the highlights), go to the current page.
You searched for: is the game of survival horror a forefather summary We have highlighted matching words that appear in the page below.
Bing is not responsible for the content of this page.
The 10 Best Survival Horror Games | TheGamer
By Jeff Drake Published Aug 09, 2019
Email

In the early days of gaming, survival horror games were probably the most underrepresented category. As graphics got better, which allowed for more realistic environments, the genre has become more and more popular. In fact, one of the biggest disappointments of the current generation of consoles was the cancellation of P.T., which was supposed to continue the Silent Hill series. Survival horror games are unmatched at giving players an adrenaline rush and provoking panicked responses. That’s why we love them so much⁠—for the emotional and instinctive responses they force out of us through moments of complete and utter terror.

RELATED: 10 Old Horror Video Games That Were Terrifying (But Need A Remake Today)

This game is made for use with the Oculus Rift and to be honest, if it was intended to be played on a television or monitor it wouldn’t be on this list. However, because it is played with a VR headset, it provides an extremely horrific experience. You play as a young boy named Thomas whose family has moved into a new house. Thomas finds a recording of a little girl chronicling her experience dealing with the Boogeyman and how to survive. The game takes place in Thomas’ room over the course of several nights, and it is up to the player to keep him safe from the Boogeyman.

The player/Thomas is armed only with a flashlight, which you use to scare the Boogeyman away. Unfortunately, the batteries in the flashlight do not last long enough to make it through one night, let alone multiple nights. The moments when your flashlight starts to dim, and you are forced to leave the safety of your bed to look for more batteries, are terrifying.

I debated whether this game qualified to be on this list. It is certainly a horror game, but it is a little more of action horror than survival horror. But Resident Evil 4 (or 4 Resident Evil) is so good that on the margins doesn’t matter. In this iteration of the series you play as special agent Leon Kennedy as he searches for the daughter of the president in a rural village.

There are plenty of jump scares and menacing moments, like a large group of villagers slowly advancing with weapons drawn, that are great at making even hardcore gamers panic. This was originally a GameCube exclusive, but the Wii version is even more intense due to the use of the motion controls.

Dead Space is a survival horror game set on a huge spaceship. The player controls the ship’s engineer Isaac Clarke as he tries to make repairs, all while fending off gruesome creatures and attempting to discover what happened to the crew. Dead Space is one of the better games of the last console generation.

RELATED: No One Can Hear You Scream: 15 Things You Didn't Know About Dead Space

The graphics and audio in Dead Space set the standard for third person action games on the PS3 and Xbox 360. Seriously, the graphics are good enough that this game could easily pass for a PS4 or Xbox One game, which is even more impressive considering the PS3 and Xbox 360 had not been out that long when Dead Space was released. If you enjoy jump scares and sci-fi settings, this game is for you.

This is very different from the Friday the 13th game on the NES. This one is actually good. The game starts with a group of camp counselors sitting around a campfire as Jason Voorhees approaches. The group scatters as Jason cuts one of the counselors down with an ax. As one of the counselors, it is up to you to survive for 20 minutes as Jason hunts the rest of your group down.

RELATED: 10 Tips To Level Up Fast On Friday The 13th

The game can be played alone or via online multiplay; you even have the option of hunting down the camp counselors as Jason. There are several variants of Jason to choose from, including a version from the NES game with purple clothes. The sheer panic that takes over you as Jason begins smashing through the door is a very fun experience.

This game was another GameCube exclusive, but unlike Resident Evil 4, it never got remastered. It really deserves a remaster and update. In Eternal Darkness, you play as Alexandria Roivas as she explores her family’s estate and tries to maintain her sanity. The game features an interesting mechanic, later patented by Nintendo, where Alexandria has a sanity meter. If the sanity meter gets too low, Alexandria will begin experiencing hallucinations, such as bleeding walls. This game mechanic really heightens the tension while playing, because sometimes what you're seeing is not a hallucination.

The original developers of Eternal Darkness have tried crowdfunding to make a sequel, but that failed when one of the primary designers was arrested.

The original System Shock was a revolutionary game for the time. When System Shock 2 was released, it was almost immediately labeled a classic. The premise of System Shock 2 is somewhat similar to Dead Space. In fact, Dead Space was originally going to be System Shock 3. System Shock 2 begins with the player awaking alone in the med-bay of a starship. The player soon discovers the crew has become infected with a parasitic hive mind called the Many.

RELATED: The 10 Scariest And 10 LAMEST Horror Games Of All Time

The supercomputer called SHODAN from the first game is discovered to be responsible for the infection, but has lost control of its creations. It is up to the player to stop the infection before it spreads. System Shock 2 is truly one of the greatest games ever made, and even though it is twenty years old, it has held up quite well.

Outlast heavily borrows concepts from other games, but it’s such a fun game that its lack of originality is easily forgivable. The player can look through a camera with night vision capabilities to see in the dark to reveal objects that cannot be seen normally. This game mechanic was first used in a survival horror game called Fatal Frame (which is not on this list but still a great game). The player has no means of defending themselves in Outlast. The goal is to survive, not to defeat enemies. Outlast is chock full of jump scares and intense, panic-filled moments where you are running for your life from insane murderers.

Here’s the best description available for Alien Isolation: ten minutes of anticipation followed by ten seconds of sheer terror. In Isolation, the player is trapped on a space station with a xenomorph from the Alien franchise. The game takes place years after the first Alien movie, with the player controlling Amanda Ripley, the daughter of Sigourney Weaver’s character from the movie. Watching the alien wander around as you hide under a desk or in a locker is one of the most stressful moments you will ever have playing a video game—and you will love every minute of it.

Alan Wake is a great survival horror game for the Xbox 360 and PC. In Alan Wake, you play as the game’s namesake, a writer of psychological thrillers, as he and his wife take a vacation in a secluded mountain town. Soon after arriving, Alan’s wife Alice is taken by a supernatural force. As the player attempts to rescue Alice, they begin to learn that all is not as it seems in the quiet mountain town.

Alan Wake was obviously inspired by the television show Twin Peaks, with a similar story and setting. The player uses a flashlight to defeat enemies, and the developers did an excellent job with the lighting effects. One of the best aspects of Alan Wake is the game’s pacing. The game delivers a non-stop thrill ride that seldom gives the player a respite.

RELATED: The 10 Scariest Things To Ever Happen In A Silent Hill Game

The ambient music in this game is enough to give any player the chills. In Silent Hill 2 you play as James Sunderland as you explore the town of Silent Hill, looking for your missing wife. As you explore the town, you begin to unearth clues about her fate. This is a must-play for any fan of survival horror games, and it is widely considered the best of the genre.

NEXT: The 10 Scariest Horror Games Of This Generation 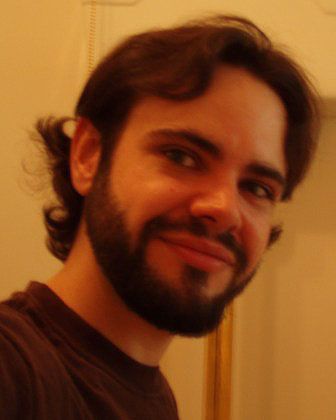 Graduate of Sam Houston State University -- Class of 2011 B.A. in History, minored in Political Science I have lived in the Houston TX area my whole life; love the winters...hate the summers. I have conducted scholarly research on, and written about, the use of ballooning for reconnaissance purposes during the U.S. Civil War, tort reform, voter initiatives and referendums, the formation of civilization, Ancient Rome, Mesopotamia, and the major religions. I am also an avid gamer and have researched the history of electronic entertainment extensively.

10 Things To Do After You Beat Hyrule Warriors: Age Of Calamity

Roblox: 10 Games To Play If You Love Combat

10 Pokémon That Shouldn't Be Mythical

Stardew Valley: Which Skill To Level Up First (And Their Best Talent)

Mass Effect: 10 Vital Facts About Kaidan Alenko You Should Know

Read Next in gaming

Pokemon: The 5 Best Types (& 5 That Are Overrated)

Stardew Valley: 10 Tips For Farming Iridium In Year One

The 10 Best RPGs Of The Generation (According To Metacritic)

Final Fantasy: Which Games Are Co-Op?

10 Best Headphones To Use For PC

Pokemon Sword & Shield: 10 Rare Event Pokemon You Can Only Transfer From Older Games