You have reached the cached page for https://steamcommunity.com/app/1151340
Below is a snapshot of the Web page as it appeared on 11/28/2021 (the last time our crawler visited it). This is the version of the page that was used for ranking your search results. The page may have changed since we last cached it. To see what might have changed (without the highlights), go to the current page.
You searched for: is popcorn time offline on pc We have highlighted matching words that appear in the page below.
Bing is not responsible for the content of this page.
Steam Community :: Fallout 76
Login Store
Home Discovery Queue Wishlist Points Shop News Stats
Community
Home Discussions Workshop Market Broadcasts
Support
Change language
View desktop website

© Valve Corporation. All rights reserved. All trademarks are property of their respective owners in the US and other countries. #footer_privacy_policy  |  #footer_legal  |  #footer_ssa  |  #footer_refunds

Fallout Worlds brings unique adventures in Appalachia with rotating Public Worlds and grants players the tools to build their own player-created Custom Worlds.
-75%
$39.99
$9.99
Visit the Store Page
Most popular community and official content for the past week.  (?)
Nominate Fallout 76 for "Labor of Love" at the Steam Awards!
Nov 24
It’s been just over three years since players first emerged from Vault 76 and started their journey to rebuild Appalachia - and rebuild, you have! Thanks to all your love and support, we’ve seen Fallout 76’s population grow to over 11 million players!

Since launch, we strived to shape Fallout 76 with player input, whether that was your feedback or through your participation in our Public Test Server. Together, we welcomed new faces to the Wasteland with the addition of NPCs in Wastelanders, and we reintroduced Appalachia to the Brotherhood of Steel with the arrival of Steel Dawn and Steel Reign.

We’ve also seen players take Appalachia into their own hands with Fallout Worlds, which let them customize exciting new ways to experience the game. As 2021 comes to a close, there’s still lots to look forward to in 2022 for Fallout 76.

It’s been an incredible journey so far, and we’d like to ask your help once more for a nomination for the “Labor of Love” award at the Steam Awards. We’ve come a long way together and we can’t wait to share what we’ve accomplished and how we’ve grown with your help.

Speaking of support, check out our latest infographic for some more Fallout 76 fun made possible by you!

Fallout 76
368
98
Tips on maxing storage capacity
I am currently trying to go through my storage and maximize its capacity but this is getting rough. I can't just collect a random item or two because it will take up needed space and I'm getting to the point of just throwing away Plans and Recipes cause that .25 weight is starting to mean something and no one is buying anything off the vendor so its just weighing down my storage. Anyone know ways on better dealing with the limited storage size?...
2 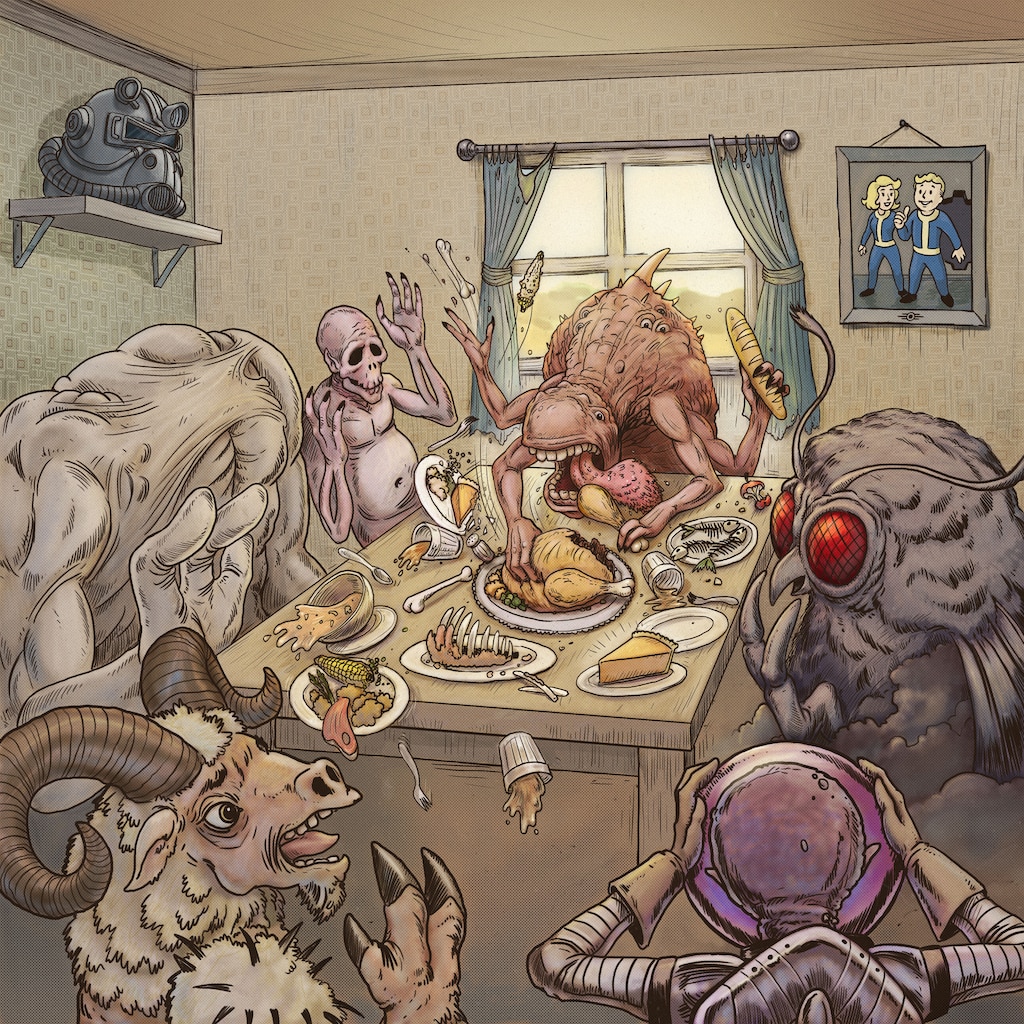 Recommended
1,351.1 hrs on record
This game has helped my family get through the Pandemic playing together in Appalachia. We have been enjoying the friendly interaction of a multiplayer game with great graphics, exciting quests, and the ability to create your own camps and shelters. The updates have kept Fallout 76 current and refreshing. I really like the scoreboards and holiday updates. Keep it coming Bethesda! 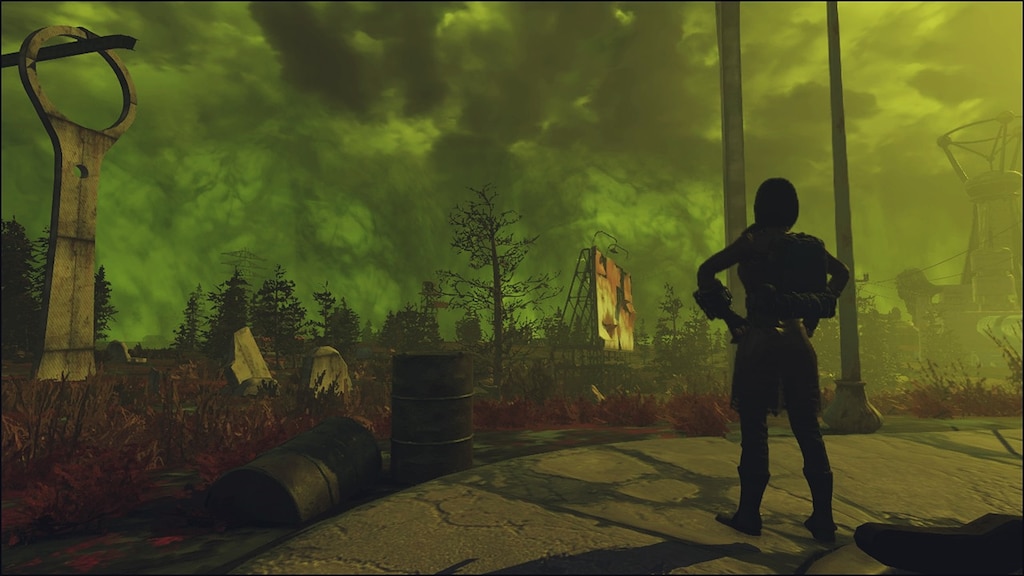 Recommended
220.4 hrs on record
You either hate it or love it 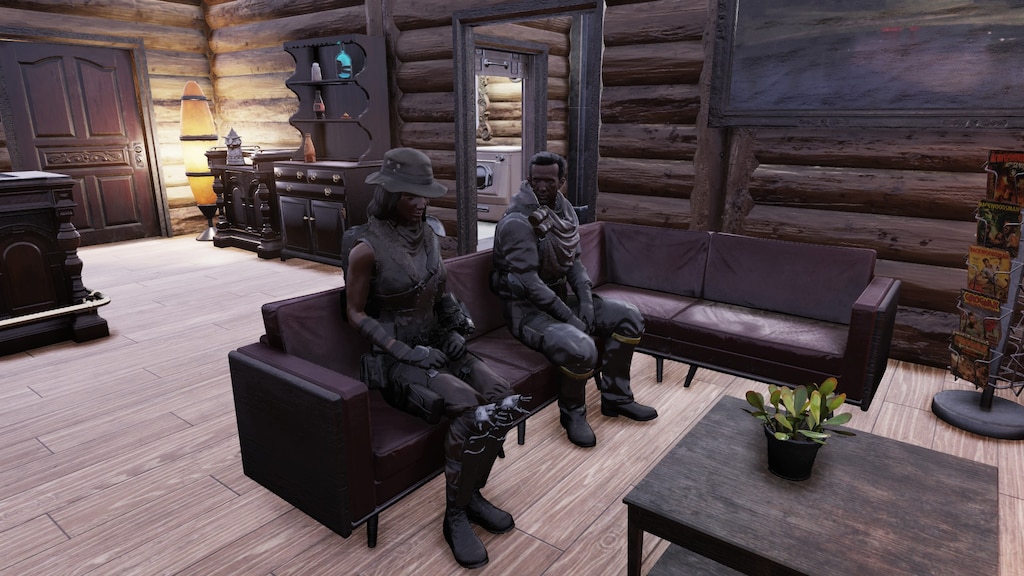 Not Recommended
115.8 hrs on record
Developers are holding storage space ransom for $20 a month on a title I paid an A-list price for.

This annoys me every time I try to manage my inventory.

Instead of putting effort into offering me more content, they're proving they can make the game worse unless I pay them extra. Congrats? 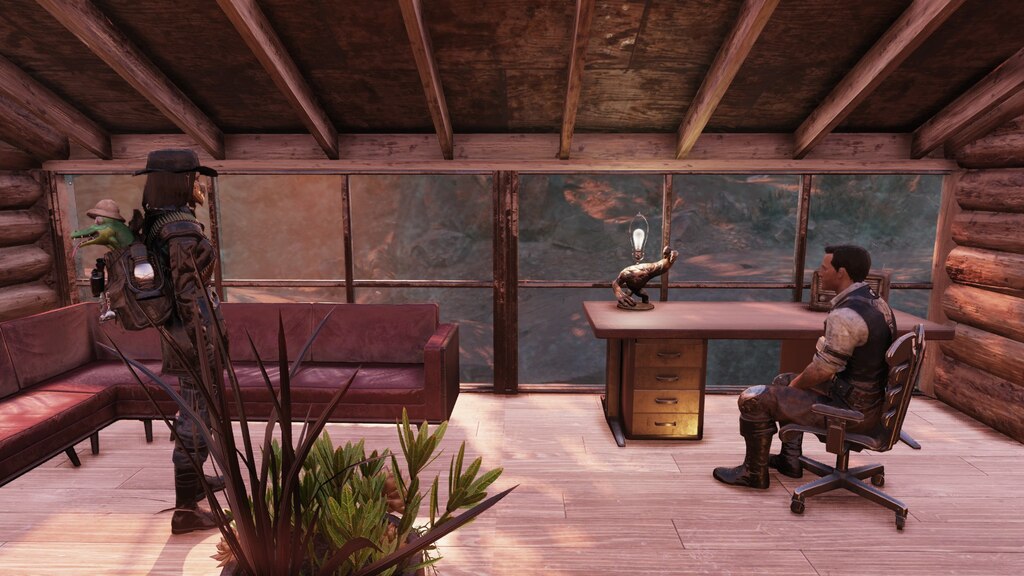 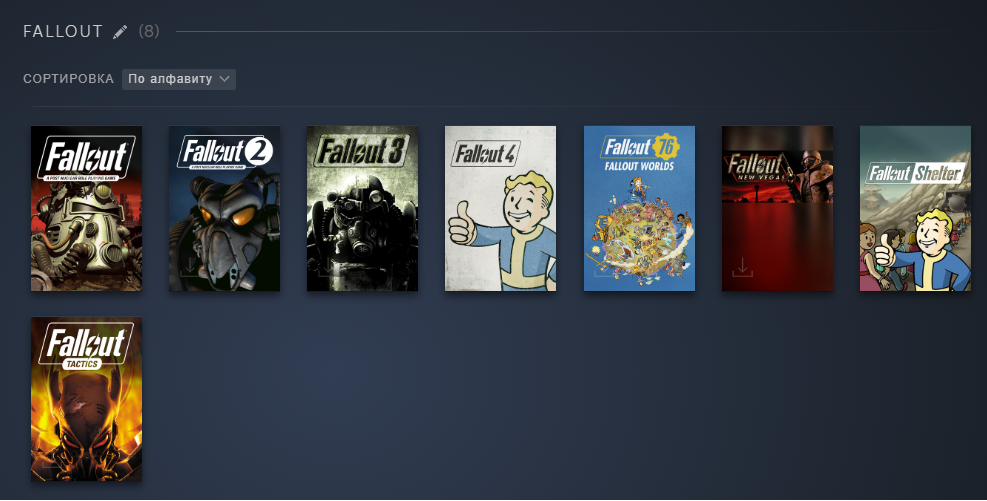 Fallout 76 (New Players Guide)
This is a guide mainly for those new to the game to help get started. I basically grinded my way to level 100+ before I really started doing any questing & I did most of it alone as I have no friends in real life who play or even like this game. I was fort... 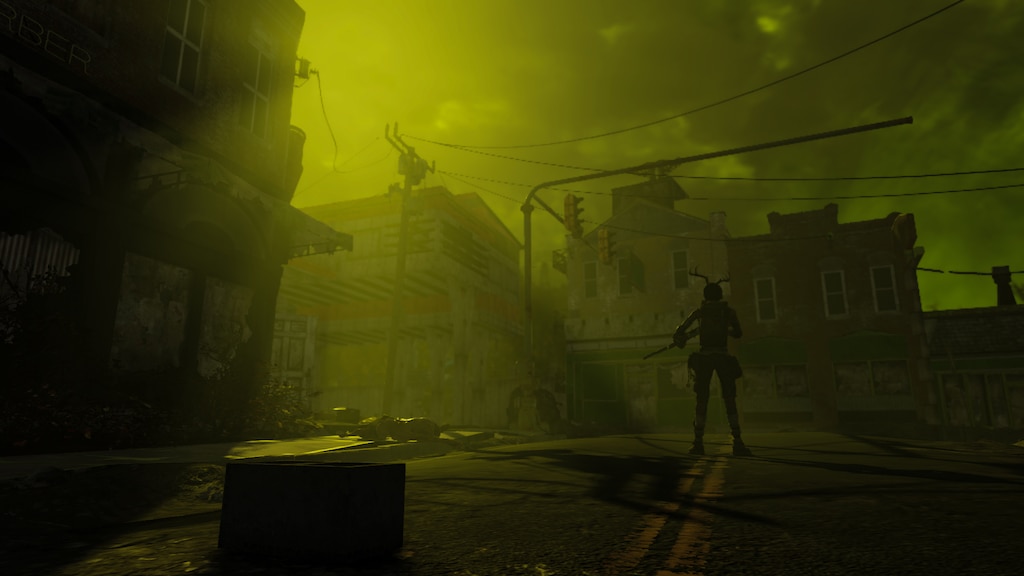 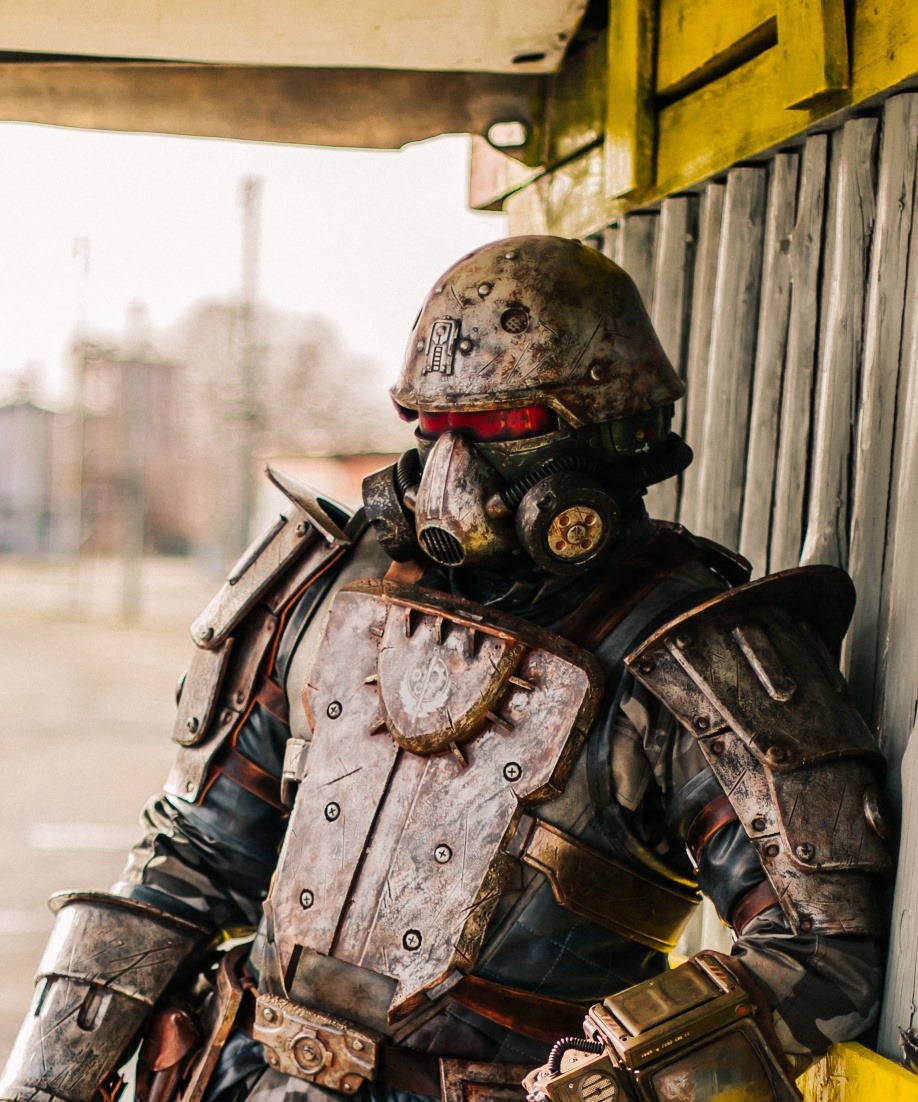 1
1
Another day at Brotherhood - CyperianWorkshop 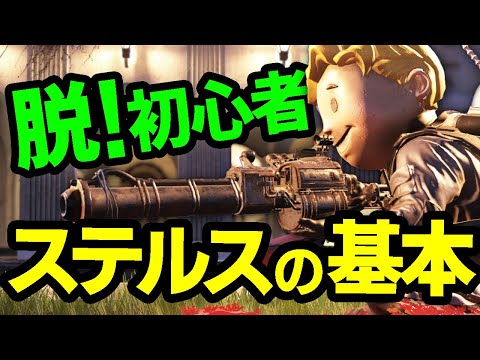 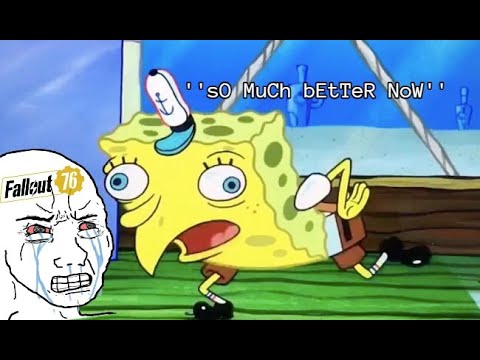 0
5
Fallout 76 Is aCtUaLlY So mUcH BeTtEr nOw 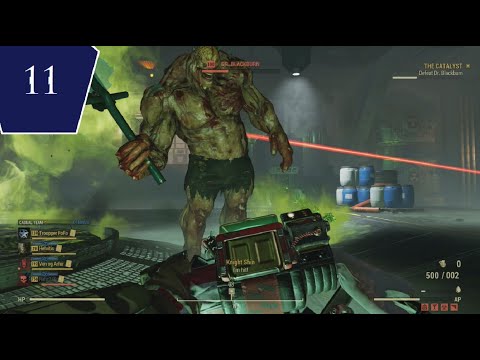 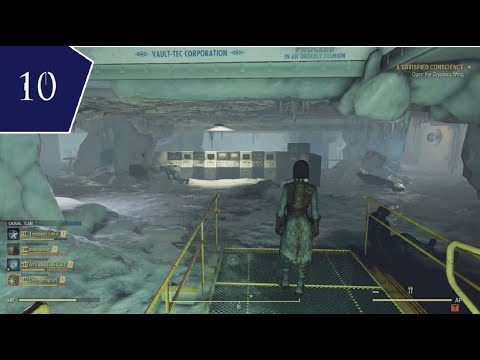 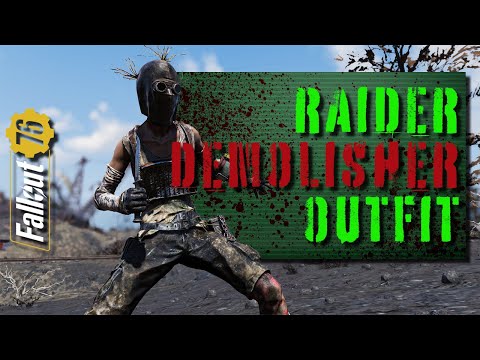 S.H.A.M.A.N.ыч
View all guides
Is there a way to do a hard reset?
So I haven't played this game since before Wastelanders. It needed more content and I was willing to wait it out. I've seen there have been a bunch of updates to weapons and damage and I would really like to toss my old build. I've seen the punch card stations to change my S.P.E.C.I.A.L points, but all my old cards are built around heavy guns. I remember leveling up after 50 lets you choose new cards, but is there anyway to essentially reset all my cards? And go through all my card packs again? This build ...
6

SirNichlaus
1 hour ago
General Discussions
Imposter Sheepsquatch
They need to buff his health. I have yet to be able to tag him before he dies. It is annoying.
3

cravnmore
1 hour ago
General Discussions
Search for Wood
I've been having a hard time finding wood, any tips? Like is there a way to highlight it?
6

Jinobe
3 hours ago
General Discussions
Fallout 76 Update Notes – October 19, 2021
Oct 19
Halloween is descending on Appalachia with our latest update for Fallout 76, which arrives today. Scare up some fun over the next two weeks by hunting down Spooky Scorched, trick-or-treating at others’ C.A.M.P.s, and by giving out candy from your own home. Read on to catch all the details.
---
Update Highlights
---
Update Version 1.6.1.18
PC (Steam): 9.3 GB
---
Spooky Scorched Are on the Prowl
Halloween is almost here, and some of the Scorched are getting into the spirit of the season by dressing in their most festive costumes as they creep around Appalachia! From now until November 2, whenever you spot “Spooky Scorched” during your adventures, or hear their spine-chilling holiday sounds, it’s time to go on the hunt. ---
Trick or Treat!
The Scorched won’t be the only ones haunting the Wasteland this Halloween! From now until November 2, you can dress up in costume to go trick-or-treating around Appalachia with your friends, and even give out candy to trick-or-treaters who visit your home. Along the way, you’ll be able to complete new trick-or-treating Challenges to earn rewards.

Pass Out Candy to Trick-or-Treaters
Visit the Atomic Shop to claim a free Spooky Candy Bowl before November 2, build it in your C.A.M.P., and fill it with Mystery Candy for trick-or-treaters to enjoy. Your C.A.M.P. will display a pumpkin icon on the Map once you’ve added Mystery Candy to your Spooky Candy Bowl, which will let other Dwellers know they are welcome to stop by for a treat. Over the next two weeks, you will receive Daily and Weekly Challenges to give out candy, which you can complete to earn rewards!
Go On the Hunt for Candy!
Dust off your favorite costume, grab a few friends, and leave space in your pack for plenty of candy, because it’s time to trick or treat your way around the Wasteland! Each day until November 2, you will receive a new Daily Challenge to trick or treat at other Dwellers’ C.A.M.P.s. Make sure you’re wearing a costume when you take Mystery Candy from someone else’s Spooky Candy Bowl to ensure you’ll receive Challenge credit. ---
Bug Fixes & Additional Improvements
Art
C.A.M.P.s & Workshops
Daily Ops
Events & Quests
Items
Localization
Performance & Stability
Sound
User Interface
World

Fallout 76
953
97
How important is Intelligence really?
Hey Vault Boys and Girls. I'm kinda new but I'm digging the stealth archer play style. I read that I can get more experience by pumping into intelligence but will it really make a big difference in level up speed or can I just leave it at 5 for crafting ?...
6

Returning to where you were last on this page...
Cancel