You have reached the cached page for https://www.healthadel.com/how-long-is-scarlet-fever-contagious/
Below is a snapshot of the Web page as it appeared on 8/9/2020 (the last time our crawler visited it). This is the version of the page that was used for ranking your search results. The page may have changed since we last cached it. To see what might have changed (without the highlights), go to the current page.
You searched for: is mountain fever contagious in adults We have highlighted matching words that appear in the page below.
Bing is not responsible for the content of this page.
How Long is Scarlet Fever Contagious? – HealthAdel
≡ Menu

How Long is Scarlet Fever Contagious? 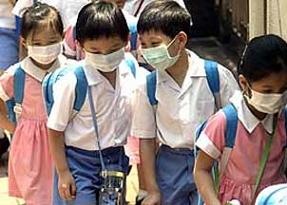 What is Scarlet Fever?
Scarlet fever is a bacterial illness that is accompanied by a distinctive rash and a sore throat. It is a rare condition in the western world today and when it does occur it is typically very mild. However, it is highly contagious and can be passed from person to person in a similar way to a cold. Anyone of any age can catch scarlet fever although it is most commonly experienced in children between the ages of four and eight.

Scarlet Fever Symptoms
Scarlet fever symptoms usually begin to appear after 24 hours of infection with the distinctive rash appearing somewhere between 12 and 48 hours after the fever. Scarlet fever symptoms include:
• A sore throat
• A headache
• A high temperature
• A general feeling of unwellness
• Swollen glands around the neck
• A loss of appetite
• A white coating on the tongue which peels leaving the tongue red and swollen (otherwise known as strawberry tongue)
• Nausea
• Vomiting

After the initial symptoms are experienced the distinctive scarlet fever rash will appear. This will usually start in one place and then spread to other parts of the body, except for the face. This will generally last for six days.

If you experience any of the above scarlet fever symptoms it is vitally important that you speak to your doctor as they are very similar to the symptoms of other diseases such as toxic shock syndrome which can be fatal if left untreated.

Scarlet Fever Treatment
Mild cases of scarlet fever require no treatment and the symptoms usually go away on their own within one week. For more severe cases the main scarlet fever treatment is antibiotics accompanied by fluids, calamine lotion (for the rash) and paracetamol. There are also a number of homeopathic and herbal remedies that can be taken.

Is Scarlet Fever Contagious?
Scarlet fever can be caught by either touching or breathing in the airborne bacteria or even by sharing contaminated bath towels or bed linen. It is highly contagious and can easily be passed from person to person. Scarlet fever in children is much more common than in adults as after the age of ten, the body builds up a natural defence to the disease. It is also uncommon in children aged two and younger, as they still have immunity from their mothers.

Scarlet fever is contagious until the sufferer has been taking antibiotics for at least 24 hours. Most doctors will advise parents to keep their children out of school for five days after commencing treatment. If scarlet fever is not treated with antibiotics it can be contagious for as long as three months.