You have reached the cached page for https://www.amazon.com/Mollys-Game-Jessica-Chastain/dp/B07B4NGGV8
Below is a snapshot of the Web page as it appeared on 11/26/2021 (the last time our crawler visited it). This is the version of the page that was used for ranking your search results. The page may have changed since we last cached it. To see what might have changed (without the highlights), go to the current page.
You searched for: is molly's game on hbo series 2019 2020 schedule on netflix We have highlighted matching words that appear in the page below.
Bing is not responsible for the content of this page.
Watch Molly's Game | Prime Video 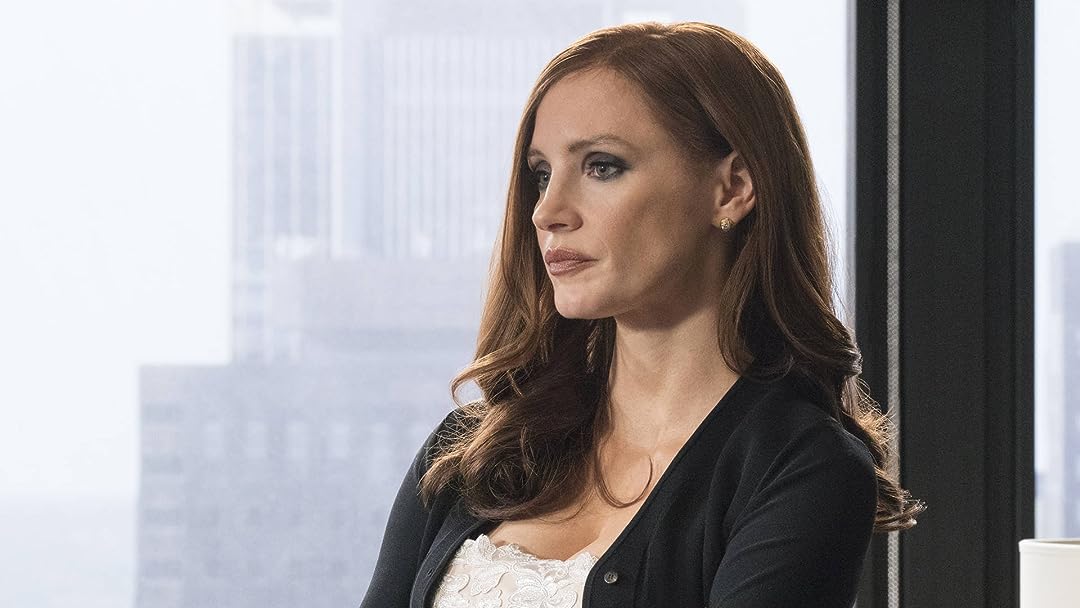 (5,993)
7.42 h 20 min2017X-RayR
MOLLY'S GAME is based on the true story of Molly Bloom, an Olympic-class skier who ran the world's most exclusive high-stakes poker game for a decade before being arrested in the middle of the night by 17 FBI agents wielding automatic weapons. Her only ally was her criminal defense lawyer Charlie Jaffey, who learned that there was much more to Molly than the tabloids led us to believe.

Roger MooreReviewed in the United States on April 25, 2018
5.0 out of 5 stars
A Sorkin Classic
Verified purchase
If you liked West Wing and Newsroom, both Aaron Sorkin creations, and appreciate really good dialog, this movie stands out. Not so much for a boomerang, twist and turn plot, but rather a movie where every character no matter the role, seem perfectly interesting in so many ways.
32 people found this helpful

LPReviewed in the United States on June 17, 2019
5.0 out of 5 stars
The Story of the Hostess of the Most Decadent Man Cave in the World
Verified purchase
My cousin Chris suggested that I checkout the movie Molly's Game. Since Chris never steers me wrong with his movie picks, I kept a look out for the movie on the DirecTV premium channels. Let's not talk about how long that actually took. Anyway, within 3 weeks of first seeing the movie, I proceeded to re-watch it three times, read the book, and buy the DVD. The movie tells the true story of Molly Bloom's ups and downs through the high-stakes poker world. Molly was ranked third in the US in women's skiing. While taking a year off between skiing and law school, Molly inadvertently finds herself hosting a weekly poker game in LA with the rich and famous. A falling out with one of the players causes her to start over across the country in New York. Eventually, she has to deal with the Mafia and the FBI. I was captivate with this movie. It's fast paced and never dull. When I read the book, I discovered that the major incidents it depicts really happened, which made the story all the more fascinating to me. Needless to say, I love this movie. I especially like the interplay between Jessica Chastain (Molly) and Idris Elba (Charlie Jaffey). So, I pass Chris' recommendation on to you as a movie that you should take the time to watch.
13 people found this helpful

Jack E. LevicReviewed in the United States on April 16, 2018
4.0 out of 5 stars
SLOW MOVING AT TIME BUT A FASCINATING LOOK AT A BRILLIANT WOMAN
Verified purchase
I was in no hurry to see MOLLY'S GAME in the theater wondering how a movie about an illegal poker game would be interesting. I waited for the video and had a nice surprise. Jessica Chastain does a fine job as real-life Molly Bloom. Molly grew up in a family of high achievers only to suffer an injury that kept her from being an Olympic skier.

So what is a failed Olympic skier to do with her life but use her brilliant mind to create a high-stakes poker game. Molly's organized games skirt the line between legal and illegal. But, if rich people want to play poker, where is the harm. Unfortunately, Molly comes to the attention of the FBI and her world is turned upside down.

MOLLY'S GAME can be slow moving at times and Molly is not a particularly awe-inspiring character but her fight to clear her name becomes part of the journey. It can be amazing to think the movie is based on a real-life character. Maybe it's not the most exciting movie, but it is fascinating to see how Molly Bloom created her world of poker. Molly says early on that names have been changed so it makes one wonder who the "famous" actors and musicians are in real life. A little mystery is fun.

Justin MReviewed in the United States on January 12, 2019
3.0 out of 5 stars
More like an audiobook
Verified purchase
I've never seen a movie with more narration. Literally. I understand most people (including me) aren't experts on poker and some of the dialogue may have been necessary. But Jesus, it felt like more than half the movie was narration. Aaron Sorkin has never had much respect for his audiences, but he took that to a new level here.

But it's still a good story with some excellent performances. It deserved a better directing effort.

Jay LaneReviewed in the United States on October 15, 2018
4.0 out of 5 stars
Her Face on a Box of Wheaties
Verified purchase
Opening on Christmas Day is a brightly wrapped gift from writer/director Aaron Sorkin, based on the autobiographical book by Molly Bloom, who recounts her experiences as an Olympic-class skier, director of an exclusive high-stakes poker game and then a target for 17 FBI agents with automatic weapons. At least she recruits one ally, a criminal defense lawyer. We get to watch this R-rated drama unfold in fascinating detail.

Part of Sorkin's cast:
* Jessica Chastain ("The Zookeeper's Wife") Molly is a winner because her father won't accept any less. It's clear that she is the smartest person in the room.
* Jeremy Strong ("Masters of Sex") Dean is her first boss. Acid-tongued, insulting and demeaning, he will never win a Mr. Congeniality contest.
* Idris Elba ("Luther") Attorney Charlie reluctantly steps up to the plate; the FBI has a pretty solid case, so he can only hope her book sells well. Eventually, he comes to think that her face belongs on a box of Wheaties.
* Kevin Costner ("Hidden Figures") Larry is worried about Molly because he knows his daughter knows more than she knows she knows.
* Michael Cera ("Arrested Development") Player X has a lot more invested than I expected.
* Graham Greene ("Longmire" and "Maverick") Judge Foxman is in charge. Do NOT miss his summation!

This R-rated drama has excitement, humor, and Sorkin's patented rapid-fire dialog......but it also has drugs and abrupt violence (no blowie uppie stuff). Molly's clothes are outstanding enough that her costume designer Susan Lyall should get special mention. The real Molly Bloom claims she never wore the same outfit twice, so check out those clothes!

Naturally we like to guess the names of those high-stakes gamblers because her "guests" include sports figures, movie stars, Hollywood movers and shakers, professionals from Jersey, and the Russian mob. This of course is the crux of the problem, the FBI wants their names, too.

BTW, I was grateful for the captions on the DVD. Sorkin wrote the script and I didn't want to miss one word.
3 people found this helpful

Tony R.Reviewed in the United States on July 18, 2018
4.0 out of 5 stars
A Fine Drama With Strong Performances
Verified purchase
Based on the true story of Molly Bloom, an Olympic level downhill skier who ran one of the most successful high stakes poker games in the world. Jessica Chastain does a superb job of exposing this woman's fears and strengths as she climbs her way to the top of what was a 'man's' game to her tumble from it. Idris Elba as her lawyer Charlie Jaffey, matches Chastain's tough as nails character with his own struggles defending Bloom to eventually respecting and understanding her. The character strengths of each emerge as both actors make the most of their parts. Successful screenwriter Aaron Sorkin (The West Wing, The American President, A Few Good Men) provides a taut script as well as assuming first time directorial duties and delivers a low key but riveting movie. In the era of superhero movies with massive CGI and big budgets, it's good that Hollywood can still deliver a quiet drama that shines a strong light on moral questions and ambiguous answers. Highly recommended.
4 people found this helpful

♡ Pain Warrior ♡Reviewed in the United States on January 6, 2021
5.0 out of 5 stars
The Risky World of High Stakes Poker♠️♥️♣️♦️
Verified purchase
This movie deserves nothing less than 5 stars. It's brilliant! Jessica Chastain is perfect in the role of Molly Bloom, a highly driven and intelligent woman who ran high stakes poker games. She was an Olympic skier until an injury diverted her path into the risky world of poker. Oddly enough, I can relate with this story, which made it even more enthralling for me to watch.

Molly eventually began taking a rake from the games, which led them to become illegal. She got tangled up with the Russian mafia, the FBI, and rich, powerful men. Her story is an incredible one, the dialogue is extremely smart, and the acting is excellent. This is Aaron Sorkin's directorial debut and if you like The Newsroom you will like this. Also, if you like this, you will like Miss Sloane, a film where Chastain's character parallels Molly's character in many ways.

Molly's Game is one of the best movies I've ever watched and by far one of the best poker movies ever made. It's memorable, fascinating and well worth watching!
One person found this helpful

LSTReviewed in the United States on January 12, 2020
5.0 out of 5 stars
Excellent and apparently not for everyone
Verified purchase
This is a thinking person's movie. There is some very important psychoanalysis as a thread running through, there is poker and how it gets played both at the table and away from it, a good bit about the law and the story of how a life gets lived. Kevin Costner and Idris Elba are utterly outstanding. Chastain is excellent as is Mr. Cena. It is slow at the beginning, it gets slow again in the middle as new characters enter the scenes, and then it pays off huge at the end. As usual, on amazon, the one star reviews are mostly about issues other than the movie - but I don't believe I've ever seen a movie rated this high. It deserves it.
One person found this helpful
See all reviews
Back to top
Get to Know Us
Make Money with Us
Amazon Payment Products
Let Us Help You
EnglishChoose a language for shopping. United StatesChoose a country/region for shopping.
© 1996-2021, Amazon.com, Inc. or its affiliates