You have reached the cached page for https://www.amazon.com/Heart-Sea-Ron-Howard/dp/B01AH3QSEG
Below is a snapshot of the Web page as it appeared on 1/18/2021 (the last time our crawler visited it). This is the version of the page that was used for ranking your search results. The page may have changed since we last cached it. To see what might have changed (without the highlights), go to the current page.
You searched for: in the heart of the sea movie We have highlighted matching words that appear in the page below.
Bing is not responsible for the content of this page.
Amazon.com: In the Heart of the Sea (DVD): Sarah Bradshaw, Joe Roth, Palak Patel, Paula Weinstein, William Ward, Bruce Berman, Brian Grazer, Erica Huggins, David Bergstein, Ron Howard, William M. Connor, Charles Leavitt, Rick Jaffa, Amanda Silver, Ron Howard, Chris Hemsworth, Benjamin Walker, Cillian Murphy, Tom Holland, Ben Whishaw, Brendan Gleeson, Jordi Molla, Jordi Mollà: Movies & TV 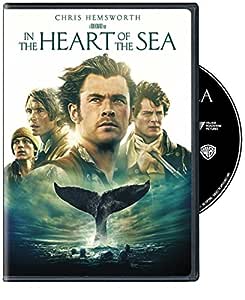 Share
STREAM ANYTIME with Prime Video from $12.99
Have one to sell?
Sell on Amazon

In the Heart of the Sea (DVD)

In the Heart of the Sea (DVD)

In the winter of 1820, the New England whaling ship Essex was assaulted by something no one could believe: a whale of mammoth size and will, and an almost human sense of vengeance. The real-life maritime disaster would inspire Herman Melville’s Moby-Dick. But that told only half the story. “In the Heart of the Sea” reveals the encounter’s harrowing aftermath, as the ship’s surviving crew is pushed to their limits and forced to do the unthinkable to stay alive. Braving storms, starvation, panic and despair, the men will call into question their deepest beliefs, from the value of their lives to the morality of their trade, as their captain searches for direction on the open sea and his first mate still seeks to bring the great whale down.

4.5 out of 5 stars
4.5 out of 5
4,153 global ratings
How are ratings calculated?
To calculate the overall star rating and percentage breakdown by star, we don’t use a simple average. Instead, our system considers things like how recent a review is and if the reviewer bought the item on Amazon. It also analyzes reviews to verify trustworthiness.
Top reviews

Kevin F
3.0 out of 5 stars Fails to deliver on what should have been a great movie
Reviewed in the United States on June 20, 2016
Verified Purchase
Having read In the Heart of the Sea several times, I was actually pretty excited when I heard this movie was being made. This seemed like one of the few times that a "true story Hollywood won't make because no one will believe it" was actually going to be made. Even better, I didn't see how they could screw this up- sure, they'd probably fudge some facts a little, and combined some events or people, but that has to happen (and some is expected) in order to make a watchable movie.

Well, they managed to screw it up... Completely fabricated/changed large amounts of the story, changed the character of the people, and virtually ignored the harder aspects (I assume so people wouldn't be offended).

Some of the bigger issues:
- Melville "based" Moby Dick in part on Owen Chase's published account of the story. Thomas Nickerson's account was not published until
1984, and there is no evidence Melville ever talked to him
- Pollard was indeed a first time captain, and actually gave Owen Chase a fair amount of input on the running of the ship- completely opposite of
the movie's representations
- To (hopefully) no one's surprise, the whale did not pursue them across the Pacific following the wreck
- Chase did not send a boat back to the island (incorrectly identified), the three men were found almost a year after the Essex sank. Matthew
Joy died at sea in Chase's boat.
- 4 of the men were cannibalized, Owen Coffin drew the mark to be killed, and Pollard offered to protect him, which Coffin refused. (ironically,
Pollard had decided to make for South America, instead of the closer Marquesas, but allowed Chase and others to overrule him due to a fear
the islands may have cannibals)
- Owen Chase continued whaling for a further 19 years, 1 more trip as a first mate, the rest as captain, he did not go to sea as a merchant
captain.
- Pollard was not bent on pursuing the whale that sank the Essex, despite what the movie claims. He did however serve as captain for one
voyage on a merchant vessel, before leaving the sea to become Nantucket's night watchman.

Ansgar
3.0 out of 5 stars Only a shred of the true story remains
Reviewed in the United States on December 7, 2016
Verified Purchase
This tale keeps the spirit of the true events but warps them FAR beyond what I would have liked. I wont go into every detail of the inaccuracies, warping or changing of the historical events but I will say that there was enough to make this movie a disappointment. Once I consigned myself to enjoy the movie for what it was rather than a historical account it did get better. It is a fun, gritty harrowing tale that humbles man before nature and puts the viewer in the perspective of the superstitious sailors of the day. The movie does a good job of painting the whale and even the ocean itself in a monstrous and mystical light. While the story is a bit cliche the cliches well done.

As a fictional film about man battling with nature only to be humbled this is a fairly good film. It however fails a historical account.
Read more
24 people found this helpful
Helpful
Report abuse

New Silk
5.0 out of 5 stars Superb
Reviewed in the United States on October 11, 2019
Verified Purchase
This film got medium reviews because it got flat in the last third. However, I am a lifetime student of history and the masterful, authentic recreation of the life on a whaler at that time was like being there. I also think Moby Dick is probably in the top five American novels; this film is based on the actual story that inspired Moby Dick. If your read Melville's masterwork, you'll come to see his total sympathy with the great whale and nature as a whole. This film through whatever techniques are now available, puts us right beside Moby Dick, we understand his motives for smashing whale boats (whalers killed calves to draw the mother near so she could be killed for more oil), we love his intelligence craftiness, protectiveness towards his kind, and his rage. The film makers allow us to look into his eyes. For me, it was a deeply affecting thing to see so closely. That was so good, I wasn't worried about the film as a whole. I think everybody should see it and think about our relationship to animals.
Read more
7 people found this helpful
Helpful
Report abuse

Russell STop Contributor: Star Wars
TOP 1000 REVIEWER
5.0 out of 5 stars Sweeping story, great acting and direction...scenery is wonderful.
Reviewed in the United States on April 16, 2016
Verified Purchase
First of all, anything directed/written by Ron Howard will get my attention. This film is another in a very long line of astonishing films for Mr. Howard. This is the story that was the basis for the Moby Dick tale. We get one of the few survivors telling Herman Melville the story. This is a sweeping epic and so well done, the characters are so well defined as is the pace and story. What can I tell you about the actors? They are all spectacular. Each and very man and woman in this movie deserves a great deal of applause, it could not have been easy to make. The very best (I'm such a fan) Chris Hemsworth...Wow. Right down to the differences in the opinions of all on board this movie takes you and sweeps you into it. My warning though, there are some parts where most may think it is slow (lifeboats) but that is the time to really get into the meat of the story. Bravo, once again, Ron Howard.
Read more
26 people found this helpful
Helpful
Report abuse
See all reviews

Martin Peter Collinson R.A.F
5.0 out of 5 stars VERY MOVING SUCH A GOOD FILM!
Reviewed in the United Kingdom on November 11, 2019
Verified Purchase
It's not often that a film will give me an Apple in my throat but this is such a moving film.
I won't give the game away but the C.G.I is top notch!
The film or very well put together and the acting is brilliant to say the least.
Read more
One person found this helpful
Report abuse

Taffy wales
5.0 out of 5 stars Mint dick
Reviewed in the United Kingdom on January 31, 2020
Verified Purchase
Anything with one of the gems worth boys wins my vote the story itself was about Mobutu dick very watchable
Read more
Report abuse

David Conreen
5.0 out of 5 stars Brilliant Movie which is made better by the 3D experience.
Reviewed in the United Kingdom on September 28, 2016
Verified Purchase
Excellent movie that I watched again straight after my 1st viewing due to the greatness of this movie. Great in 3D.
Read more
3 people found this helpful
Report abuse

Pdw
5.0 out of 5 stars Good in 3d vr
Reviewed in the United Kingdom on August 19, 2019
Verified Purchase
Not the best movie out there but enjoyable especially in 3d vr
Read more
Report abuse

david
5.0 out of 5 stars not great
Reviewed in the United Kingdom on March 14, 2020
Verified Purchase
the 3d effects are quite poor you can see water marks on the camera screen not much of a story line
Read more
Report abuse
See all reviews
Pages with related products. See and discover other items: 2016 dvd movies, 2016 dvds, 2016 movies dvd, brendan gleeson, cillian murphy