You have reached the cached page for https://sputniknews.com/us/202103311082497712-hunter-bidens-ex-wife-dubbed-him-emotionally-abusive-said-he-cheated-on-her-emails-claim/
Below is a snapshot of the Web page as it appeared on 9/7/2021 (the last time our crawler visited it). This is the version of the page that was used for ranking your search results. The page may have changed since we last cached it. To see what might have changed (without the highlights), go to the current page.
You searched for: hunter biden wife We have highlighted matching words that appear in the page below.
Bing is not responsible for the content of this page.
Hunter Biden's Ex-Wife Dubbed Him 'Emotionally Abusive', Said He Cheated on Her, Emails Claim - Sputnik International

To improve the performance of our website, show the most relevant news products and targeted advertising, we collect technical impersonal information about you, including through the tools of our partners. You can find a detailed description of how we use your data in our Privacy Policy. For a detailed description of the technologies, please see the Cookie and Automatic Logging Policy.

By clicking on the "Accept & Close" button, you provide your explicit consent to the processing of your data to achieve the above goal. 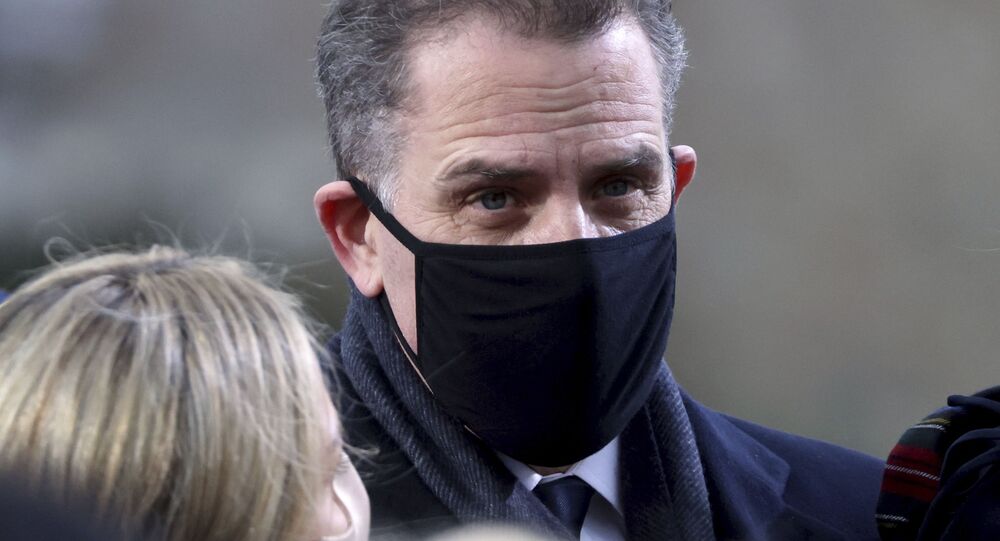 It's now been revealed what the final straw was in Hunter Biden's split from ex-wife Kathleen, with the woman saying it was not solely his compulsive behaviour, like drug or alcohol addiction.

Hunter Biden's ex-wife Kathleen accused him of cheating on her and being "emotionally abusive" after she had ostensibly found about his purported extramarital affair with his brother's widow, according to emails seen by the Daily Mail.

The aforementioned affair, believed to be with Hallie, the wife of Hunter's elder brother, who died on 30 May 2015 of brain cancer, was the final straw, as follows from the emails.

Kathleen's and Hunter's relationship took a rocky turn after Beau's death, with Hunter moving out of the estate he shared with Kathleen two months later, after breaking his sobriety pact with his then-wife, as per a 2019 interview with The New Yorker.

By October of that same year, the couple had formally separated after two decades of marriage, according to their divorce papers, which also cited Kathleen as complaining about Hunter's use of drugs and prostitutes. The former even saw him being treated for the addiction.

"It has taken a long time for me to process that the man I loved, the marriage that I thought I would be in for the rest of my life, is gone", she complained.

Kathleen suggested that she had suspected Hunter's infidelity, but he attempted to bust the accusations by "telling me that I'm crazy", and "taunting" her about his late brother and Beau's children Natalie and Hunter.

"I've had some time for the reality of what you've done to sink in. I've been able to really reflect on how you've treated me and realise the emotional abuse you have subjected me to over the past year. Your taunts about Beau, Natalie, and Hunter", she wrote.

Yet, the claims put forward in the Daily Mail report appear to contradict the president's son's comments to The New Yorker in 2019, when he insisted it wasn't until August 2016, when he was on vacation in the Hamptons with Hallie and her children, that there first appeared some chemistry between them.

He shared with the magazine in 2019 that their romance only began in the fall of that year, when Hallie flew to meet Hunter after he left a rehab in Arizona.
Kathleen filed for divorce on 9 December 2016, and his relationship with Hallie was made public early the following year, on 1 March.

All news
All news

Ok
Ok
Do you have a Sputniknews.com account?
YesNo

Ok
Are you sure you want to delete your Sputniknews.com account?
YesNo
Your account has been deleted! You can restore your account within 30 days by following the link sent to the e-mail address you entered during registration.
Close

The fact of registration and authorization of users on Sputnik websites via users’ account or accounts on social networks indicates acceptance of these rules.

Users are obliged abide by national and international laws. Users are obliged to speak respectfully to the other participants in the discussion, readers and individuals referenced in the posts.

The websites’ administration has the right to delete comments made in languages ​​other than the language of the majority of the websites’ content.

In all language versions of the sputniknews.com websites any comments posted can be edited.

The administration has the right to block a user’s access to the page or delete a user’s account without notice if the user is in violation of these rules or if behavior indicating said violation is detected.

The letter must contain:

In the case of repeated violations of the rules above resulting in a second block of a user’s account, access cannot be restored.

To contact the team of moderators, write to moderator@sputniknews.com

Get push notifications from Sputnik International