You have reached the cached page for https://www.reddit.com/r/Alonetv/comments/6oli3s/hunting_and_trapping_rules/
Below is a snapshot of the Web page as it appeared on 1/17/2021 (the last time our crawler visited it). This is the version of the page that was used for ranking your search results. The page may have changed since we last cached it. To see what might have changed (without the highlights), go to the current page.
You searched for: how many levels are in the game hunt season 4 We have highlighted matching words that appear in the page below.
Bing is not responsible for the content of this page.
Hunting and trapping rules. : Alonetv
3

3
Posted by3 years ago
Archived

I couldn't find if this was posted here but I was curious as to what are the hunting rules. Certainly due to local laws and hunting laws certain animals can't be killed. I haven't seen anyone take any larger game yet and by larger I something more than a mouse.

I've heard they are given certain exceptions regarding hunting and fishing while participating in the show. Normally for a non Canadian to come into the country to hunt they would need to get all sorts of temporary permits and everything costs way more for them (especially game tags). There's got to be some sort of agreement made there for the show to allow all the contestants to hunt and fish but I've never been able to find any concrete answers on that.

I remember in season 3, Callie spotted this deer and said that that species was off limits for hunting because it's classified as protected.

As well as the rodents having hanta virus in Patagonia. I've noticed them mention through the seasons different rules depending on the time of year, laws or other reasons (red tide), they can only go after certain animals. One of them was a no fur animal, another they had waivers to hunt but couldn't kill a certain type.

I remember that. That would be so upsetting not being able to take it in that situation. Taking a large source of protein and fat could be a game changer.

If they're in the same place as the first two seasons, it's on an Indian reservation. I'm not sure if they're subject to federal regulations or merely restrictions place on them by the Indians. Indians can do things like go out in a canoe and spear whales, which ordinary Canadians can't.

I was specifically wondering if they could kill/eat a seagull, since there seem to be loads of them and they'd have a fair amount of meat on them.

I heard that the Indian reservation made specific exceptions to allow the show and the contestants on the show hunt and fish on the protected Indian lands. I believe it was on the first season's final Wrap up episode (might have aired as a prelim to season two).

One season, I believe season two, they were denied that ability to gather shellfish and crab, but that was a red tide issue, not a denial of "license" to do it.

3
Continue this thread
level 1
3 years ago

Past VI contestants have said that they got much leeway when hunting or fishing below high tide or at sea, but on into shore or inland waters the rules were not relaxed that much.

I believe someone else has checked with the local Conservation Officer and confirmed the contestants were allowed to hunt bear this season. That means either they got a waiver for the required guide, or some of those teams that were called 'in the field medic teams' that we saw on the Making the Cut episode are hunting guides too, afield with the contestants allowing them to hunt bear.

I don't think I would let rules stop me from eating. Just turn the camera off for a minute.

Like the duck they just killed in tonight's episode or... ?

I just started season 4 so I haven't seen that yet

the fishing they do on the show is totally illegal so i assume they are given similar leeway in hunting, at least in Canada 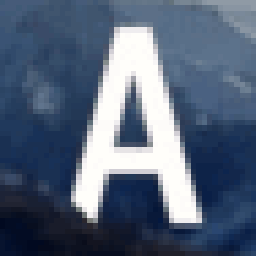 r/Alonetv
Ten people try to survive as long as they can Alone in the wilderness with only the 10 they've selected. While Alone in various harsh and unforgiving types of terrain, these men and women must hunt, build shelters and fend off predators, all while documenting the experience themselves. It's the ultimate test of their will and survival skill.
14.5k