You have reached the cached page for https://newsnationusa.com/news/entertainment/tv-ot-is-tlc-the-weirdest-network-on-tv-plus-revisiting-the-falls-big-leap-into-less-ordinary-series/
Below is a snapshot of the Web page as it appeared on 1/12/2022 (the last time our crawler visited it). This is the version of the page that was used for ranking your search results. The page may have changed since we last cached it. To see what might have changed (without the highlights), go to the current page.
You searched for: how long has nick grimshaw been in quarantine movie We have highlighted matching words that appear in the page below.
Bing is not responsible for the content of this page.
TV OT: Is TLC the weirdest network on TV? Plus, revisiting the fall's 'Big Leap' into less-'Ordinary' series - News Nation USA
Facebook Twitter LinkedIn Tumblr Pinterest Reddit VKontakte Odnoklassniki Pocket WhatsApp Telegram

TV OT is a weekly look at what CNN’s entertainment team is watching since too much television has us all working overtime.

Although I generally prefer to keep my blemishes covered under layers of well-blended concealer, there’s a public pimple I must pop in the name of transparency: Over the years, I have watched a lot of TLC.

I’m someone who generally believes there should be no such term when talking television as “guilty pleasure” because you should not be ashamed of what brings you comfort. But I can’t say that watching “Sister Wives” (returning Nov. 21) or “My 600 lb. Life” (new season airing now) or “So Freakin’ Cheap” brings me anything resembling pleasure, but I can’t stop.

In that lies the mystery of what I’ll now controversially say is television’s weirdest and most fascinating network.

Unlike streaming networks, which can bury their junk and still win awards for its prestige content or broadcast networks that have to worry deeply about offending any of their increasingly fewer viewers, TLC lives in their crud. Heck, they often celebrate it.

(For the sake of this discussion, I’ll make one quick point: I won’t get into the network’s utter failings in the handling of anything relating to the Duggars, but it is part of why I struggle with watching TLC period.)
This is where I should point out that like any network, TLC has some range. For example, it has given a home to the inspiring story of transgender teen Jazz Jennings. “I Am Jazz,” entering its seventh season this month, has done volumes for bringing awareness to the challenges of being young and trans — something that is arguably (and sadly) more needed now than when it premiered.
The baffling part of TLC is that its spectrum has such an applaudable high and multiple in-the-bowels-of-television lows, of which I won’t dare to pick the most objectionable. Though, if it was still on the air, it’d be the show where I once watched the story of a man who was in an intimate relationship with his car.
I know I’m not alone in watching any of it, though. TLC’s “90 Day Fiancé,” franchise is a crazy success. (But one friend who used to watch it told me she stopped because the two-hour episodes and constant spin-offs was too much to keep up with) In a time when networks have a small stable of reliable performers, TLC has multiple shows that have been on for 6-plus seasons. (“Little People, Big World” wrapped up Season 22 earlier this year.) And one of its newer shows, “Dr. Pimple Popper,” is so popular, it’s getting a Christmas Special — subtitled “A Pimple Carol.”

“It’s unlike any other programming on TV right now,” says one friend, who spoke on a condition of anonymity and we all understand why. “It’s against social norms. We don’t have a lot of drama in our lives, but we watch it on TV.”

This one half of a married couple says they’ve watched everything from “90 Day Fiancé” to “Extreme Sisters,” a series that explored sisters whose close bonds veer into baffling territory.

The other half of the couple adds: “It’s a world you just don’t know. You get sucked in.”

And maybe that the secret? TLC is the television equivalent of a highway car crash that you can’t look away from.

The loudest objection I hear to TLC programming is that it can feel exploitative and often mean in spirit. But I’d argue we are all accountable for our own reactions to the stories we see in the same way the participants are accountable for agreeing to be featured. Do I judge weird couples? Yes. But do I also cry watching “My 600 Lb. Life”? Absolutely. And did everyone featured on any of these shows knowingly sign up to be on TV? Definitely.

TLC hasn’t been The Learning Channel for a long time, to the disappointment of many. But they’ve found success, perhaps, in deciding that there was an audience for Television that Loathes the Conventional.

Now, tossing it over to Brian Lowry with a mid-fall TV update.

“One of the problems reviewing series that have slightly more ambition than ‘FBI’ spinoffs is the question of whether a frontloaded couple of episodes can actually be sustained over the course of a season, much less multiple seasons.

Happily, three network shows that earned the most favorable reactions when they made their debuts this fall — “The Big Leap,” “Ordinary Joe” and ‘Ghosts‘ — continue to hold up quite well.

Fox’s ‘Big Leap’ might be the most impressive of the bunch, finding clever layers as it combines the characters — participating in a fictitious reality-TV dance show — in unexpected ways. It’s consistently sweet, funny and fairly smart about how the reality sausage gets made, with Scott Foley shining as the amoral producer who’ll step over pretty much anyone in pursuit of a second-season renewal.

NBC’s ‘Ordinary Joe,’ meanwhile, has built on its pilot with details about the central character, played by James Wolk, following him on three separate paths diverted by one decision he made at a crucial point in his life. A little strained at times, it remains a feat of editing and has steadily dropped new tidbits to expand the story.

Finally, ‘Ghosts’ has stood out as a non-cookie-cutter comedy for CBS, with a couple moving into a house inhabited by ghosts from different eras. Although it has the benefit of being adapted from a British show, that’s no guarantee of durability on a more expansive US TV schedule, which the show has thus far exhibited.

All told, it’s an encouraging sign for the major networks, which at times have appeared willing to ride their existing franchises (‘Chicago’ everything, ‘Law & Order,’ etc.) into a steady march toward oblivion.

These new shows suggest there’s life in the model, especially if you’ll take a few creative risks to expand it.”

For your weekend watch list, here’s Lowry again with a recommendation.

“OK, we get it, established intellectual property is all the rage, but the new ‘Head of the Class’ revival, on HBO Max (like CNN, a unit of WarnerMedia), feels more peripherally tethered to the mildly memorable show that preceded it than most.

Here, Isabella Gomez (a veteran of the ‘One Day at a Time’ revival) plays the slacker teacher to a group of high-achieving kids, in a series that feels as generic as that sounds. Despite the fresh faces, there’s little to distinguish this from a network sitcom in the 1980s.

As for connections to the original, Robin Givens shows up in a subsequent episode, which is nice.

In terms of making us look with the title, mission accomplished. Making us stick around is another matter.”

And another from Lowry: a programming note for the Peacock-less.

“NBC developed ‘The Lost Symbol,’ based on Dan Brown’s Robert Langdon character, for the network, then decided to premiere the series on its streaming service, Peacock. Now the show is getting a one-time showing on NBC in place of an ‘Ordinary Joe’ repeat.

It’s a small thing, but the synergistic move is another example of the juggling act that studios face as they consider where their shows will fare the best. Frankly, ‘Lost Symbol’ might have been a long shot in any venue, but like ‘Head of the Class,’ it probably would have looked more at home on a broadcast network in the first place.”

Unfathomable revives an excellent board game lost to licensing hell 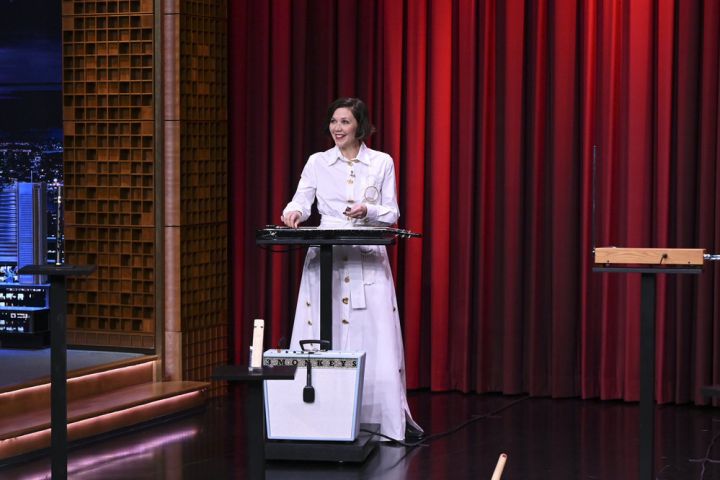 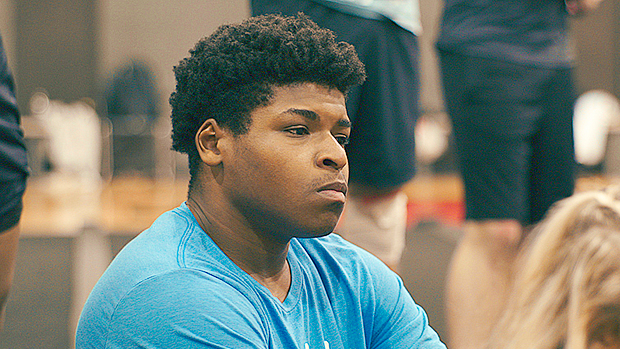 “He’s the Shadow Front-Runner”: In 2024, Mike Pence Is Gearing Up to Go Rogue

Equity Sentry EA – #1 MT4 Equity Protection EA | Protecting your MT4 account from a disaster even while you sleep
December 31, 2020