You have reached the cached page for https://multiplesclerosis.net/clinical/differences-ms-lyme-disease/
Below is a snapshot of the Web page as it appeared on 2/23/2021 (the last time our crawler visited it). This is the version of the page that was used for ranking your search results. The page may have changed since we last cached it. To see what might have changed (without the highlights), go to the current page.
You searched for: how do ticks acquire lyme disease diagnosed as multiple sclerosis We have highlighted matching words that appear in the page below.
Bing is not responsible for the content of this page.
What is the Difference Between MS & Lyme Disease? Skip to Accessibility Tools Skip to Content Skip to Footer 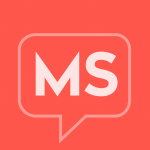 Lyme disease and multiple sclerosis (MS) are often confused by patients and sometimes even by medical professionals. In fact, an estimated 5-10% of people who were thought to have MS actually had Lyme disease or another “imitating” condition.1 The overlap in symptoms sometimes requires the clinical skills of physicians to eliminate or rule out mimicking conditions.

What is Lyme disease?

Lyme disease is a bacterial tick-borne illness transmitted from the bite of an infected black-legged or deer tick. Ticks don’t naturally have the infection. They acquire it by feeding on an infected host animal. It is delivered to humans when ticks attach to the skin and through their bite, transfer a spirochete bacterium called Borrelia burgdorferi.1,2 Tick populations are concentrated in certain geographic areas. There is a higher concentration on the East and West coasts, and parts of the Midwestern US, although ticks can be found across the U.S.

MS is a nervous system condition caused by a failure of the immune system to function properly. MS affects the central nervous system (CNS) when the immune system attacks the myelin sheath, the protective layer covering nerve fibers. This interrupts the transmission of information between the brain and the rest of the body. Disruptions in nerve signals affect limb movement and senses of sight and touch, causing a variety of MS symptoms including numbness, muscle weakness, pain, tremors, balance and mobility problems, fatigue, bladder problems, speech dysfunction, and more.

Why accurate MS diagnoses are challenging

There is no single test for MS, so an accurate MS diagnosis can be challenging. Results of a recently study published in the Journal Multiple Sclerosis and Related Disorders suggested that nearly 1 in 5 people with other neurologic conditions are mistakenly diagnosed with MS.1 The confusion also means that many people also live with symptoms for months or years before an official MS diagnosis can be confirmed.

Initial symptoms between the two are similar

Doctors conduct multiple tests, including blood and imaging tests, to confirm a diagnosis of either MS or Lyme disease because initial presenting symptoms can be similar.1,3

As part of the Lyme diagnosis protocol, your doctor will evaluate if you live in, or recently traveled to, an area known for the prevalence of Lyme disease or presence of deer ticks.1 Blood tests are key in determining if the bacteria responsible for Lyme is present.

MS involves a process of elimination

By contrast, immunologic, environmental, infectious, and genetic factors may all play a role in MS development. The diagnosis is generally a process of elimination since there is no single method – blood analysis, spinal tap, MRI, or other test – that can conclusively determine an MS diagnosis.1,3

Lyme affects the nervous system in about 10 to 15 percent of cases.1,3 Symptoms of Lyme can develop within days of a tick bite; they can also take months to appear. The majority of people with Lyme disease, between 60 and 80%, will develop a large, red rash, that looks like a bulls-eye target. Other early indicators include flu-like symptoms like fatigue, fever, headaches, swollen lymph nodes, and muscle and joint pain. As the condition progresses, people may experience numbness and tingling, and some people experience cognitive issues including short-term memory loss and speech disruption. When diagnosed early, Lyme disease, unlike MS, can be successfully treated with antibiotics.3

The similarities between Lyme disease and MS

There are similarities between Lyme and MS in both neurologic symptoms and test results.2 Blood tests look for the presence of antibodies to Borrelia: the Borrelia burgdorferi spirochete is the bacteria that causes Lyme disease and can penetrate virtually any organ or system in the body.1

Lyme disease can have delayed neurologic symptoms that mimic symptoms of MS. They include muscle weakness, blurry vision itching, burning, stabbing pain, or pins and needles, confusion, cognitive dysfunction, and exhaustion. Lyme disease, like MS, can present symptoms in stages that come and go, known as relapsing-remitting or remissions and exacerbations. Lyme disease can also present other results including positive findings on MRI brain scans and cerebrospinal fluid (CSF) test results, but the neurological concerns tend to show up earlier in the course of Lyme disease.2 Lyme disease may present itself like multiple sclerosis, but there are distinctive differences. The most important difference is that Lyme is a bacterial infection, but MS is not.

Options for MS treatment vary and are designed to manage symptoms and prevent relapse. Use of prescription medications, corticosteroids, and plasma exchange help keep the disease in check. Physical therapy, muscle relaxants, and other drugs are used to reduce fatigue, depression, sexual and bladder problems, and other miscellaneous symptoms. MS is a chronic, generally progressive, lifelong condition that can range mild to severe, whereas Lyme disease can be treated and usually cured.

Lyme disease, especially when treated early, often responds to antibiotic therapy, whereas MS does not. Not everyone who is treated for Lyme disease fully recovers. Sometimes there are Post Treatment Lyme Disease (PTLD) symptoms that can be vague and look like other illnesses. The majority of people, however, recover to lead a normal life.

Ruling out what is not going on

Medical conditions can have similar symptoms. Feeling tired, dizzy or weak, experiencing numbness or tingling in the hands and feet or the onset of vision problems could be symptoms of MS or Lyme disease. Yet they are very different conditions with very different causes and treatments. An accurate diagnosis requires ruling out what is not going on.

Diagnostic blood tests can cause confusion

Diagnostic blood tests, recommended by the Centers for Disease Control (CDC), are analyzed for B. burgdorferi-specific antibodies, commonly thought of as the most important tool for the diagnosis of Lyme exposure. The test can, therefore, come back with negative results if the tick bite was less than a month before because it can take weeks for the body to develop an immune response which would produce positive test results. A clearer path to Lyme diagnosis occurs when there is a classic bulls-eye rash, but the rash doesn’t develop or is not visible in all cases.2,3 The most common route when neither MS nor Lyme can be definitively diagnosed is to closely monitor the patient over time to see if there is progression or difference in test results.

Everything You Need to Know About Nerves

How MS-Related Digestive Problems Have Embarrassed Me in Public