You have reached the cached page for https://howshealth.com/sweat-rash-miliaria-causes-treatment-prevention/
Below is a snapshot of the Web page as it appeared on 11/19/2020 (the last time our crawler visited it). This is the version of the page that was used for ranking your search results. The page may have changed since we last cached it. To see what might have changed (without the highlights), go to the current page.
You searched for: heat rash wikipedia We have highlighted matching words that appear in the page below.
Bing is not responsible for the content of this page.
Sweat Rash (Miliaria) - Causes, Treatment and Prevention

Sweat rash is a condition technically known as miliaria. Others identify this condition as prickly heat, heat rash or sweat bumps, in concurrence to the presenting symptoms and the type of weather that this condition usually occurs. Those who are affected of sweat rash are usually the young, as they are susceptible for having underdeveloped sweat glands. The younger the child is the more susceptible or prone of sweat rash he or she becomes. The humidity or hot weather condition is a great predisposing factor for sweat rash.

The condition is identified with various types: 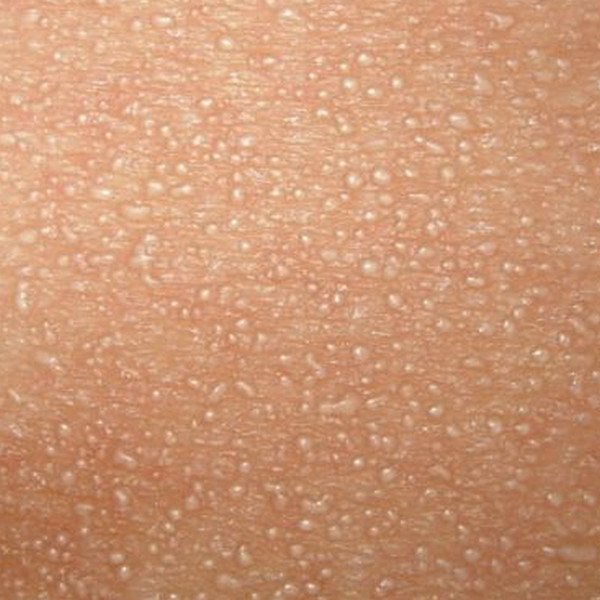 The presentation of sweat rash

The condition is identified as sweat rash simply because of its presentation. Sweat rash is somehow acknowledged as an irritated skin. Usually, the areas of affectation of sweat rash are the skin folds (those regularly unexposed). Areas prone to such skin problem are those frequently exposed to friction from clothing. The young, especially the infants, are mostly affected with sweat rash on the skin folds of the neck, groin and underarm. The affected adults would identify sweat rash also in skin folds but mostly on the torso and face.

Itchiness is also commonly complained by the affected. This discomfort is described as a prickling sensation. They somehow describe the sensation as either intense or tolerable “pins and needles” characteristic.

Rashes, described as small and reddish, appear to the affected areas. This rash is identified as papules. This is known to be the root source of the prickling, painful sensation.

Sweat rash cause is rooted from a bacterial agent known as Staphylococcus epidermidis. This bacterium is said to be related to the formation of acne. The condition is triggered as the bacterial agent lives freely in our skin. Sweat rash cause can be easily identified. It is basically called sweat rash as this was caused by the clogging of the sweat gland ducts by dead skin cells or by the mentioned S. epidermidis bacteria. The clogged sweat glands become irritated when left unattended thus resulting to sweat rash.

During the summer season, this condition is quite common. Areas which experience hot weather most of the time would accumulate a number of cases of sweat rash. Take note; the condition is not limited during a humid weather but can also occur during the winter season. This is possible for the increased exposure to fire used for warming up; overuse of electric blankets and excessive clothing are the probable causes of miliaria. In some cases during a hospital stay, a patient is quite prone to sweat rash. Bedridden patients or simply those who have prolonged periods of bed rest are affected of sweat rash.

Underlying skin conditions such as dermatitis and eczema are precipitating factors for sweat rash. Those who were previously exposed to allergic reactions are commonly affected of this condition.

Clothing is another factor for the development of sweat rash. Those who wear too tight clothing, such as women who use sports bra and uncomfortable apparel are prone to sweat rash. Prolonged exposure to damp clothing, i.e. after a good and rigorous exercise, can induce sweat rash development.

Excessive sweating is also considered a precipitating factor for sweat rash. Those with such health condition are prone to suffer from sweat rash.

The following are the interventions that aim to prevent sweat rash formation:

Relief from the rash discomfort is basically the aim in the treatment plan. The following are the proposed treatment interventions for sweat rash:

Given these treatment procedures, it is recommended that you seek medical help from your doctor. Do not apply treatment yourself without the aid of a doctor for you may just aggravate the situation. 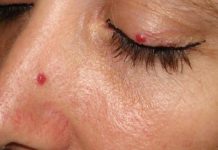 ABOUT US
An independent guide to Health. We produce in-depth articles on health matters, from diseases and conditions to genetic disorders. Our articles have been written by a team of fully qualified Hindi Doctors. Our content does not constitute a medical consultation. See a certified medical professional for diagnosis.
FOLLOW US
© 2020 - How's Health is for informational purposes only and is not a substitute for medical advice or information.