You have reached the cached page for https://www.rottentomatoes.com/celebrity/haley_bennett
Below is a snapshot of the Web page as it appeared on 3/1/2021 (the last time our crawler visited it). This is the version of the page that was used for ranking your search results. The page may have changed since we last cached it. To see what might have changed (without the highlights), go to the current page.
You searched for: haley bennett We have highlighted matching words that appear in the page below.
Bing is not responsible for the content of this page.
Haley Bennett - Rotten Tomatoes 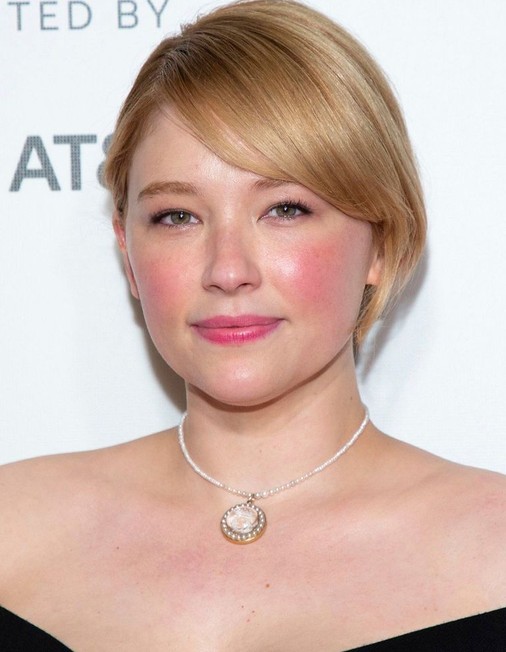 Born Haley Loraine Keeling in Florida, Haley Bennett grew up in Ohio before moving back to Florida, then to Los Angeles with her mother after high school graduation. At 19, Bennett was caught up in the whirlwind of the next big thing when she was discovered by Drew Barrymore to play a major role in the film "Music & Lyrics" (2007). The romantic comedy starred Barrymore and Hugh Grant as singer/songwriters, and Bennett as the superstar songstress who sang their tunes. Once she began, Bennett maintained an impressive presence, appearing mainly in feature films. In 2008, she played the lead title role in "The Haunting of Molly Hartley" and that same year had a supporting role in the family tearjerker "Marley & Me." In 2009, Bennett co-starred in "Passage," a short film directed by Shekar Kapur, as well as the Joe Dante directed 3-D horror film "The Hole." Iconoclast Gregg Araki was the director of 2010's "Kaboom," and legendary cinematographer Phedon Papamichel directed "Arcadia Lost" (2010), Bennett's next two starring vehicles. Her next major appearance was in "The Equalizer" (2014), starring Denzel Washington and Chloe Grace Moretz. Bennett's near-simultaneous roles in Antoine Fuqua's 2016 remake of "The Magnificent Seven" (1960) -- starring Denzel Washington, Chris Pratt and Ethan Hawke -- and the film adaptation of the best-selling thriller "The Girl on the Train" (2016) led many critics to call her one of the breakout stars of 2016.