You have reached the cached page for https://fxcontactlenses.org/top-10-scariest-gothika-contact-lenses.html
Below is a snapshot of the Web page as it appeared on 1/15/2021 (the last time our crawler visited it). This is the version of the page that was used for ranking your search results. The page may have changed since we last cached it. To see what might have changed (without the highlights), go to the current page.
You searched for: gothika contacts We have highlighted matching words that appear in the page below.
Bing is not responsible for the content of this page.
Top 10 Scariest Gothika Contact Lenses | Scary FX Contacts

Mwahahahaahhahah!  Welcome to “the realm” of all things dark, evil & horrifying!  Too Late for you mortal one, for your “precious soul” is forever now in the grips of the Diabolical & Unholy!  With no where left to turn except for `straight down’ this page and into the “depths of hell”… you will now experience the true eyes of horror!

This is our “Top 10” list of the scariest Gothika FX contact lenses.  With close to 100 Gothika style contacts, we felt these “Top 10” were the most deserving to make this list. These are in no particular order, however feel free to share you thoughts with us, or on social media as to what’s your # 1 pick. 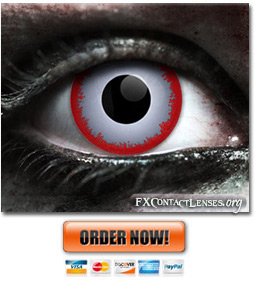 Our 1st in our countdown is probably the most horrifying lenses in the special effects industry.  See these worn by our skeleton creature in our image atop this post. 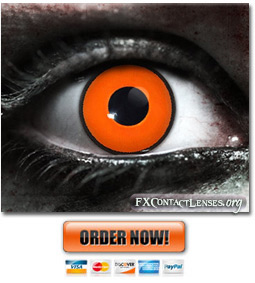 Have you ever seen an earthly creature with orange eyes?  Unless you are from another planet, your answer is NO.  Which is why Night Stalker Contact lenses are truly spine-chilling.

In film, orange eyes have been portrayed by terrifying creatures of a dark, sinister nature.  Remember Snaga, the cave orc from The Lord of the Rings.  He depicted these same style lenses. 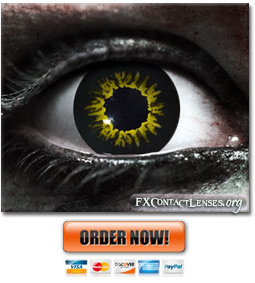 Beware of the black wolf!  The black wolf is filled with rage, envy, jealousy, greed, & arrogance.

And when the moon is full, these traits are amplified upon transformation into the werewolf.

These golden-black eyes are spine-tingling, yet will have a charming & hypnotizing effect on mortal prey, thus allowing you to lure them in, and feed on every full moon.

So, free your inner beast, and get ready for the hunt with Black Werewolf FX contact lenses. 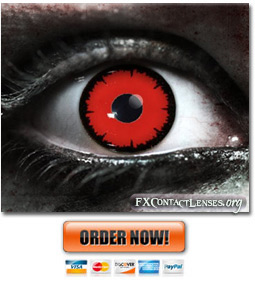 “Curdle some blood” & “chill some spines” with Angelic red FX contact lenses.  One of Gothika’s simplest designs, but truly terrifying to say the least.

See these worn by our sinister clown girl in our image atop this post.  She’s the one on the left.

Featuring a devilish red-iris with a thick-black limbal ring to add a piercing-like stare; likened to claws or a trap, thus digging deep into the sub-conscious that you cannot escape this diabolical grip.

These piercing red eyes are sure to spice-up the looks of: Vampires, Devils, Demons, Aliens, Ghosts, Demigods, Killer Clowns, and Beastly Creatures. 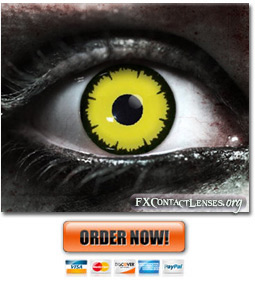 Many find that staring at people with yellow eyes a chilling & distressing experience.  And when pairing yellow with black, this powerful color-combo resonates in our subconscious as a warning to stay far away.

So how about these Angelic yellow FX contact lenses?  If utilized with the right make-ups, you can create some really frightening creatures & characters.

These are a real attention-getter, and serve as a great effect for vampires with the need to feed, and pretty much any other creepy or spooky-type creatures. 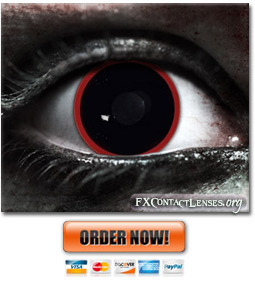 Dare to stare into the pits of hell!  One cold-hard, demonic stare at a mere mortal will swallow them up like a black hole, taking them through the 9 circles of hell.

Project the “ultimate evil” as Pinhead(leader of the Cenobites) with these Hellraiser FX Contact Lenses.

Featuring a large black iris to give the effect of ultimate pupil dilation, thus translating to full demonic possession; and encircled by a blood-red limbal-ring to add to its piercing-like stare & demonic, inhuman-like effect. 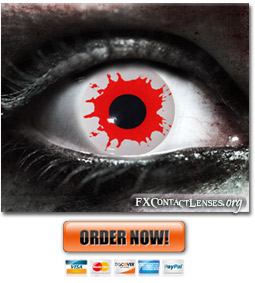 Look exactly like you have risen from the dead after getting hit face-first by a freight train.

These may not be the scariest on our list, but these are probably the coolest, while still being somewhat scary.  And are a lot of fun to wear and creep people out with.

Reaper FX contact lenses are likened to our all-white zombie contacts with adding a blood-splattering effect.

These serve are the perfect match for makeup & costume effects such as: ghastly, grisly & macabre victims.  See these worn by our macabre creature in our image atop this post.  She’s the one on the right.  Also a great effect for accentuating gruesome zombies & evil ghosts.

These blood-splattered lenses have a cartoony-like appeal that will also serve well for Cosplay or Anime characters. 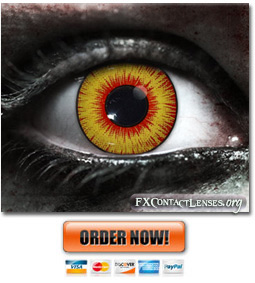 You will bring these mythical beasts to life the minute you slip in these fiery eyes.  Featuring an explosive, blazing-fire lens design with deep, rich, red & yellow colors.

The hellish design of these lenses resonate with all things ferocious & diabolical.  Making them a perfect fit for creatures such as: demons, devils, dragons, and other mythical beasts.

Whether you’re wanting to look extra aggressive or scary in nature, Dragons breath contact lenses are sure to add that extra spark to your makeup and costume effects. 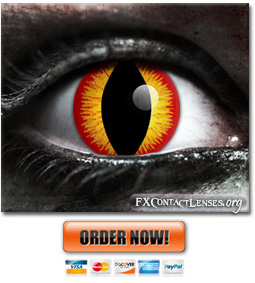 If someone asks a special effects makeup artist to describe the eyes of The Devil, these frightening FX lenses would probably be the closest resemblance.

It should be of no surprise, as these vicious looking eyes are commonly depicted in photos & film of the devil.

Banshee FX lenses are the most intimidating designs, featuring a fiery-like vibe with bursting bright -yellow stemming out from a vertical-slit pupil, and atop a vibrant devil-red limbal-ring. 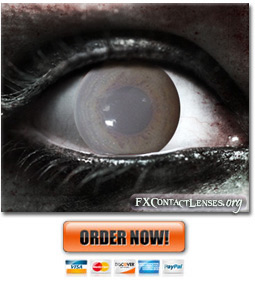 Your body is dead, your soul is void, but you still must feed on human flesh.

Look like you crawled your way out of a grave with Walking Dead FX contact lenses.  These serve as the perfect look for: the undead, zombies, rotting corpses, macabre creatures, virus-stricken victims,  or Demons.

Also known as blind-eye or frosty-eye lenses, these eyes exemplify perfectly that “one dead-eyed look“, commonly depicted among creepy characters in film.

Walking dead lenses are probably not the scariest in this list, but they are unquestionably the most realistic looking and popular lens we sell.

PLEASE NOTE: These FX style lenses offer 80% vision.  You will not be able to see clearly, so do not wear while performing tasks that require clear vision like driving or operating machinery.

Follow link to get our full range of scary special effects contacts, consisting of other brands & styles.

How To Insert & Remove FX Lenses