You have reached the cached page for https://www.cbr.com/godzilla-vs-kong-release-date-trailer-plot-news/
Below is a snapshot of the Web page as it appeared on 1/16/2021 (the last time our crawler visited it). This is the version of the page that was used for ranking your search results. The page may have changed since we last cached it. To see what might have changed (without the highlights), go to the current page.
You searched for: godzilla vs. kong movie trailer 2005 We have highlighted matching words that appear in the page below.
Bing is not responsible for the content of this page.
Godzilla vs. Kong: Trailer, Release Date, Plot and News to Know
By Hector Valverde Apr 12, 2020
Email

Ever since Legendary's MonsterVerse launched in 2014 with Godzilla, the entire franchise has been building to one film: Godzilla vs. Kong. That culmination of the MonsterVerse has been long-delayed. However, when it arrives the two title Titans will finally get a chance to face each other in combat.

Here's everything we know right now about the upcoming film.

Related: Cats Deserves Its Razzie Nominations, But King of the Monsters Does Not

THE STORY SO FAR

A follow-up to last year's King of the Monsters, Godzilla vs. Kong is also a sequel to 2014's Godzilla and 2017's Kong: Skull Island. All three prior movies have, in some way or another, centered around Monarch, a cryptic government organization founded to study and manipulate the Earth’s ancient Titans in order to protect mankind.

Continue scrolling to keep reading Click the button below to start this article in quick view.
Start now

After leveling yet another city in King of the Monsters, Godzilla has crowned himself the Titan's alpha, instituting peace on Earth. The environment is healing after centuries of human endangerment, with Titans returning to the planet’s surface to protect the natural world between their biomes. Despite Earth’s tranquil state, newspaper headlines during King of the Monsters’ credits sequence indicate that Monarch is busier than ever. The organization is exploring the hollows of the Earth in search of more Titans, and an increase in seismic activity and security around Skull Island suggests Monarch is up to something fishy on Kong’s home. Kong, meanwhile, has presumably stayed dormant on his island since the '70s, though it appears he's now substantially larger in size. Kong has been theorized to have been in his infancy or youth during the film, explaining this dramatic growth spurt.

RELATED: Godzilla Vs. Kong Toys Include A Much Larger Kong and [SPOILER]

As of right now, no trailer for the film has released. However, the film's official synopsis reads:

Legends collide as Godzilla and Kong, the two most powerful forces of nature, clash on the big screen in a spectacular battle for the ages. As Monarch embarks on a perilous mission into fantastic uncharted terrain, unearthing clues to the Titans’ very origins, a human conspiracy threatens to wipe the creatures, both good and bad, from the face of the earth forever.

After being pushed back from May to November 2020, Godzilla vs. Kong has been further delayed due to the coronavirus (COVID-19) pandemic. It is now slated for a release on May 21, 2021, a full year from its initial window, in theaters and HBO Max.

You’re Next and Blair Witch director Adam Wingard will helm the film, with a screenplay from Pirates of the Caribbean and Shrek scribe Terry Rossio.

Alexander Skarsgård (The Legend of Tarzan), Brian Tyree Henry (Atlanta), Eiza González (Baby Driver), Rebecca Hall (Iron Man 3) and Jessica Henwick (Iron Fist) have all been cast. However, details about the movie's characters are sparse, though Skarsgård’s character, likely the film’s human lead, has been described as a geologist with a special connection to Kong.

Kyle Chandler and Millie Bobby Brown will reprise their roles as father and daughter scientists Mark and Madison Russell from King of the Monsters. Zhang Ziyi will also return as Dr. Ilene Chen, a third generation Titan mythologist and a spiritual successor to Toho’s classic Shobijin characters from the Mothra series.

No returning members from Skull Island have been announced. However, James Conrad (Tom Hiddleston), Mason Weaver (Brie Larson) and Hank Marlow (John C. Reilly) seemingly joined Monarch at the film's close, so it's possible they could appear in some capacity. Similarly, Ford Brody (Aaron Taylor-Johnson) and Elle Brody (Elizabeth Olsen) survived 2014's Godzilla, making it possible they could play some sort of role.

Alongside Godzilla and Kong, the credits sequence of King of the Monsters sets up returns for other monsters down the road. Notable newspaper headlines in the credits included  "Monarch finds massive egg," "Rodan nesting in volcano north of Fiji" and "Monarch confirms Ancient Greek origin of squid-like Titan known as 'Scylla.'"

Related: From Godzilla to Power Rangers: The Wonderfully Weird World of Tokusatsu

The egg mentioned foreshadows another Mothra spawning after its parent's sacrifice helping Godzilla defeat King Ghidorah in King of the Monsters. Rodan and the new, Legendary-created Scylla, amongst other kaiju, may also return from King of the Monsters to protect their reptilian ruler in his battle with Kong.

One big headline in the credits also mentions Monarch is creating a “mechanized giant on Skull Island” after several disastrous attempt to “create organic Titans in the past.” All hints seem to indicate the arrival of Mechagodzilla on the horizon, which a recent toy leak seems to indicate may indeed be the case. However, toys are not always indicative of what appears in the final product.

Additionally, the film's post-credits scene shows the villainous Alan Jonah and his eco-terrorist group buying one of King Ghidorah's severed heads, suggesting this isn't the last we've seen of the three-headed dragon.

KEEP READING: Is Godzilla Canon in the Magic: The Gathering Multiverse? 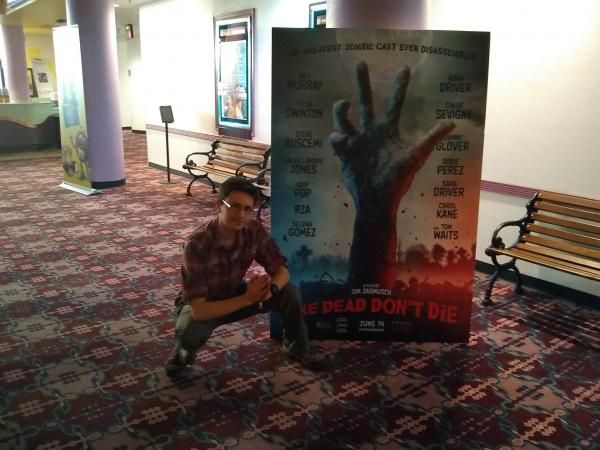 Hector Valverde is a film-fiending, review-slinging, obsessively meticulous lover of movies and television. A graduate of The University of New Mexico's English, Psychology, and Media Arts programs, he's written everything from scientific research papers about brain stimulation down to whatever's circulating the media rounds. Deep down, he knows 2019's 'Cats' is a brilliant movie. You can follow him on all social media @hpvalverde.

Deadpool 3: The Best Theories About How Marvel's Merc With a Mouth Will Join the MCU

After Deadpool, These Characters Make Sense for R-Rated MCU Films

Interview: David Giuntoli on Batman - Soul of the Dragon

Future State: Dark Detective #1 Shows the Dark Side of Gotham

Promising Young Woman: Who's on Cassie's List - And Why

Shadow in the Cloud's Gremlins, Explained

F9: Why John Cena Is the Perfect Choice to Play Vin Diesel's Brother

Wonder Woman’s Crimean War Photo Should Be Used in Flashpoint

Soul: What Was Joe's REAL Purpose Before and After He Died?