You have reached the cached page for https://tivustream.com/stevenson-vs-nakathila-live-stream-how-to-watch-title-fight-boxing-online-from-anywhere/
Below is a snapshot of the Web page as it appeared on 7/11/2021 (the last time our crawler visited it). This is the version of the page that was used for ranking your search results. The page may have changed since we last cached it. To see what might have changed (without the highlights), go to the current page.
You searched for: gamespot ps5 restock price target We have highlighted matching words that appear in the page below.
Bing is not responsible for the content of this page.
Stevenson vs Nakathila live stream: how to watch title fight boxing online from anywhere 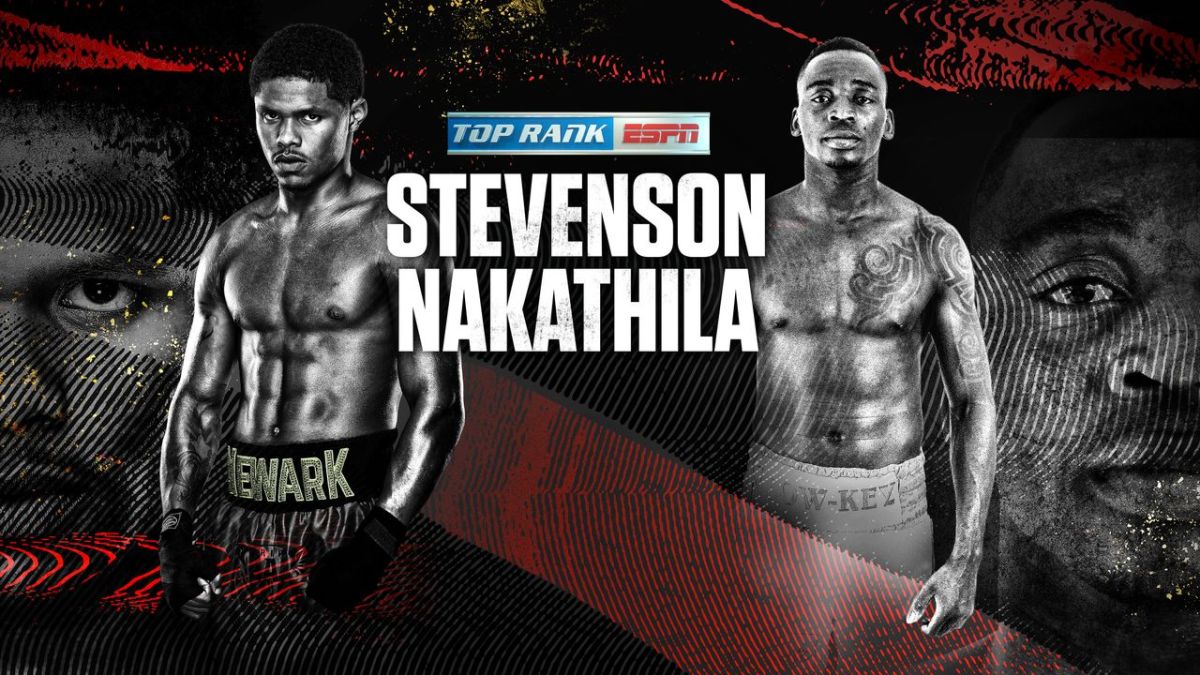 
Sensational southpaw Shakur Stevenson has his sights set on his second world title in just his 16th bout, but stood in his way is the powerful but little-known quantity that is Jeremiah Nakathila. With the vacant WBO Junior Lightweight on the line, read on as we explain how to watch a Shakur Stevenson vs Jeremiah Nakathila live stream today and catch all the boxing action online from anywhere in the world.

Nakathila has had to wait a long time for a title fight opportunity, and he’ll be doubly keen to make his mark with this being his first fight in the States. The 31-year-old Namibian is far less heralded than Shakur, but he’s won all of his last 10 fights by knockout.

Shakur is certainly the favorite here, but it’s shaping up as a clash of styles that could really test the undefeated former WBO featherweight champ.

Nakathila is the much heavier hitter of the two men, but Shakur – a pure boxer who’s got this far because of his skill and intelligence in the ring – has hinted that he might try going toe-to-toe instead.

Is it all bravado, or is he really going to risk it? Follow our guide below to watch a Shakur Stevenson vs Jeremiah Nakathila live stream online from anywhere.

Below, we’ve rounded up ways to watch today’s boxing in various countries around the world. But if you’re abroad and discover that your usual coverage is geo-blocked, then the only alternative that we know is to use a VPN to dial in to a country that does is showing the fight.

The software is perfect for this as it allows you to change your IP address and appear to be in a completely different location – and all through a safe, encrypted connection. Here’s how to get started.

ExpressVPN is the world’s top VPN
We’ve tested all of the major VPN services and we rate ExpressVPN as the absolute best. It’s compatible with loads of devices including iOS, Android, Amazon Fire Stick, PlayStation, Apple TV and such, and we found it secure, speedy and simple-to-use.

Another great perk is the fact that it comes with a 30-day money back guarantee and 3-months FREE, so you can see if it’s right for you with no strings attached.

Once you’ve downloaded the software, just follow the prompts to install it then select the location you want to relocate your IP address to – it really is that easy.

Remember, there are loads of benefits to using a VPN beyond just helping you regain access to streaming services and content from abroad. One of the biggest is security: by using encrypted tunnels, a streaming VPN gives you a robust first-line of defense against cybercriminals and government snooping. This makes everyday tasks like online shopping and banking much safer, and many people choose to use one for that reason alone.

Boxing fans based in the US have several options for watching the Shakur Stevenson vs Jeremiah Nakathila fight. It’s being shown on ESPN and Spanish-language channel ESPN Deportes, with coverage getting underway at 10pm ET / 7pm PT, which is when the fighters are expected to make their ring walks.

If you have ESPN as part of a cable package, you’ll be able to stream games directly through the ESPN website.

How to watch the boxing without cable

Cord-cutters may also want to consider Sling TV, whose Sling Orange package features ESPN channels from just $35 a month. Although it’s currently even better value, as you can get your first month for only $10.

Meanwhile, fuboTV is an even more complete end-to-end cable replacement service, which offers ESPN and over 120 other channels on plans starting from $64.99 a month. Oh yeah… and it comes with a FREE fuboTV trial, too!

Die-hard boxing fans may want to tune in via ESPN Plus, which is showing all of the action from Virgin Hotels Las Vegas from 8.30pm ET / 5.30pm PT. It costs just $5.99 per month, but you’ll save even more if you pay for a year in advance. You can learn all you need to know and sign up with our dedicated ESPN Plus guide.

But there’s even better value to be had if you grab ESPN Plus as part of the big Disney Plus Bundle. As well as ESPN Plus live coverage and documentary action, you’ll get access to the Disney Plus catalog plus all the great shows and movies that Hulu offers, all for $13.99 a month.

Can you watch a Shakur Stevenson vs Jeremiah Nakathila live stream in the UK?

Surprisingly, it doesn’t look like the Shakur Stevenson vs Jeremiah Nakathila fight is being televised in the UK. That’s at the time of writing and there are reports of a new deal between Sky Sports and Top Rank being brokered in time for the fight, so it’s worth double checking the Sky Sports schedules.

Your best bet, therefore, may be to explore the VPN route set out above, in order to tap into a live stream from elsewhere. The fight is scheduled to begin at around 3am BST in the early hours of Sunday morning, and be prepared to need credit card details from th broadcasting country.

How to watch Stevenson vs Nakathila boxing in Canada

In Canada, the Shakur Stevenson vs Jeremiah Nakathila fight is being shown by TSN. Existing subscribers can log-in to watch TSN live streams at no extra charge with details of their provider.

Cord-cutters, meanwhile, can sign up to the TSN Direct streaming service for just $7.99 a day or (much better value) $19.99 a month.

TSN’s coverage of Shakur Stevenson vs Jeremiah Nakathila starts at 10pm ET / 7pm PT, which is when the fighters are expected to make their ring walks.

Canadian abroad? You can use a VPN to magically port yourself back in Canada to live stream boxing just like you would at home.

How to watch Shakur Stevenson vs Jeremiah Nakathila: live stream boxing in Australia

While no linear channel is set to show the fight Down Under, the Fite TV streaming service is offering the Shakur Stevenson vs Jeremiah Nakathila fight as a pay-per-view event.

The fighters look set to make their ring walks at around midday AEST on Sunday, which is when Fite TV’s coverage gets underway.

If that’s a little too early for your liking, Fite also includes unlimited reruns with the PPV purchase.

Out of Australia and need a stream of that PPV? Try a VPN to change your IP location.

Ring walks for the main event are roughly expected to be as follows.