You have reached the cached page for https://wikimili.com/en/Friedrich_Julius_Rosenbach
Below is a snapshot of the Web page as it appeared on 4/5/2020 (the last time our crawler visited it). This is the version of the page that was used for ranking your search results. The page may have changed since we last cached it. To see what might have changed (without the highlights), go to the current page.
You searched for: friedrich julius rosenbach wikipedia biography walter We have highlighted matching words that appear in the page below.
Bing is not responsible for the content of this page.
Friedrich Julius Rosenbach - WikiMili, The Best Wikipedia Reader

Friedrich Julius Rosenbach, also known as Anton Julius Friedrich Rosenbach, (December 16, 1842 – December 6, 1923) was a German physician and microbiologist. [1] He is credited for differentiating Staphylococcus aureus and Staphylococcus albus, which is now called Staphylococcus epidermidis, in 1884. [2] He also described and named Streptococcus pyogenes. [3] Rosenbach's disease is also named in his honor. [4]

Rosenbach was born in Grohnde an der Weser on December 16, 1842. He studied in Heidelberg, Göttingen, Vienna, Paris, and Berlin. He obtained his doctorate in 1867. He married Franziska Merkel on May 12, 1877. Rosenbach died on December 6, 1923, in Göttingen. 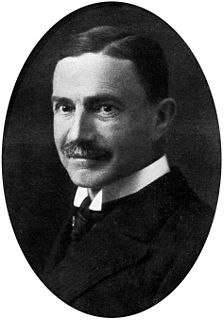 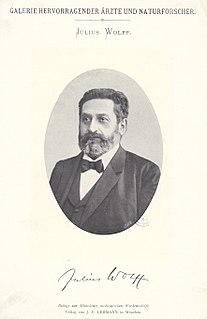 Julius Wolff was a German surgeon. 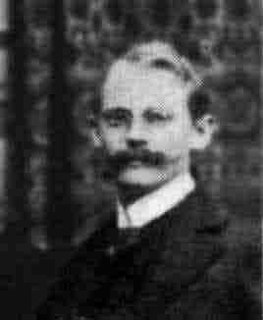 Felix Bernstein, was a German Jewish mathematician known for proving in 1896 the Schröder–Bernstein theorem, a central result in set theory, and less well known for demonstrating in 1924 the correct blood group inheritance pattern of multiple alleles at one locus through statistical analysis.

Hermann Friedrich Stannius was a German anatomist, physiologist and entomologist. He specialised in the insect order Diptera especially the family Dolichopodidae.

Nikolaus Friedreich was a German pathologist and neurologist, and a third generation physician in the Friedreich family. His father was psychiatrist Johann Baptist Friedreich (1796–1862), and his grandfather was pathologist Nicolaus Anton Friedreich (1761–1836), who is remembered for his early description of idiopathic facial paralysis, which would later be known as Bell's palsy.

Heinrich Suter was a historian of science specializing in Islamic mathematics and astronomy. 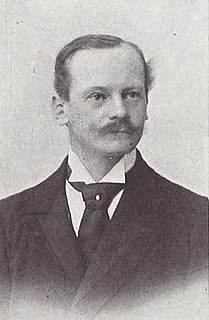 Otto Max Johannes Jaekel was a German paleontologist and geologist.

Karl Georg Friedrich Rudolf Leuckart was a German zoologist born in Helmstedt. He was a nephew to naturalist Friedrich Sigismund Leuckart (1794–1843).

Julius Leopold Pagel was a German physician and historian of medicine. 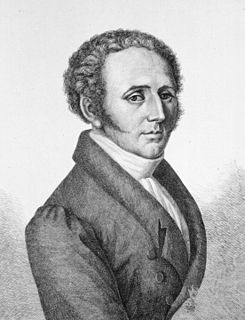 Konrad Johann Martin Langenbeck was a German surgeon, ophthalmologist and anatomist who was a native of Horneburg. 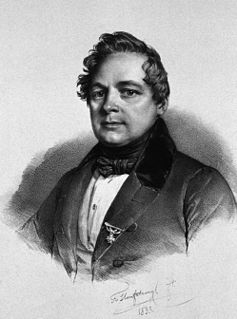 Friedrich August von Ammon was a German surgeon and ophthalmologist born in Göttingen. He was the son of theologian Christoph Friedrich von Ammon (1766–1850). 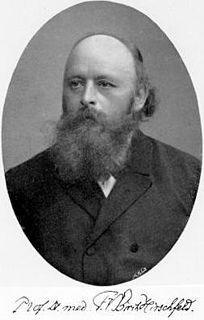 Felix Victor Birch-Hirschfeld was a German pathologist who was a native of Kluvensieck bei Rendsburg.

August Friedrich Thienemann was a German limnologist, zoologist and ecologist. He was an associate Professor of Hydrobiology at the University of Kiel, and director of the former Hydrobiologische Anstalt der Kaiser-Wilhelm-Gesellschaft at Plön.

Arnold Ludwig Gotthilf Heller was a German anatomist and pathologist who was a native of Kleinheubach am Main, Bavaria.

Ernst Julius Gurlt was a German surgeon born in Berlin. He was the son of veterinarian Ernst Friedrich Gurlt (1794–1882).

Joseph Ennemoser was a South Tyrolean physician and stubborn late proponent of Franz Mesmer's theories of animal magnetism. He became known to English readers through Mary Howitt's translation of his History of Magic.

Friedrich Jacob Behrend was a German physician known for his published works, in particular, subjects dealing with venereal disease, public hygiene and prostitution. He is also credited with translating a number of foreign language medical works into German.

Otto Wilhelm Hermann Reinhardt was a German botanist and conchologist. He was a teacher at a trade school in Berlin. Reinhardt was a friend of Paul Friedrich August Ascherson and co-founder of the botanical society in Brandenburg province.