You have reached the cached page for https://www.rottentomatoes.com/m/idle_hands
Below is a snapshot of the Web page as it appeared on 9/17/2020 (the last time our crawler visited it). This is the version of the page that was used for ranking your search results. The page may have changed since we last cached it. To see what might have changed (without the highlights), go to the current page.
You searched for: fever movie 1999 We have highlighted matching words that appear in the page below.
Bing is not responsible for the content of this page.
Idle Hands (1999) - Rotten Tomatoes
Home
Top Box Office
Tickets & Showtimes
DVD & Streaming
TV
News 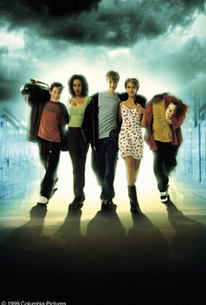 An uneasy mix of slapstick and gore, Idle Hands lacks the manic energy and comedic inspiration required to pull off its goofy premise.

When slacker teen Anton Tobias (Devon Sawa) has his right hand possessed by a demonic force, he finds that his life gets a lot more interesting. While Anton himself is an amiable guy, his hand proves to be an appendage of death, killing his two best buddies, Pnub (Elden Henson) and Mick (Seth Green), who return to life as wisecracking zombies. In addition to murdering those closest to him, Anton's evil hand significantly hinders his chances with lovely neighbor Molly (Jessica Alba).

Vivica A. Fox
as Debi

Christopher Hart
as The Hand

Tom DeLonge
as Drive Thru Jockey