You have reached the cached page for https://www.rogerebert.com/reviews/thats-the-way-i-like-it-1999
Below is a snapshot of the Web page as it appeared on 9/18/2020 (the last time our crawler visited it). This is the version of the page that was used for ranking your search results. The page may have changed since we last cached it. To see what might have changed (without the highlights), go to the current page.
You searched for: fever movie 1999 We have highlighted matching words that appear in the page below.
Bing is not responsible for the content of this page.
That's The Way I Like It movie review (1999) | Roger Ebert
Reviews

"That's the Way I Like It" is a light-hearted disco kung-fu musical--a Singapore retread of "Saturday Night Fever," crossed with a little Bruce Lee. It's not a satire, but another pass through the same material, right down to the Galaxy 2000 Disco, the ear-boxing at the dinner table, and the famous white suit. John Travolta must be smiling.

Singapore, 1977. Adrian Pang plays Ah Hock, a guy who works in a supermarket, dreams of owning a new Triumph motorcycle and has been many times to see "Forever Fever," which is the Singapore title for the Travolta film. When a local disco announces a dance contest with a prize big enough to buy the Triumph, he signs up for dance lessons at the Bonnie and Clyde Dance Studio.

Meanwhile, at home, Ah Hock gets no respect. In the original movie, the family doted on the older brother, who was a priest. In this film, it's the younger brother, who is studying to be a doctor.

Ah Hock is seen as the family goof-up, and in a scene that will resonate for lovers of the Travolta film, his father slaps him alongside the head, and Ah Hock bursts out in Singapore English: "Why you have to hit my hair?" True to the tradition of the Hollywood movie, the other brother makes a stunning announcement at the dinner table; Travolta's brother revealed he was leaving the priesthood, while Ah Hock's brother has changed his name from Ah Bend to Leslie and further revelations follow.

"Saturday Night Fever" has Travolta abandoning his sweet neighborhood girlfriend in order to choose a lovelier girl as his contest partner. Same thing here; good, loyal Ah Mei (Madeline Tang) gets replaced by slinky Julie (Anna Belle Francis), angering her own boyfriend, a rat. The contest of course ends with Ah Hock doing a solo, the disco ball painting the room in light as the soundtrack reprises familiar songs (the movie has a lot of the same music, covered by Singapore soundalikes).

Two imaginary advisers inspire Ah Hock on his way to the big contest: Bruce Lee, whose motto from "Enter the Dragon" ("Don't think--feel") becomes his credo, and John Travolta himself, who appears in fantasy sequences and gives him advice about life. (Well, not really Travolta, but a lookalike seen in shadow and profile, like Humphrey Bogart in "Play It Again, Sam.") Inspired, Ah Hock finds a locally tailored knock-off of Travolta's famous white suit.

Adrian Pang makes a likable hero, not without humor about his own predicaments, filled with passion and energy as he battles with his boss at the supermarket and conquers a last-minute trap set by the bad guy.

"Saturday Night Fever" this movie isn't, but it's not supposed to be: It's a funny homage, a nod to the way that some movies are universal in their appeal.

I said that Travolta must be smiling. Gene Siskel, who bought the original white disco suit at a charity auction and treasured it as much as Ah Hock cherishes his, must be grinning, too.

One Night in Bangkok

Nomad: In the Footsteps of Bruce Chatwin

The Devil All the Time 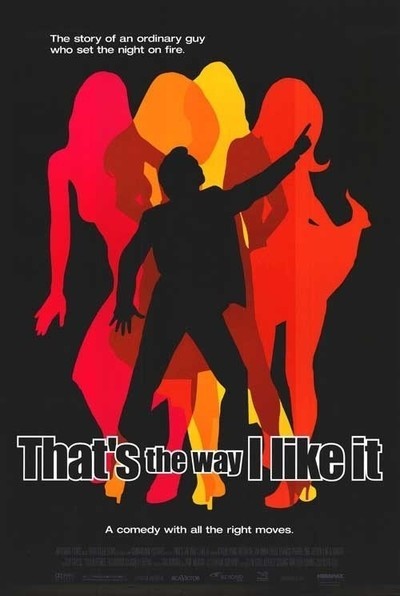 Rated PG-13 For Momentary Language and Some Violence

TIFF 2020: Violation, Shadow in the Cloud

about 21 hours ago
Advertisement