You have reached the cached page for https://www.amazon.com/Extraction-Bruce-Willis/dp/B019F93XSM
Below is a snapshot of the Web page as it appeared on 10/3/2021 (the last time our crawler visited it). This is the version of the page that was used for ranking your search results. The page may have changed since we last cached it. To see what might have changed (without the highlights), go to the current page.
You searched for: extraction netflix cast and crew We have highlighted matching words that appear in the page below.
Bing is not responsible for the content of this page.
Watch Extraction | Prime Video 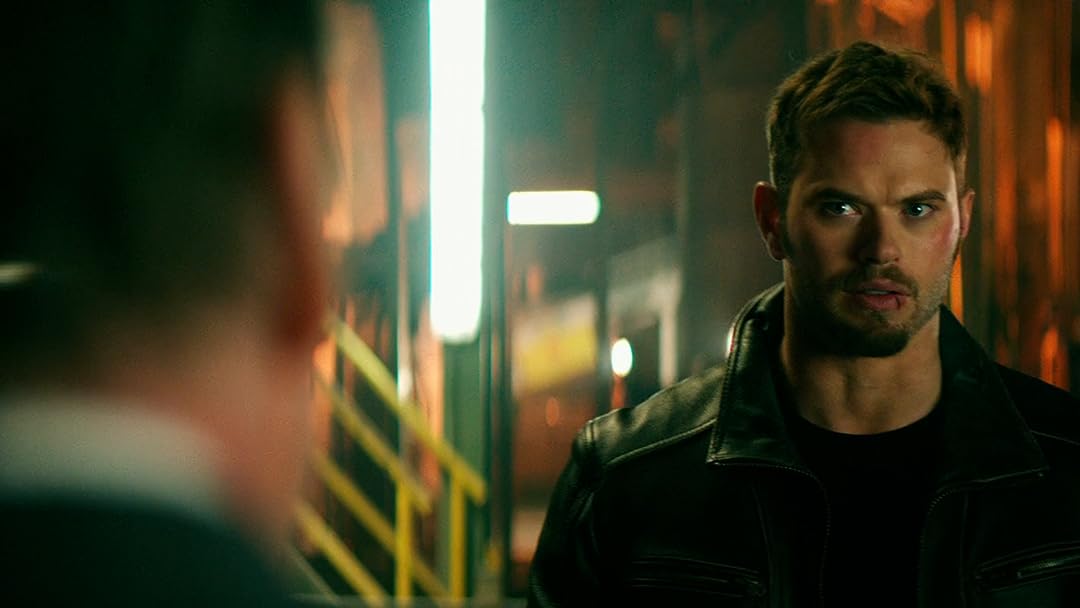 robert hReviewed in the United States on September 13, 2020
1.0 out of 5 stars
It's so bad it's difficult to know where to start but-
Verified purchase
The bad:
Plot- already done to death and almost always done better.
Script- I suspect the writers cranked this out in one afternoon. Throwing in 80s valley girl style terms like "totes" for totally and "jelly" for jealous make me also suspect they cranked the script out from their nursing home's dining hall.
Acting- mostly just so so with the exception of the actresses who had actual dialogue. Admittedly, their lines were lame but they signed on to make this piece of dreck so the least they could have done is deliver them as if they meant them. That's what acting is supposed to be after all.
Directing- It appears to me that they spend more time creating the cheesy opening credits than they did actually making the movie. As an aside, I now have a new metric for deciding whether to waste 90 minutes on a movie. If the opening credits list a half dozen or more production companies it isn't worth those 90 minutes.
Action sequences- Can a fight scene or a car chase be boring? This movie answers that question with a resounding "YES". The hero protagonist can beat a mob of bad guys senseless as they charge him one at a time. When they finally realize they can overwhelm him by sheer numbers he can be punched, stomped and kicked for a full minute before someone intercedes so he can get up off the floor (or in this case a pool table) with little more than a bloody lip.
The good:
It's mercifully short.
Conclusion:
Amazon should make it possible to give reviews of ZERO stars.

BCReviewed in the United States on April 21, 2017
1.0 out of 5 stars
Extraction or constriction
Verified purchase
Ok..I ussually only post about movies that i think are good, but ... As much as i like Bruce Willis, we all know he doesn't make movies for the quality of the work these days. You can watch the first 30 minutes and the last if you want to see Bruce. The rest is mediocre at best. FYI every athlete, wrestler or mma fighter can't act and dropping F bombs is not a substitute for good dialogue. I had higher hopes for this movie.
21 people found this helpful

Russell SReviewed in the United States on November 12, 2016
3.0 out of 5 stars
Not Too Bad. But Bruce Willis.....please retire.
Verified purchase
When a terrorist group kidnaps retired CIA field operative Leonard Turner (Bruce Willis), his son Harry Turner (Kellan Lutz), a government analyst who has been repeatedly turned down for field service, launches his own unsanctioned rescue operation. Now that I have given you the what it is about thing, let's talk a bit more about the movie itself. First, it was entertaining enough, if not sometimes a bit over the top. Second, the characters are all appearing to be going through the motions. Third, I will totally bypass Bruce Willis' part in this since he just seems to do movies for a paycheck now, he was deadpan and didn't show up at all. Gina Carano, I did like her in this but I'm not sure they knew how to use her in the movie, the tough partner or the damsel in distress? Kellan Lutz, I love Kellan, I really do but he was running on Willis's emotional level, meaning not at all. I thought he was okay as was the movie but I want more from him.
12 people found this helpful

Jonnie KingReviewed in the United States on September 20, 2020
2.0 out of 5 stars
HOPED FOR A LOT MORE...GINA STILL ROCKS !
Verified purchase
I've always liked Bruce Willis, he's usually good at what he does...but that didn't happen in "Extraction". The film is basically one long fight scene after the other...almost like they were trying to take-over the "Transporter" franchise...without Jason Statham.

On the other side of this, I've always loved Gina Carano. She's turned into a strong actress since she made the switch from her "sporting days" & championships to films. Sexy, smart, brings her "A" Game to every movie. She actually boosts the levels of "Extraction" when she enters it, but can't save a not-so-good script, and over-long fight scenes.

Sorry. With the cast, crew, and locations involved...I had hoped "Extraction" would be a winner. But that was not the case. If you check-out the number of Film Companies/Producers'/Executive Producers' involved, you'll see that there was a lot of money & many ideas that had to be reckoned with before the film ever hit the screen.
One person found this helpful

RichReviewed in the United States on September 1, 2017
1.0 out of 5 stars
Waste of money!
Verified purchase
I feel bad for once upon a time great actors like Bruce Willis. Either he's really bored or needs a paycheck really bad. Gina Carano (Angel Dust from Deadpool) is in it too. This movie starts out really intriguing and suspenseful, but then loses all that about 20 minutes later. This movie will lose you very quickly because it becomes very predictable. I don't recommend this movie to anyone. You're better off finding something else.
12 people found this helpful

InvoxicatedReviewed in the United States on December 22, 2019
3.0 out of 5 stars
Typical Bruce Willis shoot em up
Verified purchase
I took a chance on this movie because I like Bruce Willis a lot. I like his persona in these types of movies. But be warned that he is really a supporting actor in this movie. Maybe he's getting older and playing this sort of character (John McClane-type) is getting more difficult?
The movie basically revolves around his son in the movie and how he ascends through the ranks of a 3 letter agency to avenge his father's kidnapping. Didn't have me riveted to my sofa but I enjoyed it. Recommended
3 people found this helpful

sjbReviewed in the United States on December 18, 2016
2.0 out of 5 stars
B grade acting
Verified purchase
Was going to give it 1 star but thought id be nice, Willis is barely in the film, the acting of the others is B grade and both myself and my husband turned to each other after we actually finished watching and starting asking but hold on why did this happen and who the hell was that and why were they there sort of thing, def wont be watching again!
10 people found this helpful

sgtusaReviewed in the United States on September 10, 2018
1.0 out of 5 stars
Hollywood Floop ( ANOTHER ONE ) !!!!!
Verified purchase
Luv BRUCE WILLIS But, U Won't SEE Him in this MOVIE ( Other then, The COVER ) :o((
It a RECENT BS Trick that, Hollywood is DOING …… " LISTING " a BIG NAME Actor then, THEY Are Only
in the MOVIE, for a FEW MINUTES ??? It was NOT WORTH a Red Box And for SURE Not $7 - 8.00 :((
4 people found this helpful
See all reviews
Back to top
Get to Know Us
Make Money with Us
Amazon Payment Products
Let Us Help You
EnglishChoose a language for shopping. United StatesChoose a country/region for shopping.
© 1996-2021, Amazon.com, Inc. or its affiliates