'Extraction' plot explained. Read below to know the plot of the Chris Hemsworth starrer and also an explanation for the film's ambiguous ending. 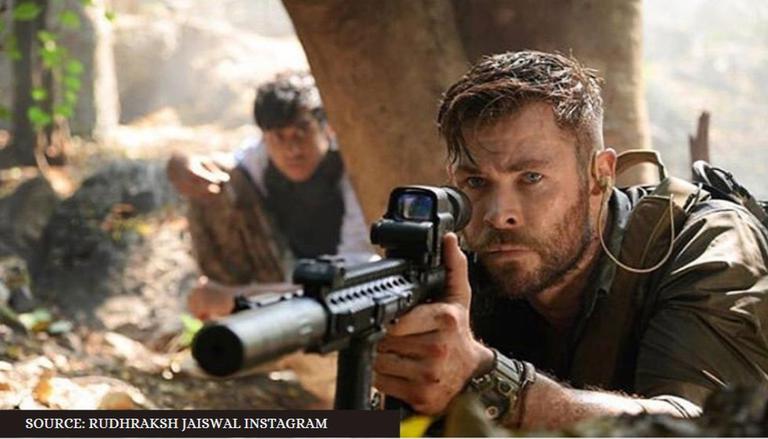 The latest Netflix film Extraction is evidently winning hearts on the internet. The film revolves around the story of a black market mercenary Chris Hemsworth who is assigned for a deadly mission to Dhaka to retrieve the teenage son of India's biggest crimelord. Read below to know the entire plot of Extraction along with the explanation for the ambiguous ending of the film.

In Extraction, Chris Hemsworth's character Tyler Rake is visibly damaged as he is haunted by the memories of his dead son. Rake can be seen always going in full-force towards fatal activities like jumping off a cliff. Tyler Rake is assigned the operation to rescue Ovi Mahajan, India's biggest crimelord's son, who is kidnapped by Bangladesh's biggest crimelord. Things go unimaginably out of control for Rake when hell breaks loose to find Ovi in Bangladesh as Rake frees him from the clutches of gangsters.

Also read: Will there be an 'Extraction 2' starring Chris Hemsworth? Director shares details

On the other hand, Saju, played by Randeep Hooda, is also on the lookout for Ovi as he is the assistant of his father. Having a moral responsibility to save Ovi, Saju's character can also be seen making extreme efforts to save him. After a cut-throat knife battle between Saju and Tyler takes place in the streets of Dhaka, Tyler successfully saves Ovi and brings him to a safe house.

Towards the end of the film, Tyler and Saju join forces to bring Ovi to safety and send him back home. The climax takes place on a bridge where intense action takes place. Towards the end of the climax, Saju loses his life in battle while Tyler Rake is badly wounded. He successfully saves Ovi from getting assassinated on the bridge and prompts him to run to safety. As Ovi is at a secured location, a badly wounded Tyler Rake decides to jump off the bridge right into the river and sacrifices his life as memories of his dead son flash through his eyes.

But during the final shot of the film, Ovi Mahajan, now secured and happy in his home, can be seen coming out of a swimming pool. As he comes out of the water, a mysterious looking figure can be seen looking over, the film ends as Ovi catches a glance of the man. The film ends suggesting that Tyler Rake might still be alive.

The ambiguous ending of the film has evidently put a number of fans in confusion. But, the director of the film has now revealed that viewer can make the ending their own and choose whether they want to keep Tyler Rake alive in their mind or not. The director feels that if one person feels that Tyler rightfully sacrificed his life and is now dead, then they consider the character dead. Whereas, if they wished for him to live, then they can believe that Tyler Rake was the mysterious figure looking over Ovi Mahajan in the final shot of the film.

Also read: Randeep Hooda opens up about his bonding with Chris Hemsworth while shooting 'Extraction'