You have reached the cached page for https://www.oldies.com/product-view/28897N.html
Below is a snapshot of the Web page as it appeared on 2/13/2021 (the last time our crawler visited it). This is the version of the page that was used for ranking your search results. The page may have changed since we last cached it. To see what might have changed (without the highlights), go to the current page.
You searched for: everything sucks descendents album We have highlighted matching words that appear in the page below.
Bing is not responsible for the content of this page.
Descendents : Everything Sucks CD (2004) - Epitaph | OLDIES.com
COVID-19: Because of processes designed to ensure the safety of our employees, you may experience a delay in the shipping of your order.

Alternative Press: 4 (out of 5) - "...Indeed, much of the material on this album outshines the songs that established the Descendants as pioneers of pop punk in the 1980s..." 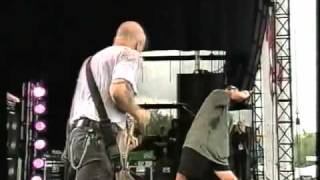 Alternative Press - 1/97, pp.68-69
4 (out of 5) - "...Indeed, much of the material on this album outshines the songs that established the Descendants as pioneers of pop punk in the 1980s..."
Option - 1-2/97, p.83
"...the amount of confidence bursting from the grooves of EVERYTHING SUCKS is surprising; shorn of the metallic tendencies that marred their All records, guitarist Stephen Egerton, bassist Karl Alvarez and drummer Bill Stevenson roar through soon-to-be-classics..."

The Descendents: Milo Aukerman (vocals); Stephen Egerton (guitar); Karl Alvarez (bass); Bill Stevenson (drums).
Additional personnel: Frank Navetta (guitar); Tony Lombardo (bass); Chad Price (background vocals).
Recorded at The Blasting Room, Fort Collins, Colorado in June and July 1996.
Personnel: Milo Aukerman (vocals); Frank Navetta, Stephen Egerton (guitar); Bill Stevenson (drums); Chad Price (background vocals).
Audio Mixers: Andy Wallace; Steve Sisco.
Recording information: Blasting Room, Fort Collins, CO (06/1996-07/1996).
Illustrator: Grey Stool.
Photographer: Jesse Fischer .
Along with Black Flag, the Circle Jerks and others, Descendents were founding fathers of California punk, popularizing a brand of hardcore that was singularly West Coast--streamlined, with equal amounts of aggression and tuneful popcraft. This was the scene that would cough up chart toppers like Green Day and Rancid 15 years later. From their recording debut in 1979 till their breakup in 1987 and mutation into the equally fierce All, Descendents shot out album after album of tight, concise punk. After a nine-year layoff, the bespectacled Milo and crew have returned with an album as raucous and engrossing as any of their previous outings.
Unlike many of the bands who followed in their footsteps, Descendents add a welcome touch of sardonic humor to their existential rancor, making you laugh along with the bleak narrative of the title tune, even as you empathize with the poor sap whose life is in shreds. Only a mind as deliciously twisted as Milo's could come up with as bizarre a tale as "Eunuch Boy" and manage to cram the entire lyric into 30 furious seconds. Ultimately it's Descendents' gift for melodic songwriting that makes them continually engaging. EVERYTHING SUCKS does everything but live up to its title.

Minutemen
What Makes a Man Start Fires?
$15.40
Add to Cart

Dwarves
The Dwarves Are Young and Good Looking
$9.70 Super Savings
Add to Cart