You have reached the cached page for https://www.dailymail.co.uk/tvshowbiz/article-5974789/Stings-daughter-Coco-Sumner-puts-playful-display-Jos-phine-La-Baume.html
Below is a snapshot of the Web page as it appeared on 2/28/2021 (the last time our crawler visited it). This is the version of the page that was used for ranking your search results. The page may have changed since we last cached it. To see what might have changed (without the highlights), go to the current page.
You searched for: eliot sumner girlfriend dies We have highlighted matching words that appear in the page below.
Bing is not responsible for the content of this page.
Sting's daughter Coco Sumner enjoys lunch with Joséphine de La Baume | Daily Mail Online

By Laura Fox For Mailonline

Coco Sumner was putting on a playful display with Joséphine de la Baume on Thursday as the pair enjoyed a low-key lunch with Lady Mary Charteris in Notting Hill.

The 27-year-old daughter of The Police legend Sting and his wife Trudie Styler was seen having a tender embrace with the ex-wife of musician Mark Ronson, 33, as they arrived for lunch in the capital.

Joséphine showed off her trim figure in high-waisted boyfriend jeans and a simple striped t-shirt as she arrived for the meal, while Coco was more casual with her brown tresses hanging loose. 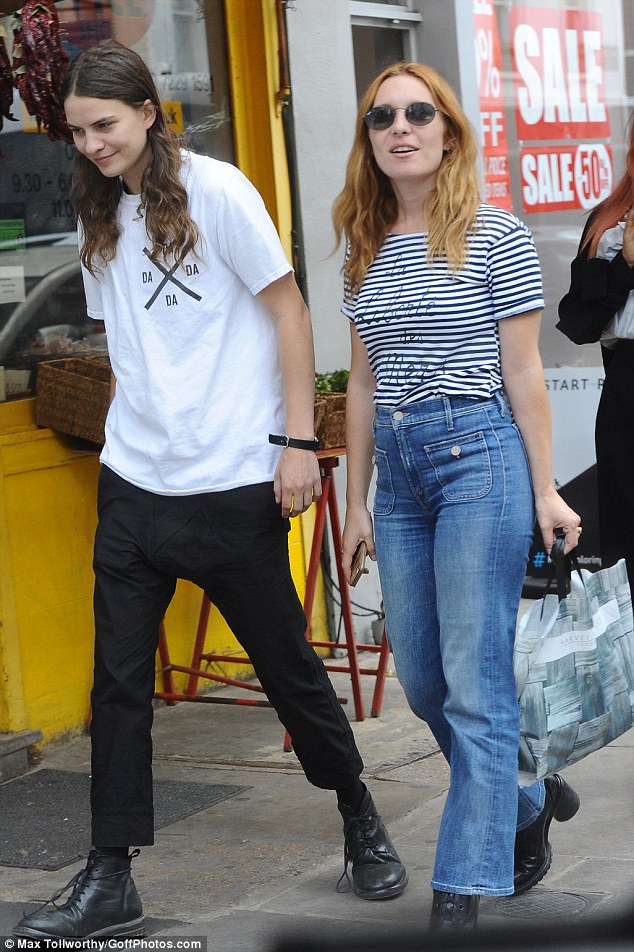 Joséphine has never been one to shy away from showcasing her sense of style, and seemed to go for a Parisian-inspired look by sporting a striped t-shirt boasting French lettering and high-waisted flared jeans.

Adding some height with some platform boots, the French actress sported oval-framed sunglasses in the hot weather. 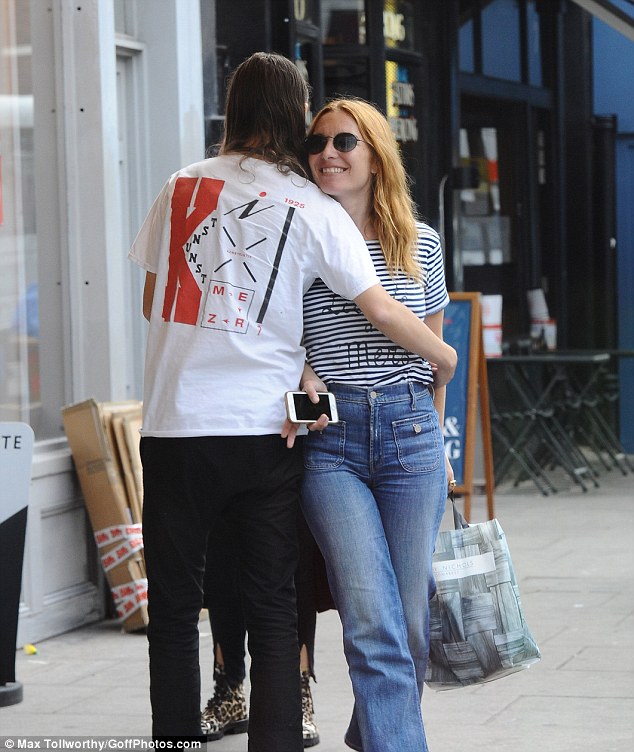 Lovely: The 27-year-old musician was seen embracing her companion Joséphine as they strolled through the capital in the sunshine 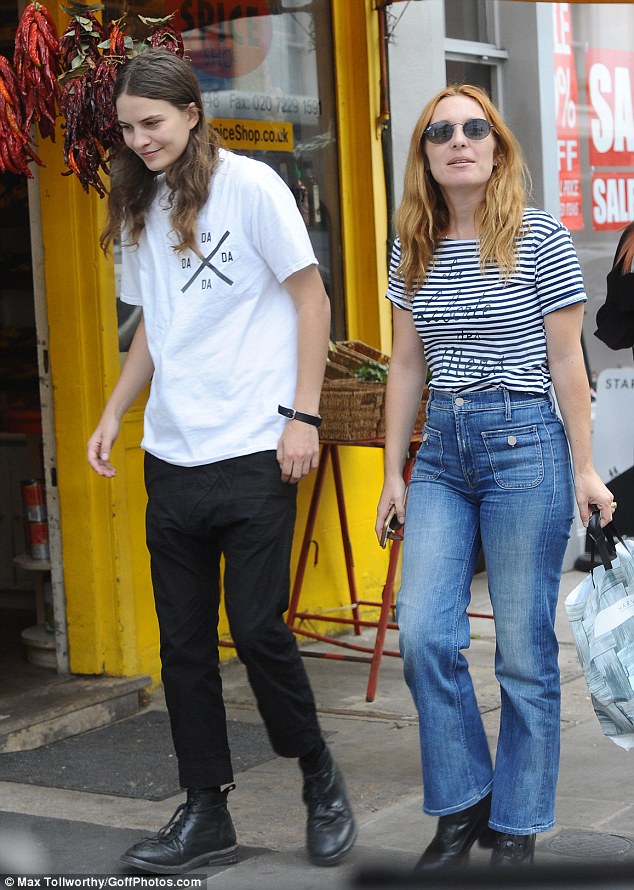 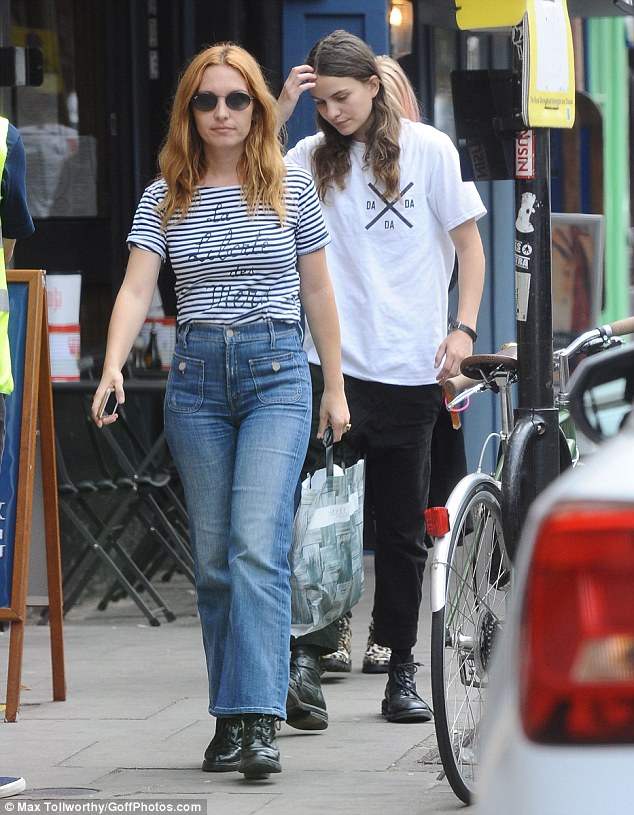 Relaxed: Meanwhile Joséphine was showed off her French style sense as she sported a striped t-short and high-waisted flared jeans 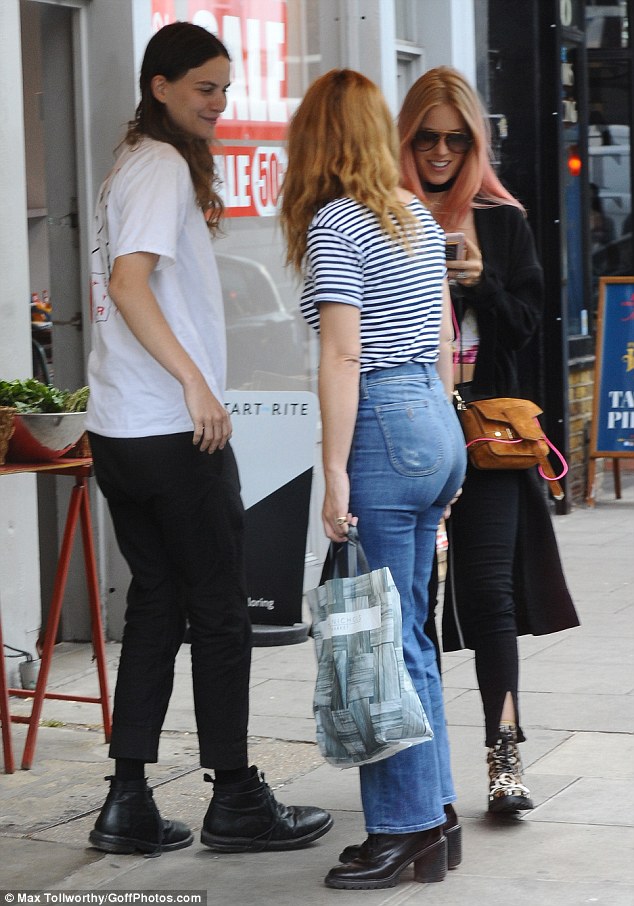 Pals: The duo were seen meeting up with socialite Lady Mary Charteris, who was casual in all-black with leopard-print boots

As they arrived for lunch, the pair were seen larking about as they strolled down the street by pulling in for impromptu hugs.

Meeting up with Lady Mary, the group looked totally at ease while sat in the London sunshine. 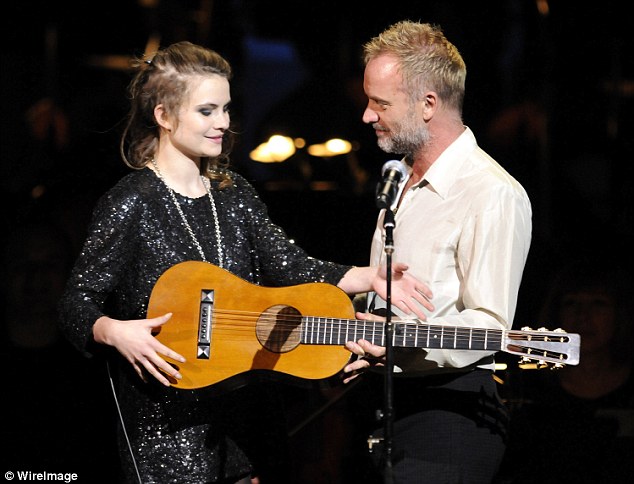 Sweet: Coco is the daughter of 80s music legend Sting, with his wife Trudie Styler (above in 2008) 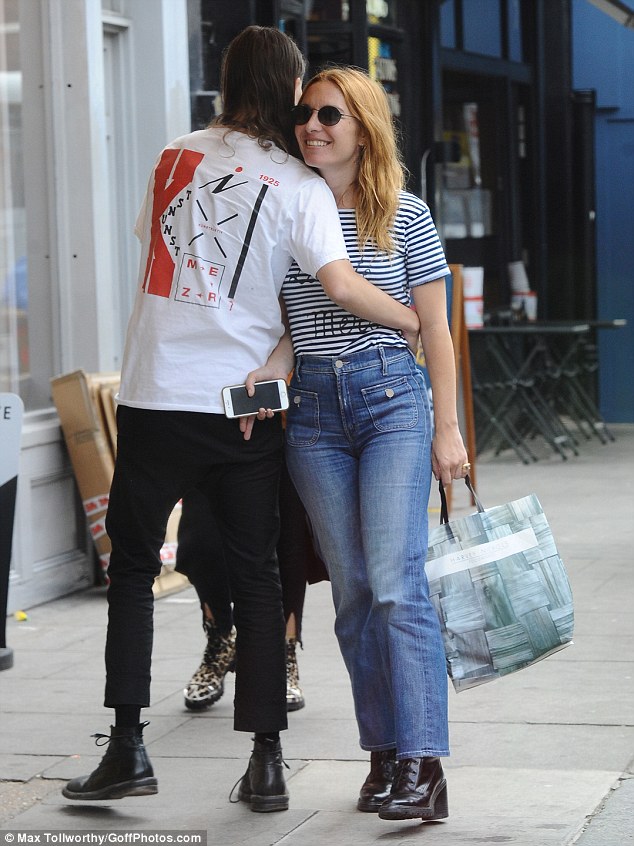 Sweet: Coco and Josephine have been out and about together on numerous occasions, and were even spotted sharing a passionate kiss in Paris in April 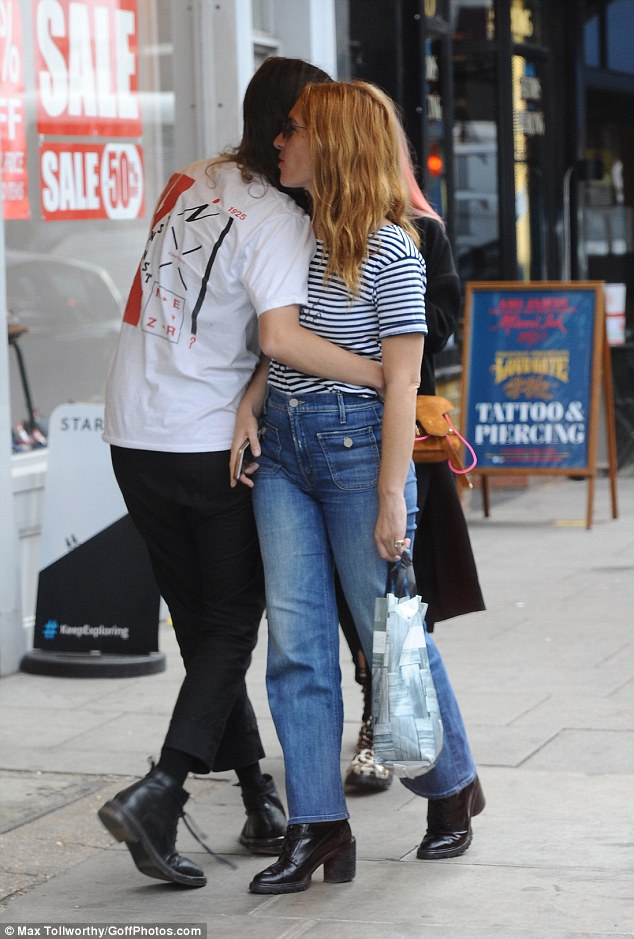 Over: Joséphine filed for divorce from ex-husband Mark Ronson in May 2017 - citing irreconcilable differences as the reason for their split 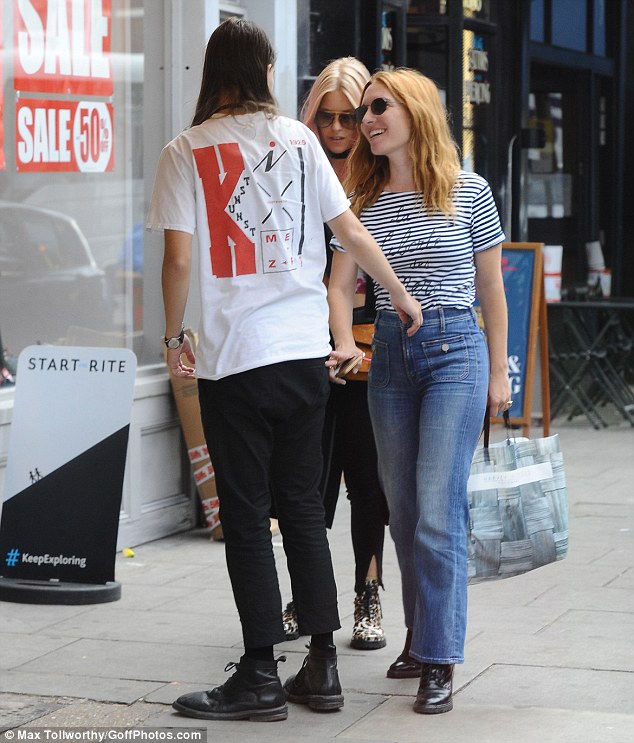 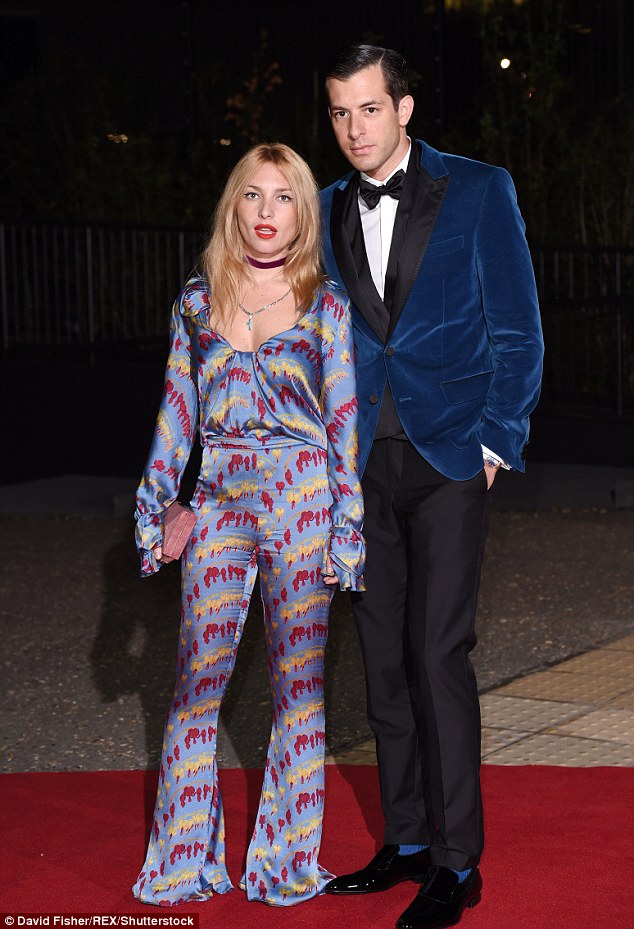 Done: Joséphine and Mark's marriage ended last year, with TMZ reporting she listed their date of separation as April 21

Joséphine and Coco have been spotted together on numerous occasions, with the pair even sharing a passionate kiss while out and about in Paris in April.

According to TMZ, beauty Joséphine filed for divorce from her 42-year-old DJ husband Mark Ronson in May 2017 - citing irreconcilable differences as reason for their split.

The site reports that Joséphine listed April 21 as their official date of separation, which is five months shy of their sixth anniversary. 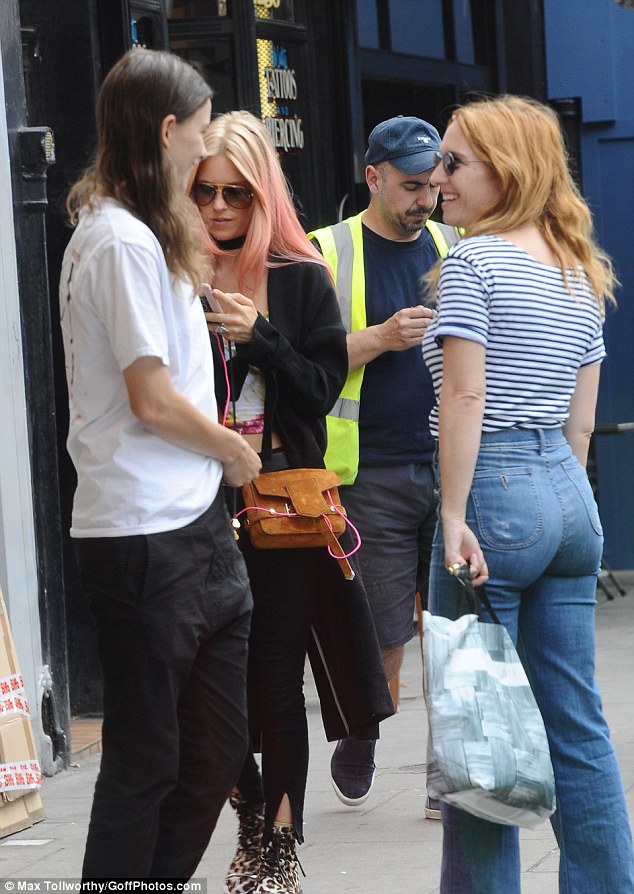 Open: Meanwhile Coco has spokenly openly about her sexual preferences, when she revealed to Evening Standard Magazine in 2015 she had been dating Australian rocker Lucie Von Alten 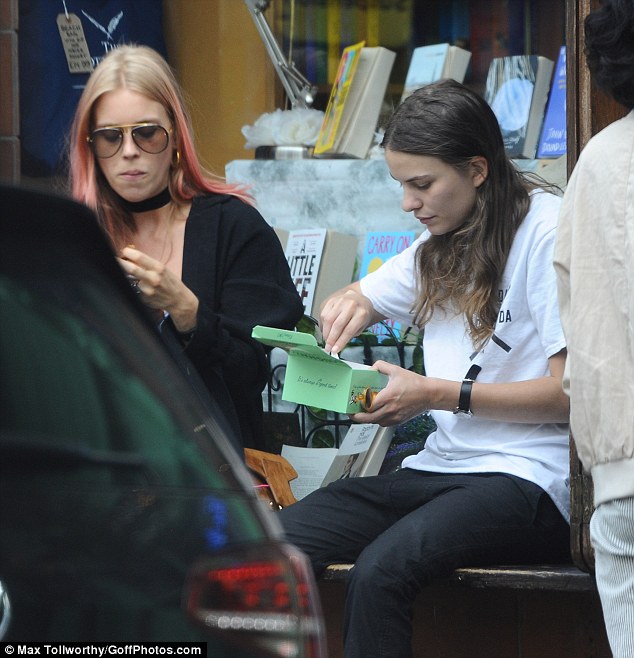 Honest: She told the publication: 'I don't believe in any specifications. I think forever I was trying to figure out maybe …what I am' 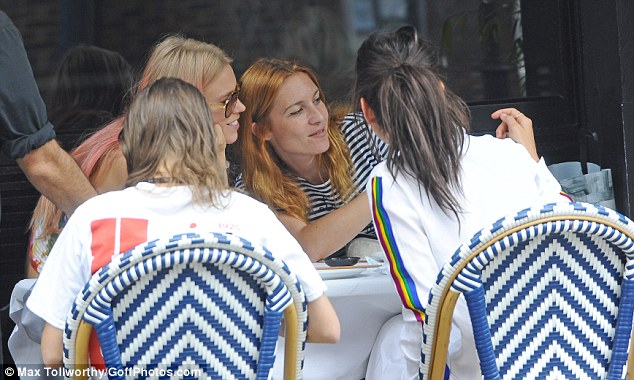 Smile! Upon arriving or the lunch, the group were seen sharing some cosy snaps together 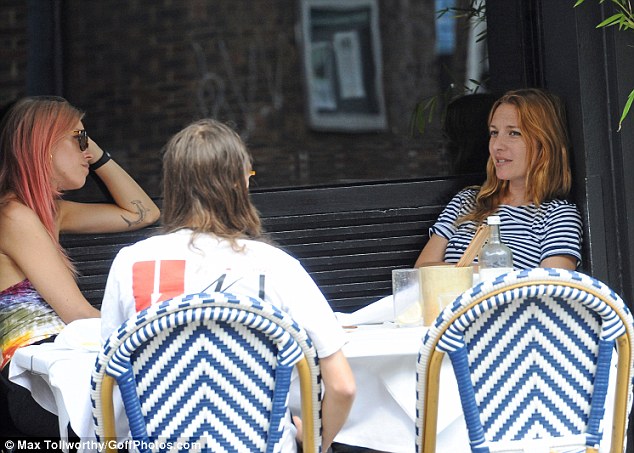 Good chats: It was a perfect day for the group to be enjoying lunch, as they soaked up the blazing hot summer weather

Mark married the beauty in a lavish ceremony in Aix-en-Provence, in the South of France, in September 2011.

BRIT Award winner Mark first met his bride in 2009, and the pair managed to pull together their wedding plans fast enough in 2011 to kick off the ceremony just six months after he got down on one knee.

Coco has also previously spoken openly about her sexual preferences, revealing she was in a two-year relationship with Australian rocker Lucie Von Alten in December 2015.

She told The Evening Standard Magazine: 'I don't believe in any specifications. I think forever I was trying to figure out maybe …what I am.' 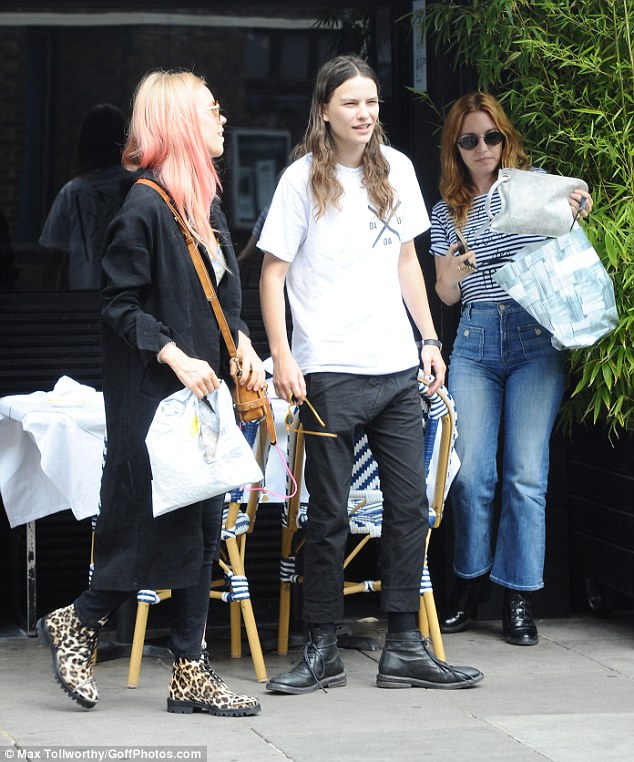 Paid the bill? Later that day the group were seen heading out of the restaurant, with Lady Mary wrapping up in a long black coat 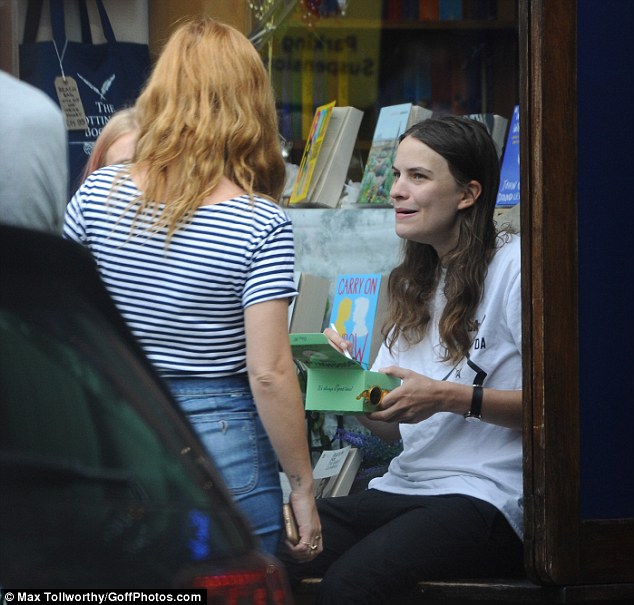 Energetic: They were also seen perching in the window of a book shop in Notting Hill 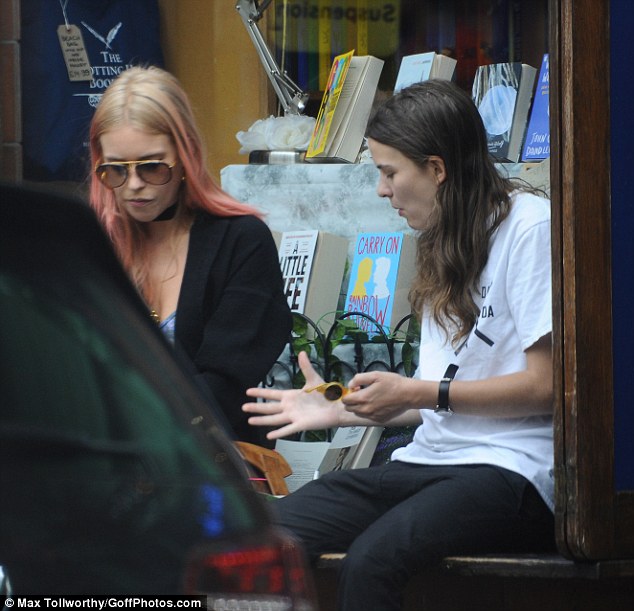 Deep in thought: Lady Mary had her pink tresses hanging in loose waves and sported gold aviator sunglasses for the outing 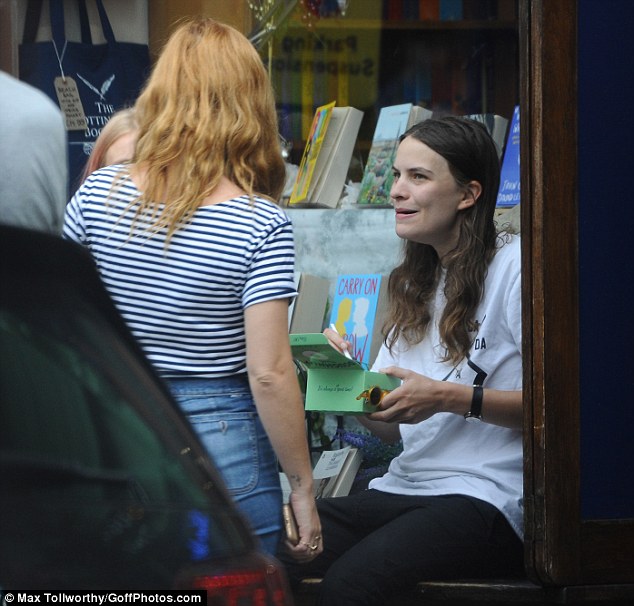 Happy: They all looked to be in good spirits as they strolled through the city together

Coco also said she never needed to come out to her family and friends as they always knew she fancied women.

She said: 'They knew already. So I didn't need to. I've never come out to anyone.

Sting and Trudie have four children, Mickey, 33, Jake, 32, Coco, and Giacomo, 21, while Sting has daughter Kate, 35, and son Joe, 40, from his first marriage, to actress Frances Tomelty. 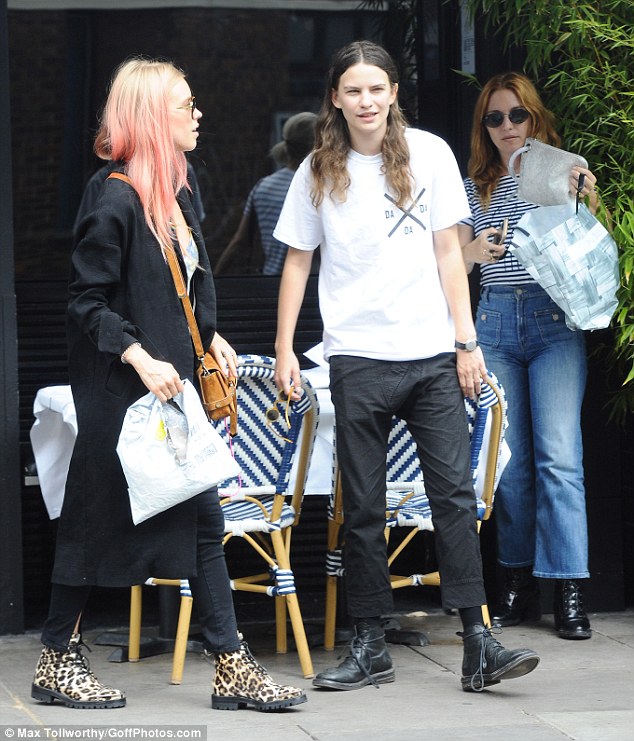 Candid: Coco is the third of of four children Sting and his wife Trudie share, while he also has two children from his first marriage 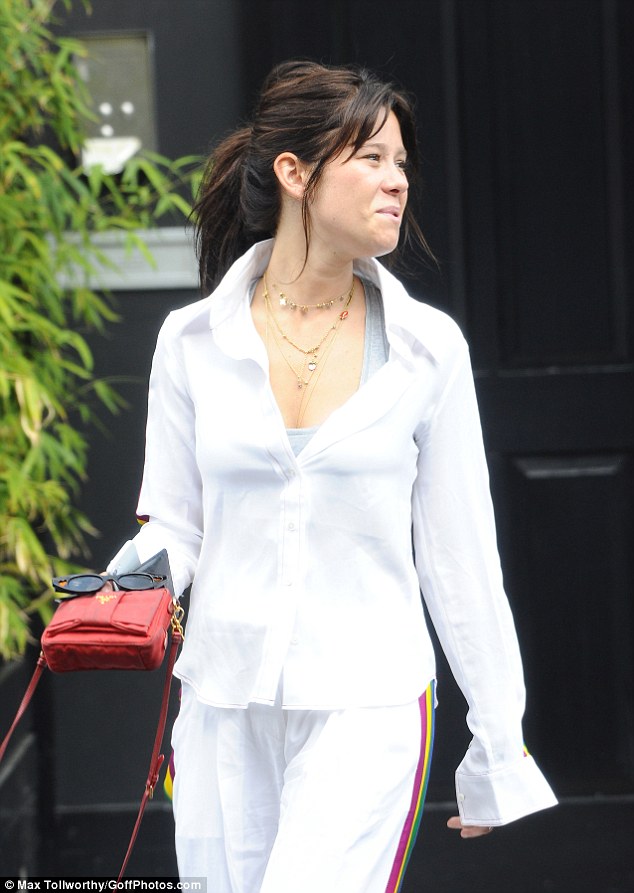 Out and about: Joséphine, Mary and Coco were all seen being joined by another female companion