You have reached the cached page for https://time.com/5680297/author-graeme-gibson-dies-margaret-atwood/
Below is a snapshot of the Web page as it appeared on 10/19/2021 (the last time our crawler visited it). This is the version of the page that was used for ranking your search results. The page may have changed since we last cached it. To see what might have changed (without the highlights), go to the current page.
You searched for: eleanor atwood gibson We have highlighted matching words that appear in the page below.
Bing is not responsible for the content of this page.
Graeme Gibson, Author and Margaret Atwood's Partner, Dies | Time

Graeme Gibson, the Canadian author of books including Five Legs and Perpetual Motion and longtime partner of author Margaret Atwood, has died. He was 85.

His publisher, Penguin Random House, announced his death in a press release Wednesday.

Atwood said in a statement that her longtime love “went out on a high.”

The Handmaid’s Tale author recently told TIME for its Sept. 3 cover story that she became a caretaker to Gibson while he battled dementia, bringing him to doctor’s appointments while completing her latest novel, The Testaments, a sequel to her acclaimed dystopian best-seller.

The literary couple met in writing circles in the 1970s they lived together in Toronto until his death. Although the two never married, they had a daughter together, Eleanor Jess Atwood Gibson, in 1976. Gibson previously had two sons — Matthew and Grae Gibson — with Shirley Gibson.

Gibson was born in London, Ontario, in 1934. His first book, Five Legs, was published in 1969. He went on to pen fiction books including Gentleman Death and Communion and non-fiction books including The Bedside Book of Birds and Eleven Canadian Novelists — which featured an interview with Atwood herself. His final book, The Bedside Book of Beasts, was published in 2009.

He was a founding member of multiple writers’ organizations, including the Writers’ Trust of Canada, PEN Canada and Writers’ Union of Canada, which created the Graeme Gibson Award in 1991 to honor “varied and remarkable contributions” to improve circumstances for Canadian writers.

The author’s passion for literature was only matched by his love for birds. He served as a council member of the World Wildlife Fund Canada and also served, with Atwood, as BirdLife International’s Rare Bird Club’s Joint Honorary President.

With a shared love of literature and birding, Gibson and Atwood remained close in their decades together, as noted in a 2017 New Yorker profile of Atwood, which also confirmed his early dementia diagnosis and their shared support for Canada’s dying-with-dignity movement. 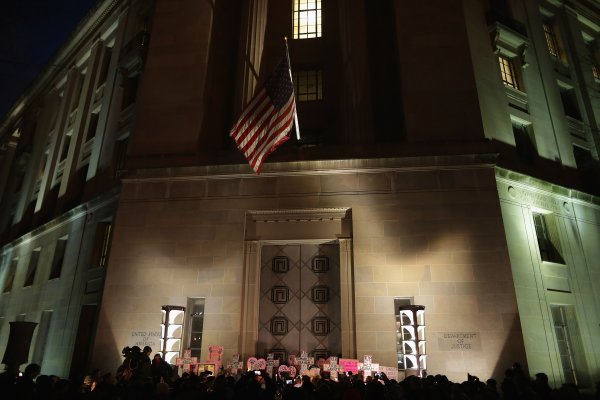 'I Will Not Allow That to Be Your Life.' A Mother's Letter to Her Black Sons on Growing Up in America
Next Up: Editor's Pick