You have reached the cached page for https://theworldnews.net/us-news/arkansas-mother-accused-of-faking-adopted-son-s-terminal-illness-what-is-munchausen-by-proxy
Below is a snapshot of the Web page as it appeared on 7/29/2021 (the last time our crawler visited it). This is the version of the page that was used for ranking your search results. The page may have changed since we last cached it. To see what might have changed (without the highlights), go to the current page.
You searched for: dolly parton vaccine donation We have highlighted matching words that appear in the page below.
Bing is not responsible for the content of this page.
Arkansas mother accused of faking adopted son's terminal illness: What is Munchausen by proxy?

An Arkansas woman and her husband have been accused of a rare psychiatric disorder behind the life-threatening abuse and neglect they inflicted on their adopted son, according to public court documents.

Kristy and Erik Schneider were accused of Munchausen by proxy, or factitious disorder, the court documents show. The syndrome relates to when a child’s caretaker, "most often a mother, either makes up fake symptoms or causes real symptoms to make it look like the child is sick," according to the Icahn School of Medicine at Mount Sinai. 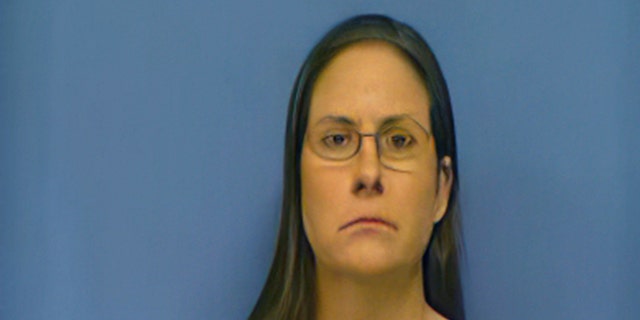 Examples include adding blood to a child’s urine, withholding food, warming thermometers, falsifying lab results and administering drugs or an IV line to cause illness in the child, Mount Sinai states on its webpage.

CLICK HERE TO FIND A COVID-19 VACCINE NEAR YOU

According to court records, the couple informed their community that their son, Louie, who they had adopted in 2014, was terminally ill, prompting many donations and charitable contributions.

"In reality, Defendants grossly exaggerated and misrepresented L.S.’s [the child's] health condition to both medical providers and the general public, which directly caused an outpouring of love, prayers, and monetary support. Together, Defendants orchestrated a profitable scheme that deceived others at the expense of their son and the public," court documents read.

In February 2019, Kristy Schneider created online posts on CaringBridge.org over her son's journey, characterizing the child's illness as a "rare chromosomal abnormality that led to him being globally developmentally delayed."

Court records describe Kristy Schneider's claims that Louie experienced seizures, deteriorating motor skills and was fed through a J-tube, which is surgically placed directly into the small intestine to help with nutrition. This apparently prompted visits to numerous specialists. The family went to Cincinnati Children's for GI testing before the child was transferred to Arkansas Children's Hospital for intensive care.

Kristy Schneider also claimed, "After seeing multiple specialists, trying everything possible, and consulting with doctors in multiple other states/facilities, it was determined that the recommended course of action was to come home on hospice care," court records read.

Law enforcement officers lined the road as the child entered hospice care, though his condition quickly improved. Doctors noted Kristy Schneider described the child as having "severe pain" "not observed in the clinic," and her requests for a hospice referral were rejected on the basis they were unnecessary.

A hotline report in July 2019 to the Arkansas Department of Human Services (DHS) claimed Kristy was intentionally causing her children to get sick. Another hotline report in September informed DHS that Kristy's exaggeration of her son's illness resulting in unnecessary medical care, and the child was taken from the couple's custody that day.

DHS soon filed for a petition of dependency-neglect, claiming the the child was at risk of "serious harm as a result of abuse, neglect and parental unfitness."

MOMS COME TO WOMAN’S RESCUE AFTER TEARFUL POSTPARTUM DEPRESSION VIDEO GOES VIRAL: ‘I COULD USE SOME FRIENDS’

Doctors testified the child was a victim of Munchausen by proxy, which was upheld in the court. Further, an Arkansas-based nonprofit donated some $1,600 in gifts and meals, and $1,500 in cash in 2019, with the couple's neighbors raising over $10,000 through international PayPal donations, over $8,500 of which was transferred to Kristy to allegedly cover the child's medical expenses. Court documents estimate the couple garnered about $31,800 worth of gifts, meals, cash and transportation.

The couple was slammed with restitution and Kristy Schneider was reportedly charged Tuesday with first-degree child endangerment, a Class D felony, according to ABC local station KATV.

The Cleveland Clinic notes those with the syndrome seek "attention and sympathy" through their lies and exaggerations, adding, "diagnosing and treating Munchausen syndrome is difficult because of the person’s dishonesty."

The Clinic adds that the syndrome is coined "after Baron von Munchausen, an 18th century German officer who was known for embellishing the stories of his life and experiences."

Women in the healthcare industry are said to be most likely to have the syndrome, albeit rare, and Mount Sinai notes that medical expertise proves useful when it comes to forging symptoms.

Man City will sell midfielder Ilic to Verona for 7.5 million euros. He spent a year on loan there
Roma and Genoa agreed on the lease of Shomurodov with a mandatory purchase for 17.5+2.5 million euros. The contract will be signed on Monday
Van Dijk played for Liverpool for the first time in 9 months
Ronald Araujo: I feel more experienced. I work hard to be ready for the season
Venice is giving away style again: they decorated the black home uniform with gold-it symbolizes the wealth of the city
Aberdeen will install a bronze statue in honor of Alex Ferguson
Pochettino on Mbappe's departure: Kylian didn't tell me anything like that. It is only clear that he has a year on his contract

Denial of responsibility! The World News is an automatic aggregator of the all world's media. In each material the author and a hyperlink to the primary source are specified. All trademarks belong to their rightful owners, all materials to their authors. If you are the owner of the content and do not want us to publish your materials, please contact us by email abuse@theworldnews.net. The content will be deleted within 24 hours.

First group of Afghan military interpreters to reportedly arrive in US

Padres close to acquiring Max Scherzer in trade with Nationals

Michael Phelps on Simone Biles' situation: 'It broke my heart'

Sheriff: 3 dead at Wisconsin quarry were shot over $600 debt

This fossil could be Earth's earliest known animal

Watch Live: Biden to call for $100 payments for getting vaccinated

Austin matches number of homicides in all of 2020, McCaul blames 'defund the police'

The Latest: Biden asks states to offer the unvaccinated $100

Woman, 26, charged in death of 92-year-old roommate in Montgomery County

Is This the Biggest Hamptons Party Season Ever?

Braunwyn Windham-Burke claims she was sued for kissing Tamra Judge

Congress needs to make vaccination mandatory for lawmakers and staff

iPhone, iPad, Mac users must drop everything for THIS crucial update; even Govt issues warning [details]

Stream It Or Skip It: ‘Jellystone!’ On HBO Max, Where Yogi Bear, Boo-Boo And Classic Hanna-Barbera Characters Return For Weird Adventures

20 Amazon products our readers were obsessed with in July

The Capital Gazette Found Justice. But Can the Newspaper Survive?

Goldman Sachs is taking a hard line on employee vaccinations. Other big banks are following its lead

Mel Tucker says leaders are starting to emerge for Spartans

Paris 2024 Olympics logo roasted for looking like a ‘Karen’

'Bachelor' host Chris Harrison has no regrets over exit: 'I wish everybody the best'

The 18-year-old overcame injuries, Covid tragedy and a horrific accident to put in a historic performance in the women's all-around final

Australian Olympian fixed kayak with a condom, threw up and won gold

Sex-harass accuser says lawyer who quit on Gov. Cuomo’s team should be ‘disbarred’