You have reached the cached page for https://2paragraphs.com/2020/01/dina-meyer-flaunts-amazing-bikini-pics-undresses-for-cheeky-fellas/
Below is a snapshot of the Web page as it appeared on 4/21/2021 (the last time our crawler visited it). This is the version of the page that was used for ranking your search results. The page may have changed since we last cached it. To see what might have changed (without the highlights), go to the current page.
You searched for: dina meyer We have highlighted matching words that appear in the page below.
Bing is not responsible for the content of this page.
Dina Meyer Flaunts Amazing Bikini Pics, Undresses For “Cheeky Fellas” 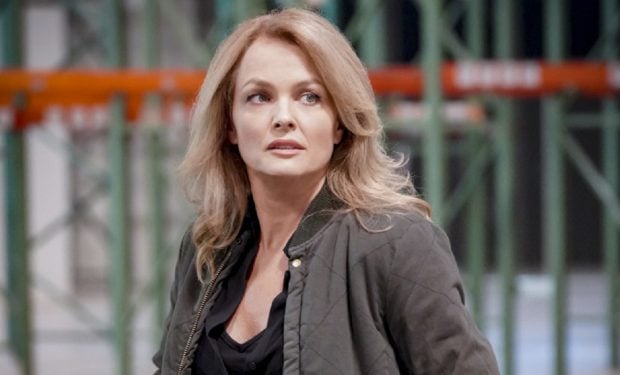 On the NCIS: Los Angeles episode “Groundwork,” gorgeous CIA Officer Veronica Stephens (Dina Meyer) is back and she’s asking the NCIS team for help. An agricultural engineer with patents on a number of emerging technologies has disappeared, probably kidnapped.

As Stephens explains to Sam (LL Cool J) and G (Chris O’Donnell), his technologies are the kind some countries would rather steal than pay for. (Check out the sneak peek video below!)

When not on a TV or movie set, Meyer spends time working out and flaunting the results! The 51-year-old actress captioned the bra/bikini pic above: “After posting the photo of my back the other day, I received some requests to “turn around.” My guess is, those cheeky fellas wanted me to do so without the top on, 😉 so here’s the compromise.”

Meyer added, “I have to admit, 23 years after the filming of Starship Troopers, it feels pretty good to say that I am currently in the BEST shape of my life.”

NCIS: Los Angeles airs Sundays at 9 pm on CBS, right after God Friended Me at 8 pm, and right before NCIS: New Orleans at 10 pm. [Watch On Your Phone with Amazon Prime or CBS ALL-ACCESS. Both options offer free trials.]