You have reached the cached page for https://www.momjunction.com/articles/serious-symptoms-of-dengue-fever-in-infantsbabies_00101058/
Below is a snapshot of the Web page as it appeared on 11/19/2020 (the last time our crawler visited it). This is the version of the page that was used for ranking your search results. The page may have changed since we last cached it. To see what might have changed (without the highlights), go to the current page.
You searched for: dengue symptoms in children We have highlighted matching words that appear in the page below.
Bing is not responsible for the content of this page.
13 Symptoms of Dengue Fever in Babies And Toddlers 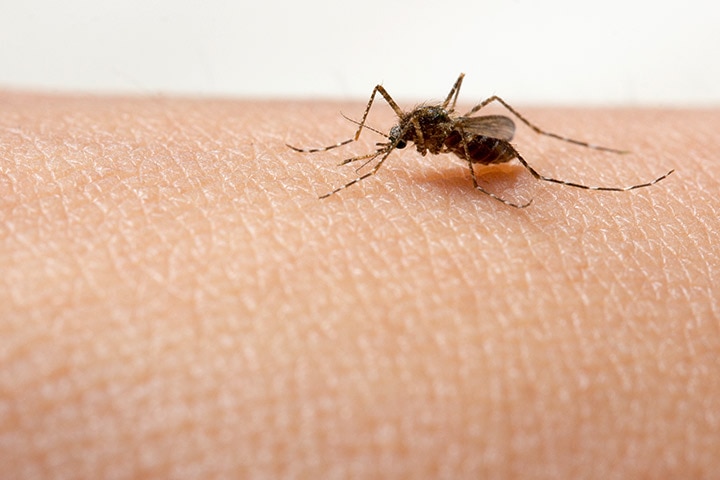 Dengue fever is an acute viral illness caused by four strains of the dengue virus. Endemic in tropical and subtropical countries, dengue in babies and toddlers can be severe, especially for the child born to mothers who had dengue(1). Though dengue can be cured with home care, it is recommended to seek medical attention.

Read this MomJunction post to know more about dengue fever in infants, its signs and symptoms, treatment, and how to protect your baby from dengue fever and other mosquito-borne illnesses.

What Causes Dengue And How Does It Spread?

The dengue virus is mainly transmitted by the Aedes aegypti species of female mosquitoes. These species of mosquitoes are also responsible for Zika virus infection, chikungunya, and yellow fever.  Dengue infection can be caused by four serotypes of dengue virus, including DENV-1, DENV-2, DENV-3, and DENV-4.

It is transmitted to humans through an infected female mosquito bite, which feeds only during the daytime. After biting an infected person, female mosquitoes can transmit the dengue virus within eight to 12 days to other humans. It is not a contagious disease that spreads from human to human. There are rare cases of vertical transmission (pregnant mother to baby) (2).

Though there is a case of transmitting dengue virus from breast milk, it is recommended to breastfeed babies due to benefits (3).

After an infected mosquito bite, it may take five to seven days for dengue to develop, and the disease follows three phases (4):

Signs And Symptoms Of Dengue In Infants And Toddlers

Symptoms of dengue can be difficult to recognize in babies and toddlers since it can be similar to those of other common childhood infections. Your child may require immediate hospital admission if any of the following signs and symptoms signs develop (5)(6).

The above mentioned are the warning signs of dengue that require emergency medical attention as they may be indicating the following.

Complications Of Dengue Fever In Infants And Toddlers

In addition to the above mentioned conditions, dengue fever in babies and toddlers may result in (8):

When To See A Doctor?

It is recommended to seek immediate medical care if you notice the following signs of severe dehydration (9)).

Diagnosis Of Dengue In Babies And Toddlers

It is recommended to test dengue in babies who live in or recently traveled to dengue-endemic areas. The tests include the following (10).

A platelet count below 100,000 per microliter can be seen in dengue fever, but common in dengue hemorrhagic fever. After three to eight days of illness, thrombocytopenia (reduced platelet) can be observed. About 20% or more increase in hematocrit value (percentage of red blood cells) suggests that there is plasma leakage (11).

Is There Any Treatment For Dengue?

There is no specific treatment for dengue. Like most viral illnesses, dengue too is usually managed with supportive care through fluids. Antibiotics are not used to treat dengue as it is a viral infection. unless there are signs of secondary bacterial infection.

The following essential steps are taken for effective management and treatment of dengue (12)(9).

Your baby may require blood products in the case of bleeding from nose, gums, or gut. It may take a while to have a normal platelet count after the illness.

Is It Possible To Treat Dengue Fever At Home?

If there are no warning signs and the baby can take oral fluids, then home treatment might help. However, it is recommended to visit a pediatrician for proper guidance and to identify the illness. Hospitalization is mandatory if your child has severe fever and complications of dengue. Home treatment steps include (1).

Can Dengue Fever Be Prevented?

If you are living or traveling to a country with a risk of dengue, then you should take precautions to keep your baby away from mosquito bites.

Is Mosquito Repellent Safe For Babies And Toddlers?

Mosquito repellents can be used for babies older than two months. You should read the manufacturer’s instructions to ensure your baby’s safety. Apply repellent to your baby’s exposed skin after spreading it on your hands. Below are a few recommended ingredients in mosquito repellents, along with their popular brands (1).

The Centers for Disease Control and Prevention does not recommend the use of insect repellents containing lemon eucalyptus oil or P-menthanediol (PMD) for infants and toddlers.

Are There Any Vaccines To Prevent Dengue?

There is no licensed vaccine for dengue for infants and toddlers. The first vaccine to prevent dengue is Dengvaxia (CYD-TDV). It is presently licensed only in a few countries for people aged nine to 45 years, who had a confirmed prior dengue infection (14).

Is It Possible To Get Another Episode Of Dengue Infection?

Though there is no approved vaccination to prevent dengue fever in babies and toddlers, it can be prevented by avoiding mosquito bites. It is important for expecting and breastfeeding mothers to stay away from mosquito borne-illnesses since it may increase the risk of your baby having a severe infection.

Do you have any tips to avoid mosquito bites on babies? Do share them in the comment section below.

Was this information helpful?
YesNo