You have reached the cached page for https://thehistoryjunkie.com/delaware-colony-facts/
Below is a snapshot of the Web page as it appeared on 11/29/2021 (the last time our crawler visited it). This is the version of the page that was used for ranking your search results. The page may have changed since we last cached it. To see what might have changed (without the highlights), go to the current page.
You searched for: delaware colony We have highlighted matching words that appear in the page below.
Bing is not responsible for the content of this page.
Delaware Colony Facts - The History Junkie Skip to Content

Delaware Colony was part of the Middle Colonies and played a pivotal role in the ratification of the Declaration of Independence. It was originally settled by the Swedish and Dutch under the leadership of Peter Minuit, but fell under English control in the mid-17th century.

The land that became Delaware was deeded to William Penn and was eventually separated from Pennsylvania and became its own colony with its own government. By the time of the American Revolutionary War, Delaware delegates were reluctant to break from Great Britain. 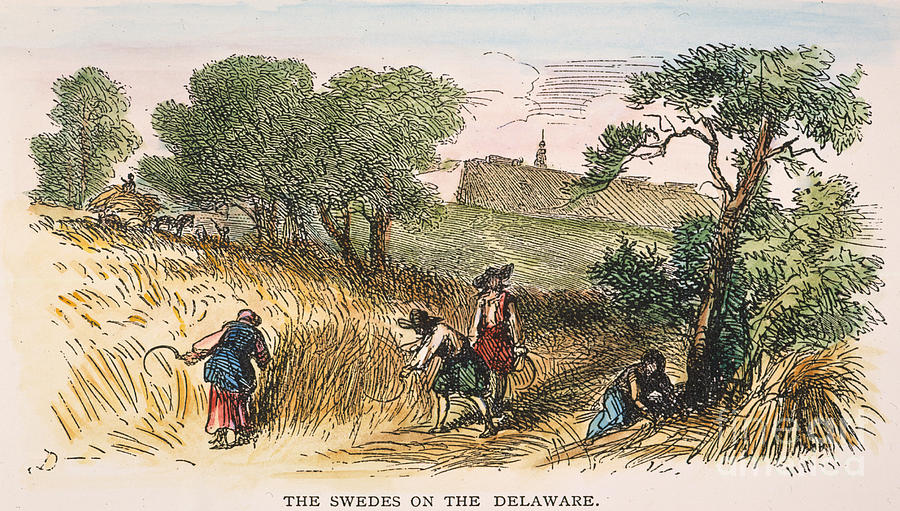 From the early Dutch settlement in 1631 to the colony’s rule by Pennsylvania in 1682, the land that later became the U.S. state of Delaware changed hands many times. Due to the constant change, Delaware became an eclectic society with various religious beliefs and cultures.

Henry Hudson was the first European explorer to explore the Delaware valley.  He sailed into the Delaware River (He named the South River) while searching for the Northwest Passage.

In 1610 Samuel Argyll was blown off course and sailed into the same location. Argyll renamed the river the Delaware River after the second governor of Virginia Colony, Lord De La Warr.

By 1615 the area had been mapped appropriately and a Dutch settlement was founded.

The development of Delaware was slow but saw some growth when a small group of fishermen established the Zwaanendael Colony to take advantage of the whaling industry.

However, this colony was short-lived when the natives massacred the colonists over a misunderstanding.

The Dutch tried to settle the area again with 50 more settlers, but the colony did not last and the Dutch West India Company moved the settlers from Delaware to New Amsterdam.

The first permanent settlement in Delaware came in March of 1638. The country that settled the area was not one of the world powers at the time.

New Sweden was established and by the New Sweden Company and led by Peter Minuit. This endeavor became one of the first multi-cultural colonies in the New World.

Germans, Finns, Dutch, Belgians (known as Walloons), and of course Swedes settled in Delaware. The colony survived until 1655 and would eventually be taken over by the Dutch.

In 1664 the British captured New Amsterdam and sent a detachment to Delaware. In this unfortunate conquest, many of Delaware’s settlers were treated terribly and brutally killed or enslaved.

The English took control of the colony and it remained in their control until declaring their independence from Great Britain in 1776. There were some border disputes with Maryland and Pennsylvania, but nothing major took place.

Delaware played an influential role at the beginning and during the American Revolutionary War. There were only two battles that took place in Delaware during the war and neither had much influence on the outcome. Delaware’s influence was not due to battles, but due to their legislatures.

Caesar Rodney and Thomas McKean supported the vote for Independence, but George Read did not. This was a problem and men such as John Adams, Benjamin Franklin, Thomas Jefferson, and Richard Henry Lee knew they needed a unanimous vote to unify the colonies.

Thomas McKean sent word to Caesar Rodney, who battled many health problems, that George Read was not going to cast a vote for independence and that the only way Delaware could be carried is if Rodney could make it to Philadelphia in time.

In one of the most daring rides during the war, Rodney braved terrible weather and health to arrive at independence hall. He arrived just as the vote was being cast and was able to secure Delaware’s vote for independence.

The mini-series John Adams had a nice depiction of the events. In the video below you can hear one of the delegates whisper at the beginning that “Mr. Rodney is not here.”

Then just as the voting getting started you will see a tall man with a bandage on his head and a short man walking him to their seats. The tall man was Caesar Rodney and the other was Thomas McKean.