You have reached the cached page for https://articlebio.com/matthew-del-negro
Below is a snapshot of the Web page as it appeared on 11/25/2021 (the last time our crawler visited it). This is the version of the page that was used for ranking your search results. The page may have changed since we last cached it. To see what might have changed (without the highlights), go to the current page.
You searched for: deirdre whelan del negro We have highlighted matching words that appear in the page below.
Bing is not responsible for the content of this page.
Matthew Del Negro Bio, Married to Wife Deirdre Whelan Del Negro

Matthew Del Negro is an American actor who made headlines after his recurring roles in The West Wing and Beautiful People. He is also widely known for his prominent roles in The Sopranos, Teen Wolf and Scandal.

Matthew, who currently appears in Netflix comedy series Huge in France, has been married to his wife Deirdre Whelan Del Negro since 2002.

He was raised in Westchester County along with two siblings one of whose name is Arthur Del Negro. He is of American nationality and Italian ancestry. He belongs to Caucasian ethnicity.

As for his educational background, Matthew studied at Boston College from where he completed his graduation. While in college, he used to play Division I lacrosse.

Following his graduation from Boston College, Matthew started studying acting. He initially appeared in several commercials and independent films and in 1999, he was cast as Brian Cammarata on the HBO drama series, The Sopranos.

He has since appeared in dozens of television shows such as The West Wing, Scandal, Law & Order, Stargate: Atlantis, Beautiful People, CSI: Crime Scene Investigation, Las Vegas, NCIS, Happy Endings, Rizzoli and Isles, Teen Wolf, Lie to Me and United States of Tara.

As for his film appearances, Del Negro has appeared in Chelsea Walls, Ira and Abby, Saving Lincoln and Trailer Park of Terror.

He currently appears in the Netflix comedy series, Huge in France, and the Amazon Prime series, Goliath. Additionally, he currently also teaches acting in acting classes in Santa Monica.

Matthew Del Negro, being a successful television and film star, earns a good amount of money from his acting career.

The 47-year-old Teen Wolf star has an estimated net worth of $1 million, according to the Celebrity Net Worth website.

As for his salary, as per the report, Del Negro makes as much as $100 thousand for appearing on an episode of a web or television series.

Talking about the relationship status of Matthew Del Negro, the Scandal actor is a married man. The Boston College graduate has been married to Deirdre Whelan Del Negro. 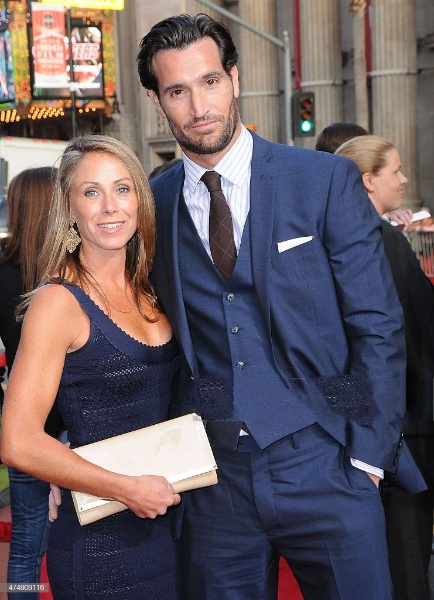 The couple tied the knot in a private wedding ceremony before their closest family members and friends in 2002, and they are living happily together ever since.

It's been 17 years since the two walked down the aisle but the husband-wife duo doesn't have a child yet.