You have reached the cached page for https://hankeringforhistory.com/hanged-to-death/
Below is a snapshot of the Web page as it appeared on 1/27/2021 (the last time our crawler visited it). This is the version of the page that was used for ranking your search results. The page may have changed since we last cached it. To see what might have changed (without the highlights), go to the current page.
You searched for: death by hanging execution gallows We have highlighted matching words that appear in the page below.
Bing is not responsible for the content of this page.
Nazi War Criminals Hanged to Death | Hankering for History
Skip to content

Here is a new one for you. What happened in history, yesterday… I know, I know. A day late, and a dollar short. But it was too good not to go back and cover it. Actually, I looked into this specific event months ago and had been waiting for yesterday to write about it. Unfortunately, I spent eight hours traveling yesterday and didn’t get the opportunity to write about it.

Yesterday in history, October 16, 1946, ten Nazi war criminals were hanged as a result of the Nuremberg Trials. While the trials themselves are historically famous, a part of it that is often overlooked are–for lack of a better term–the ‘brutal’ executions that these men faced. There are several that give into conspiracies and believe that the job was purposely botched, there are those that blame it on hurried and shoddy craftsmanship of the noose and the gallows, and of course there believe that the hangings were unfortunate, but accidentally brutal.

The hangman was John C. Woods, an American Master Sergeant, that over his career, as the hangman for the Third United States Army, would execute three hundred and forty-seven (347) criminals during his fifteen years of service. Woods, with the help of Joseph Malta, a United States Army military policeman who volunteered to help him, hung all ten men on two separate gallows. The gallows and hangman nooses were constructed by Woods, and the executions took place in the prison gymnasium. Unfortunately, there were issues with both the gallows and the nooses.

The gallows had a small trapdoor with improper bungs. The rubber bungs on a trapdoor are to make sure that the door doesn’t swing back after release. This one did; in doing so, slapping the hanged men in the face or in the back of their heads. As you can see in the pictures (below), many of the men showed signs of bruising and bleeding on their faces. While these men were being slapped with wood, they slowly suffocated. Instead of measuring out each rope for a proper drop and an instant neck-break, Woods used the standard military six-foot drop. This technique was outdated and not nearly as effective as the British’s current techniques, which was developed by Albert Pierrepoint. His technique was specifically tailored to each persons’ height and weight. Pierrepoint’s hanging method resulted in an almost instantaneous death, unlike Woods’. With Woods’ standard drop, the condemned men took ten to twenty minutes to slowly and painfully suffocate to death. The following are excerpts from The Execution of Nazi War Criminals: by Kingsbury Smith. Smith was one of the eight reporters allowed to be present during the execution.

At that instant the trap opened with a loud bang. He went down kicking. When the rope snapped taut with the body swinging wildly, groans could be heard from within the concealed interior of the scaffold. Finally, the hangman, who had descended from the gallows platform, lifted the black canvas curtain and went inside. Something happened that put a stop to the groans and brought the rope to a standstill. After it was over I was not in the mood to ask what he did, but I assume that he grabbed the swinging body of and pulled down on it. We were all of the opinion that Streicher had strangled.

More than one of the hanged men were quoted as “moaning” as they slowly died.

With both von Ribbentrop and Keitel hanging at the end of their rope there was a pause in the proceedings. The American colonel directing the executions asked the American general representing the United States on the Allied Control Commission if those present could smoke. An affirmative answer brought cigarettes into the hands of almost every one of the thirty-odd persons present.

The hangings were taking so long that there were multiple pauses, and even smoke breaks.

As the black hood was raised over his head Kaltenbrunner, still speaking in a low voice, used a German phrase which translated means, ‘Germany, good luck.’

There was a brief lull in the proceedings until Kaltenbrunner was pronounced dead at 1.52 a.m.

From here you can see that it took thirteen (13) minutes for Kaltenbrunner to be pronounced dead. And as for the pause? They had to pause because while Kaltenbrunner was dying, Keitel was still suffocating. It was twenty-four (24) minutes before they could pronounce Keitel as deceased.

As for John C. Woods, he had two quotes that showed his feelings about the hangings:

I hanged those ten Nazis… and I am proud of it… I wasn’t nervous…. A fellow can’t afford to have nerves in this business…. I want to put in a good word for those G.I.s who helped me… they all did swell…. I am trying to get [them] a promotion…. The way I look at this hanging job, somebody has to do it. I got into it kind of by accident, years ago in the States…. 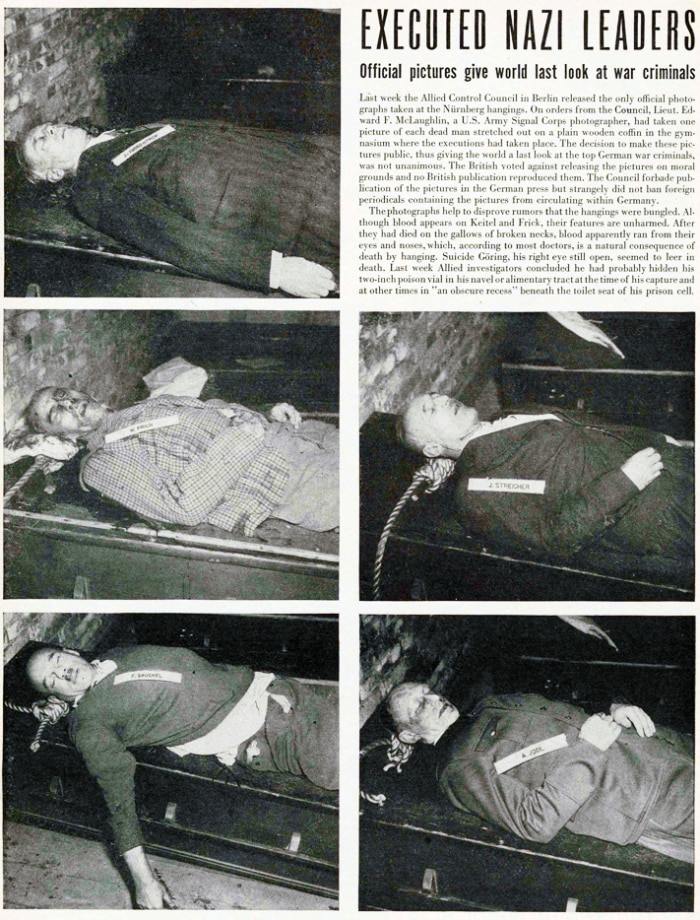 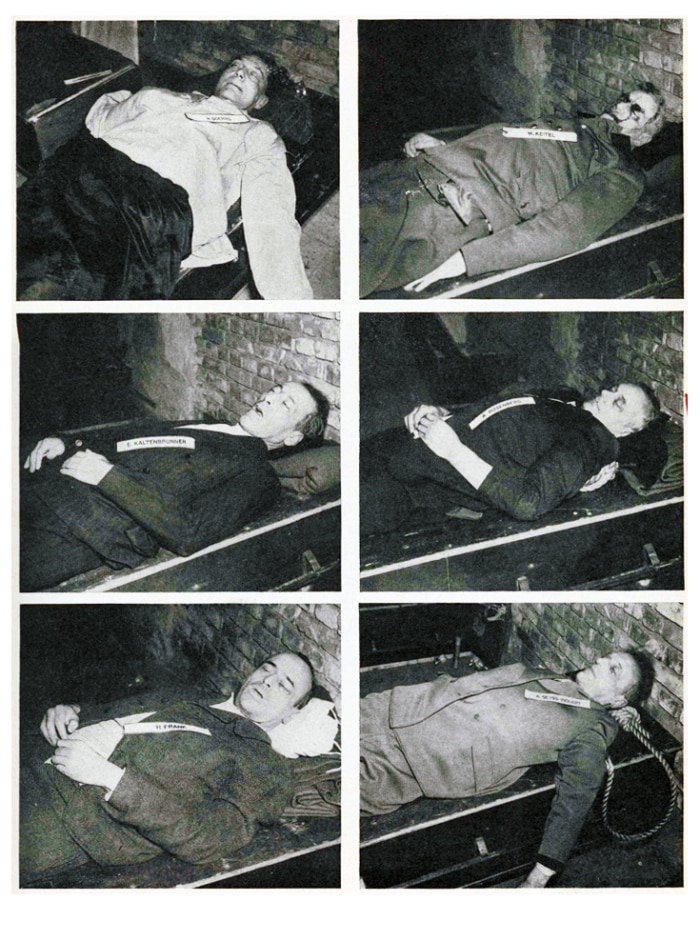 Why is the History of Musical Theater European-American?

7+ Career Options for a History Degree Student and Useful Tips

5 Benefits of Studying History in Schools

The History of Immunizations

The History of Dating and Romance

The History of Pheromones

The History of Garden Gnomes

The History Of Military Weaponry

The History of Security Guards

Why is the History of Musical Theater European-American?

7+ Career Options for a History Degree Student and Useful Tips

5 Benefits of Studying History in Schools

The History of Baptism