You have reached the cached page for https://www.tumblr.com/search/darkfever
Below is a snapshot of the Web page as it appeared on 8/24/2020 (the last time our crawler visited it). This is the version of the page that was used for ranking your search results. The page may have changed since we last cached it. To see what might have changed (without the highlights), go to the current page.
You searched for: darkfever movie We have highlighted matching words that appear in the page below.
Bing is not responsible for the content of this page.
darkfever | Tumblr
Log inSign up

<>
Most recent
Most popularMost recent
Filter by post type
All posts
Text
Photo
Quote
Link
Chat
Audio
Video
Ask
Grid ViewList View
sdfghjkFever SeriesKaren Marie MoningDarkfeverJericho BarronsMacKayla Lanebesti love this seriesit's sooo good!chat
554 notes
Loading...Show more notes
Reblog
He didn’t just occupy space; he saturated it. The room had been full of books before, now it was full of him.
—  Karen Marie Moning, Darkfever
quotekaren marie moningdarkfeverfever seriesjericho barrons
247 notes
Loading...Show more notes
Reblog
I love books, by the way, way more than movies. Movies tell you what to think. A good book lets you choose a few thoughts for yourself. Movies show you the pink house. A good book tells you there’s a pink house and lets you paint some of the finishing touches, maybe choose the roof style,park your own car out front. My imagination has always topped anything a movie could come up with. Case in point, those darned Harry Potter movies. That was so not what that part-Veela-chick, Fleur Delacour, looked like.
—  Karen Marie Moning, Darkfever
Karen Marie MoningDarkfeverquotequoteslit
1,315 notes
Loading...Show more notes
Reblog
The most confused we ever get is when we’re trying to convince our heads of something our heart knows is a lie
—  Jericho Barrons
karen marie moningjericho barronsdarkfeverquotemackayla lanebloodfeverdreamfeverfaefevershadowfever
331 notes
Loading...Show more notes
Reblog 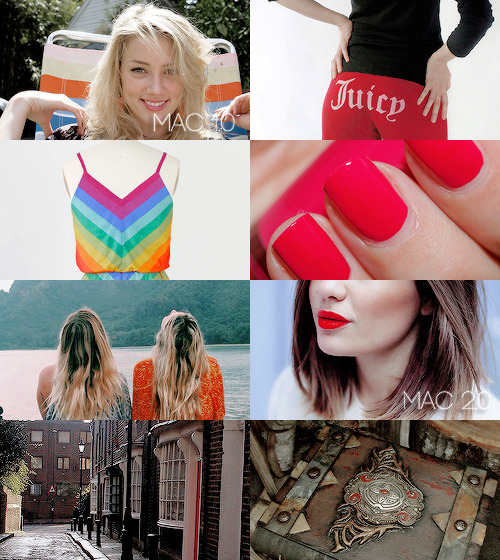 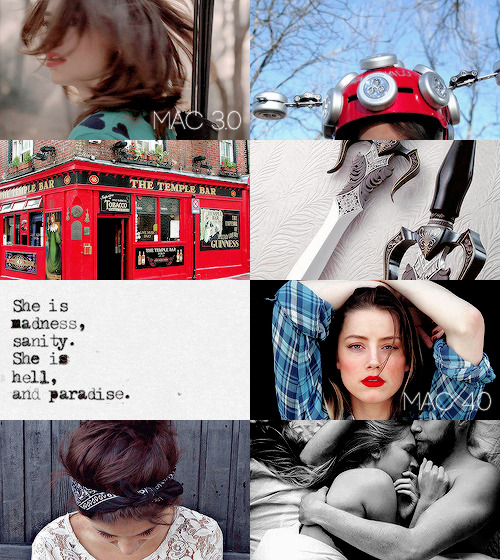 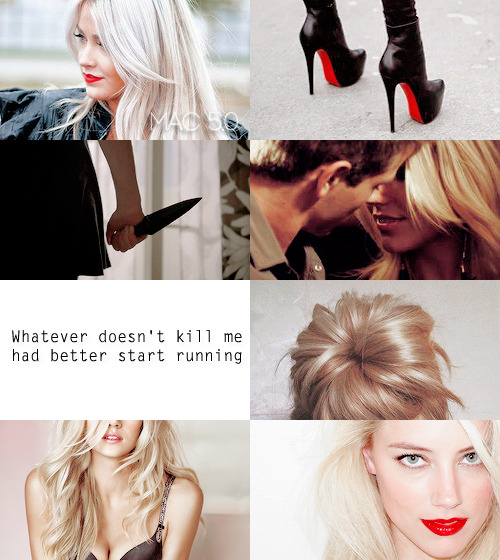 “Sometimes I worry that there’s not enough room in my brain for both my dreams and reality, that I’m a hard drive with limited gigabytes and one day I won’t be able to maintain the firewall between them. I wonder if that’s what senility is.”

“As usual, I had a million questions, no one to trust, and nowhere to go but forward.”

“The name’s Malluce, asshole,” he hissed.

“Malluce, asshole,” he repeated. “And here I thought your last name was ‘fashion nightmare.’” 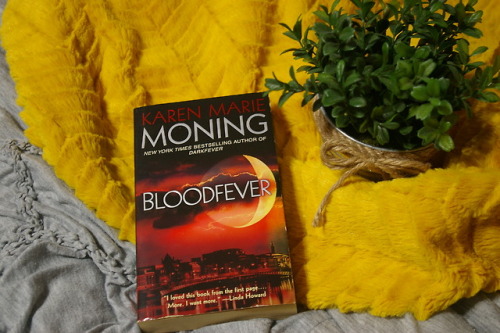 Books for Thoughts BPC: Jan 24 - Do Not Forget Me
Better late than never…it’s been forever since I’ve read paranormal but Romanceopoly exposed me to this series so now I’m ready for book #2.

I finished Shadowfever by Karen Marie Moning and I have so many emotions about this series. I took a hiatus between the first and second book because to be honest there wasn’t enough romance in the first book for my liking. Boyyyy was I wrong. The series is HOT, it just takes a few books to get going strong.

MacKayla Lane, our main character, is wonderfully sassy and flawed. She’s all the things I ask for in a female heroine.

Jericho Barrons is an enigma. A sexy, mysterious, bossy, wonderful specimen of male masculinity. My heart broke for this beautiful man several times throughout the series. He pissed me off, scared me, worried me, turned me on, and made me fall in love with him all at the same time.

Their relationship was awesome. The conversations they had, especially the nonverbal ones, never failed to make me either laugh or swoon.

The only gripe I have is that the plot came along SO SO slowly in the first 4 books that it seemed like the last one was jam-packed (to the very last page) with action. It also left a lot of things unsettled.

I understand that Shadowfever was supposed to be the end of the series but that KMM just kept going on. It worries me that the rest of the series won’t be as fantastic as these first 5 books were (or that she will try to fuck with Jericho and Mac’s relationship, which would make me so sad) so I am going to put off reading the rest for a bit and bask in the happily ever after of Shadowfever.

Jericho Barrons, you will go down in my heart next to Dimitri Belikov, where you will stay for all eternity. That is all.

Edit: I came back to this because I think it’s important to note that this series comes with some serious triggers including but not limited to sexual violence and rape. I feel like this is something people should know going into a series, because it can bring up a lot of intense emotions. Take care of yourselves :)

“And there, my dear Fio, you make one of Womankind’s greatest mistakes: falling in love with a man’s potential”

Fever SeriesDarkfeverJericho BarronsKaren Marie moningKMM Fever Series
28 notes
Loading...Show more notes
Reblog
There are really only two positions one can take toward anything in life: hope or fear. Hope strengthens, fear kills.
—  Darkfever by Karen Marie Moning
darkfeverkaren marie moningfearhopeemotionshow to live lifeideaspersonal philosophy
58 notes
Loading...Show more notes
Reblog
You want to believe in black and white, good and evil, heroes that are truly heroic, villains that are just plain bad, but I’ve learned in the past year that things are rarely so simple. The good guys can do some truly awful things, and the bad guys can sometimes surprise the heck out of you.
—  Karen Marie Moning, Darkfever
DarkfeverKaren Marie Moningquotequotesbelieveblack and whitegoodevilgood and evilheroesvilliansbadsimpleawfulsurprise
189 notes
Loading...Show more notes
Reblog 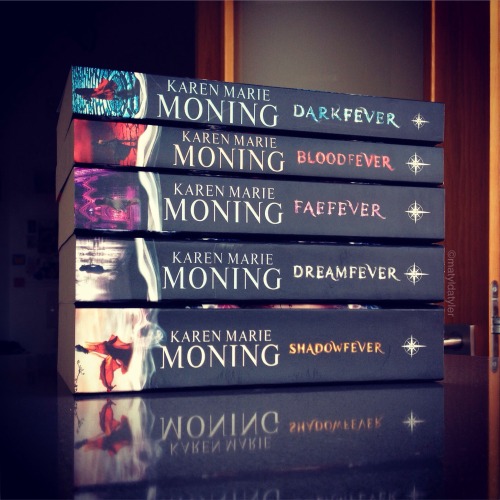 They are floppy! Yes!

darkfeverfever seriesthey better be in the moviesomfg those scenes better be in the damn movies or i'll have a coronary
32 notes
Loading...Show more notes
Reblog
Sometimes, Ms. Lane,” he said, “one must break with one’s past to embrace one’s future. It is never an easy thing to do. It is one of the distinguishing characteristics between survivors and victims. Letting go of what was, to survive what is.
—  Jericho Barrons
fever seriesdarkfever
18 notes
Loading...Show more notes
Reblog