You have reached the cached page for https://www.goldderby.com/article/2021/dancing-with-the-stars-rumors-season-30-cast/
Below is a snapshot of the Web page as it appeared on 10/16/2021 (the last time our crawler visited it). This is the version of the page that was used for ranking your search results. The page may have changed since we last cached it. To see what might have changed (without the highlights), go to the current page.
You searched for: dancing with the stars 19 rumors We have highlighted matching words that appear in the page below.
Bing is not responsible for the content of this page.
Dancing with the Stars rumors: Season 30 cast to feature Matt James? - GoldDerby
Skip to content 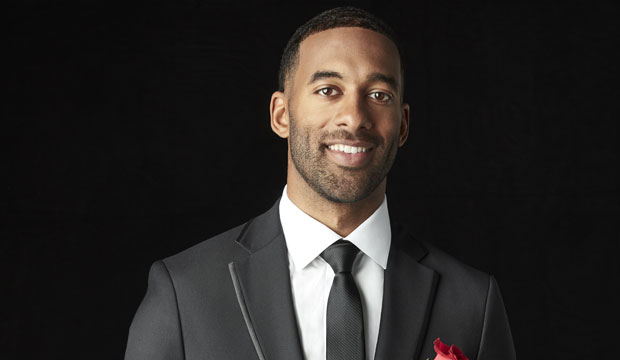 “Dancing with the Stars” has officially announced two of the celebs competing on the show for its upcoming 30th season: “Dance Moms” alum JoJo Siwa and Olympic gold medal-winning gymnast Sunisa Lee. The rest of the cast won’t be announced until September 8 … or at least, won’t be officially announced until September 8. It’s hard to keep secrets about a live, nationally televised show, especially in the age of social media. So the press have been buzzing with rumors about other contestants, and those rumors are often proven true.

SEEEverything to know about ‘Dancing with the Stars’ Season 30

Speaking of reality stars, the “Real Housewives” franchise has been a popular source of “DWTS” contestants, and it looks like “Real Housewives of Atlanta” alum Kenya Moore might join that list. Amanda Kloots is also believed to be strutting her stuff on the dance floor, which makes sense because she hosted “The Talk” with “DWTS” judge Carrie Ann Inaba. And because the dance competition’s casting department is addicted to scandal (consider past contestants like Ryan Lochte and Carole Baskin), look out for Olivia Jade, whose parents Lori Loughlin and Mossimo Giannuli infamously tried to fraud her way into college.

So that’s two confirmed celebs and four more likely celebs slated for the show’s landmark 30th season. There are a lot more slots left to fill, so we’ll be keeping our ears to the ground for further updates.

Dancing with the Stars: Past Winners

Get latest Oscars buzz — and join in!

Sign up for our free newsletters full of latest Oscar predictions, news and analysis by Hollywood’s leading experts.

Here’s how to make your award and TV predictions at Gold Derby and join the fun.

Watch our interviews with 2021 Emmy winners

Watch our lively chats with 2021 Emmy winner Jean Smart (“Hacks”) and many more, including …

'Survivor 41': Did JD Robinson deserve to be eliminated in episode 4? [POLL]

No, Sharna Burgess and Brian Austin Green did not 'f---ing storm out' after 'Dancing with the Stars'…

'The Masked Singer' spoilers: Who is Caterpillar?

JoJo Siwa was dealing with a 'very, very extreme' personal issue during 'Dancing with the Stars'' Disney…

Ruth Pointer ('The Masked Singer' Cupcake) unmasked interview: 'There were supposed to be two cupcakes'…

Nicole Scherzinger: 'I'm out for blood' on 'The Masked Singer' Season 6 after losing Golden Ear twice to…

'Survivor 41' episode 4 recap: Who was voted out in 'They Hate Me 'Cause They Ain't Me'? [UPDATING LIVE…

Oscars 2022: Best Actress Predictions and the State of the Race so far. See more!