You have reached the cached page for https://healthyceleb.com/danai-gurira/
Below is a snapshot of the Web page as it appeared on 12/29/2020 (the last time our crawler visited it). This is the version of the page that was used for ranking your search results. The page may have changed since we last cached it. To see what might have changed (without the highlights), go to the current page.
You searched for: danai gurira boyfriend We have highlighted matching words that appear in the page below.
Bing is not responsible for the content of this page.
Danai Gurira Height, Weight, Age, Boyfriend, Family, Facts, Biography
Sign in
Welcome! Log into your account
Forgot your password? Get help
Privacy Policy
Password recovery
Recover your password
A password will be e-mailed to you.

Danai Gurira is an actress and playwright, born in United States with Zimbabwean heritage. She started her acting career in 2004 and has already appeared in The Walking Dead, Avengers: Infinity War, Black Panther, Mother of George and others.

Danai, who is a Christian, has also taught people of Liberia, Zimbabwe, and South Africa about acting and playwrighting. She is multilingual too.

After graduating from high school, she got enrolled at the Macalester College in Saint Paul, Minnesota and graduated with a Bachelor of Arts in psychology.

She later got admission at the Tisch School of the Arts at New York University. She graduated from Tisch with a Master of Fine Arts in acting.

Danai Gurira is represented by

She has Zimbabwean ancestry.

She is a devout Christian.

In 2007, Danai made her theatrical film debut in an important role in the drama movie, The Visitor. She won high acclaim for her masterclass in acting in the movie.

Danai regularly indulges in some form of exercise and has insisted in her interviews that it is of paramount importance for her to workout daily even if her workout sessions last for 20 minutes. Although she is a fan of the mantra that you should listen to your body and to what your body wants to do, she is a big fan of Pilates. She has hired Nancy Karr as her personal instructor and regularly works out at Nancy’s Ballet Bodies in West Hollywood.

She is also a big fan of Jillian Michaels and keeps her workout DVDs in her trailer along with a mat and a pair of dumbbells. This gives her the liberty to workout whenever she has some time on her busy schedule.

In case, she has more time on hand, she adds some work on an elliptical machine with some crunches and squats to her workout. Danai also likes to go swimming. She usually goes for breaststroke laps or freestyle swimming.

She also keeps practice swords in the trunk of her car. Therefore, she can train whenever she has free time. Danai has practiced in underground parking garages, her own garage, and her living room.

Did we miss anyone? 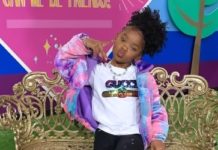 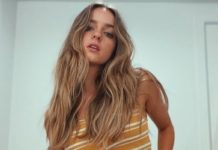 ABOUT US
Healthy Celeb provides the details regarding celebrities including their Height, Weight, Body stats, Relationships, History, etc.
FOLLOW US
© Healthy Celeb 2020
We use cookies to ensure that we give you the best experience on our website. If you continue to use HealthyCeleb.com, we will assume that you are happy with it.OKPrivacy Policy