You have reached the cached page for https://www.thethings.com/everything-community-cast-has-said-about-chevy-chase/
Below is a snapshot of the Web page as it appeared on 5/14/2021 (the last time our crawler visited it). This is the version of the page that was used for ranking your search results. The page may have changed since we last cached it. To see what might have changed (without the highlights), go to the current page.
You searched for: community chevy chase wikipedia We have highlighted matching words that appear in the page below.
Bing is not responsible for the content of this page.
Everything The Cast Of Community Has Said About Working With Chevy Chase
By Saim Cheeda Published Aug 03, 2020
Email

As far as TV shows go, there probably hasn’t been one as unique as Community was. An eccentric series, it featured creative takes on comedy, a technique that ended up requiring a lot of patience out of its cast. However, Chevy Chase notably had many issues with the show.

RELATED: 10 Things You Didn't Know About the Cast of Lost

His outspoken opinions with how things were run led to numerous problems with both the showrunner and the cast. It also resulted in Chase leaving the series much earlier than its eventual finale. Over the years, the cast has divulged some of their experiences working with Chevy Chase. With that said, here are certain quotes and sayings by each of the main cast relating to this.

10 Donald Glover Thinks Chase Was Threatened By Him

Glover left the series before its cancellation, and many speculated it might be due to issues with Chevy Chase alongside creative reasons. Glover’s assessment of his experience with Chase was that the latter was unwilling to let a younger actor outshine him.

He was quoted as saying, "I just saw Chevy as fighting time. A true artist has to be okay with his reign being over." Their relationship behind the scenes seems to have been generally sour due to their clashing personalities.

As far as Joel McHale goes, the actor thinks he’s cracked the reasons for the behind-the-scenes problems Chase had. In an interview with Larry King, McHale revealed that Chase’s complaining was a usual habit.

These had to do with the long hours he had to put in for shooting, saying that, “Chevy always hated the hours and didn’t want to be there for that long.” McHale figured the schedule was necessary; Chase felt a different way about it and would make these frustrations known.

8 Ken Jeong Never Had Any Issues With Chase

In an “Ask Me Anything” forum on Reddit, Ken Jeong commented on his experience with each Community cast member, while revealing interesting fun facts. Some fans noticed he initially left Chevy Chase out, to which Jeong responded with his time with the former.

He claimed he had no issues at all with Chase, writing "I Love Chevy & never ever had a problem with him. He's one of the reasons I wanted to get into comedy in the first place." So, it appears Chang and Pierce had a good workplace relationship after all.

Similar to Ken Jeong, Yvette Nicole Brown was also on a Reddit AMA session where she indulged in fan questions. However, rather than elaborate on her working relationship with Chevy Chase, Brown kept it very short.

RELATED: Arrowverse: The 10 Highest-Paid Actors (& How Much They Get)

When asked by a fan what it was like being around Chase, Brown responded with "It's a fountain of joy," and left other questions about him unanswered. We'll just have to take her few words for it.

6 Alison Brie Hung Out With Him After Work As Well

Before she was on one of the more successful shows on Netflix, Alison Brie was well known for being Annie on Community. Unlike those who had problems with Chevy Chase, Brie had only good things to say about her time working with him.

In an interview with Vulture, she said, “I can't speak for anyone else. But... I personally... get along with him.” Brie elaborated that she and Chase would also hang out, claiming that they were both friends.

5 Danny Pudi Was The Recipient Of Chase's Practical Jokes

Pudi’s turn as Abed was what allowed Community to be so memorable. According to the actor, Chevy Chase was a riot on the set, noting one memorable instance where “...Chase threw a cherry tomato, and it hit me in the crotch."

He added that his humorous relationship with Chase was such that he looked forward to going on a road trip vacation with him, saying “Me and Chevy on a Vespa or something...I think that would be hilarious.” As far as Pudi is concerned, he and Chase had a very lively time on Community.

In his interview with Larry King, Joel McHale acknowledged that Chevy Chase’s antics rubbed some people the wrong way, especially some rather colorful comments involving racial issues. However, he also insisted that his relationship with Chase was never sour.

"I got along with him very well. Chevy could be great sometimes," said McHale. He acknowledged Chase's knack for being funny in the interview, and reiterated that he and Chase had no problems.

3 Dan Harmon Said Chase Would Summon Everyone To His Trailer

Series creator Dan Harmon deserves to be mentioned along the cast, considering how heavily involved he was. His tensions with Chevy Chase are very well known, and Harmon pointed out one of the issues being Chase’s tendency to summon the cast to his trailer to argue about his lines.

RELATED: The 10 Best TV Shows About Being Single

Speaking to Hollywood Reporter, Harmon claimed Chase was “a befuddled old man, but he's also the guy who calls you to his trailer and shakes the script in the air.” According to him, he would point out how Chase’s antics were unintentionally funny, to which the latter disagreed to continue the argument.

2 Gillian Jacobs Was Coy About Her Experience With Him

For all the talk about how Britta could be the worst on the show, Gillian Jacobs comes across as a much nicer person unwilling to make trouble. In an interview with Andy Cohen, she had very little to answer to the question of whether Chevy Chase was a jerk on set or not.

Jacobs could only mumble the words, “Oh, uh, no. I mean,” before she was interrupted by fellow guest Paloma Faith who interpreted her coy answer to suggest that Chase might really have been a jerk. Jacobs did clarify that this wasn’t what she meant, and despite Chase’s issues, she and the cast did miss him after his departure.

Chase’s pushiness could get on Joel McHale’s nerves on occasion. During filming of one episode where his character was training Joel’s to be a boxer, McHale claims he legitimately punched Chase so hard that the latter’s shoulder was separated.

“He’d just want to fight me. Like, physically fight me,” McHale said on The Howard Stern Show. Although this was usually in good fun, this particular occasion was one where McHale’s annoyance with Chase’s antics got a little out of hand.

NEXT: 10 Things You Didn't Know About The Cast Of The Office 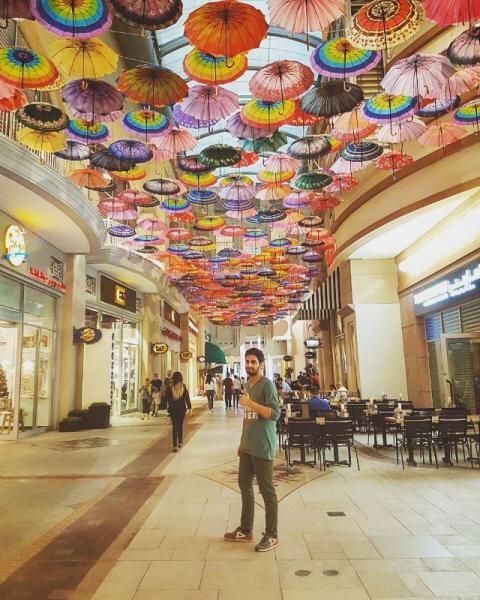 Saim Cheeda is an entertainment writer covering all of Film, TV, Gaming and Books. He's been a writer for Valnet since 2017, contributing 200+ articles for The Gamer, Screen Rant, CBR and The Things. Apart from freelance writing, Saim is a lifestyle blogger, co-owning the blog 3 States Apart. http://3statesapart.com

Celebs Who Recorded Songs With Their Parents

10 Songs You Didn’t Know Were Written By Bruno Mars

Macaulay Culkin & Brenda Song: Everything We Know About The Couple

Everything Chloe Lukasiak Has Done Since 'Dance Moms'

10 Things About Katie Holmes' Daughter That Only Surfaced Recently

10 Celebs Who Got Divorced Before The Age Of 30

Who Is Amanda Seyfried Married To? Everything We Know About Her Relationship With Thomas Sadoski

Here Are All The Reasons Why Fans Turned Against Scarlett Johansson

What We Know About Ariana Grande's Wedding And Her Fiancé

10 Celebs Who Were Sued By Their Own Fans

10 Stars Who Famously Started Their Acting Careers Later In Life

These Are The Most Popular Celebrities On TikTok, Ranked By Followers