You have reached the cached page for https://www.pcmag.com/how-to/how-to-host-a-virtual-game-night
Below is a snapshot of the Web page as it appeared on 2/26/2021 (the last time our crawler visited it). This is the version of the page that was used for ranking your search results. The page may have changed since we last cached it. To see what might have changed (without the highlights), go to the current page.
You searched for: college town online game multiplayer We have highlighted matching words that appear in the page below.
Bing is not responsible for the content of this page.
How to Host a Virtual Game Night | PCMag
PCMag editors select and review products independently. If you buy through affiliate links, we may earn commissions, which help support our testing. Learn more. 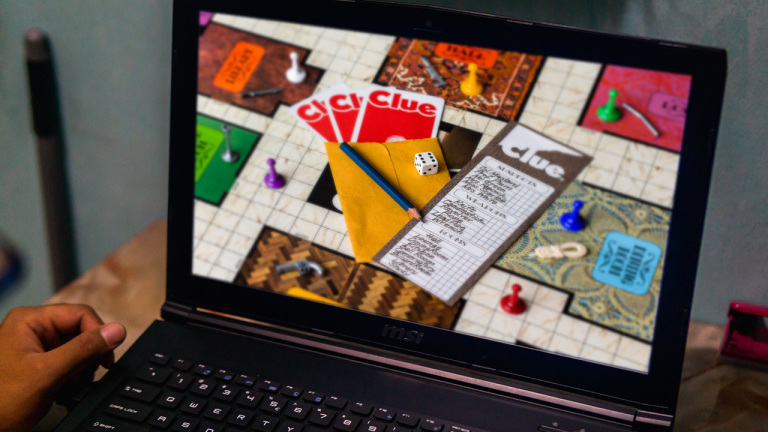 Game nights usually include in-person gatherings with physical board games or cards, but coronavirus has turned our social lives upside down and shifted these hangouts to the internet. Read on for a primer on how to host a virtual game night.

How Many People Can I Invite?

Your best bet is to find a free video chat service that can handle the amount of people in your group. Skype allows up to 50 people in a video chat at one time, while Google Hangouts maxes out at 25. Zoom's free tier allows 100 participants, but you're limited to 40-minute sessions.

If you're wondering about messaging platforms like Slack and Facebook Messenger, you're probably better off using the latter. Slack only allows one-to-one video calls, but Messenger gives you up to 50 people. Though it only allows for 10 participants, gaming-minded Discord has all the video, chatting, and screen-sharing features you need.

Mobile-based chat services like Apple's FaceTime and Google's Duo provide free group calling. While FaceTime allows up to 32 participants, it can only be used on iOS devices. Duo can be used across platforms, but limits things to 12 people. Of course, using a mobile-first service means you won't be able to share a computer screen.

While using a phone will work in a pinch, using your computer will let you share your screen and provide more options for playing together.

Once you select a video platform and everyone has been invited onto the call, it's time to share your screen and start the game. No matter what program you are using, screen sharing should work about the same way.

In Skype, the screen-share button looks like two boxes, but keep in mind that the feature is only available in Chrome if you're using the web app. If someone doesn't have Chrome, they should download the Skype program. In Zoom, it's called New Share at the top of the screen.

You can go to the classic Google Hangouts website, which allows you to share your screen after clicking the three-dot menu. If you're in a Discord video call, click the Video/Screenshare swap button to toggle between video and screen sharing.

Now that the technical stuff is out of the way, here are a few ways you can use this setup to play games online with your friends.

If you love Jackbox Party Pack games like Quiplash and Fibbage, you'll be happy to hear that these titles can be played remotely, and just one person needs to own the game for everyone else to play. Everyone joins a video call and the game owner shares their screen. Participants go to jackbox.tv on their mobile devices and enter the room code to participate. Buy party packs on Steam for Windows or Mac; some games can be purchased individually, like Quiplash, Fibbage, Use Your Words, Drawful, and the You Don't Know Jack trivia.

If you and your friends have a regular Dungeons & Dragons campaign, a simple video call may be all you need. Set up the video so everyone can see each other; the game master shares their screen so everyone can keep track of game stats together. If you need dice, there are plenty of simulator sites.

For a more robust experience, or if you're just getting into pen-and-paper role-playing, virtual tabletop applications like Roll20 and Fantasy Grounds provide supporting material, like character sheets, dice rolling, maps, rulebooks, and more. Roll20 is free, offers text, voice, and video chat features, and integrates with Google Hangouts.

Another popular option is Tabletop Simulator, which is $19.99 on Steam, and provides players with sandbox-style simulation for tabletop gaming. The game supports many popular (and lesser known) publishers, but also provides game-creation tools, and RPG kits with tilesets, miniatures, and more.

As an added bonus, the program comes with 15 classic games, like chess, dominoes, and mahjong. Tabletop Simulator allows you to play with up to 10 people and supports voice and text chat.

Just keep in mind that it's more of a simulator than an actual game so it won't teach you how to play a game if you aren't already familiar with it. On the plus side, the physics of the game allows you to do anything you want, even flip the game board over if you lose.

If you like the idea of using a game simulator, but prefer a free option, Tabletopia offers a lot of the same features.

Heads Up! for iOS and Android doesn't really work that well if you're not in the same room. Thankfully, video chat social media app Houseparty (iOS, Android, Chrome) has stepped up by expanding into games, and now you can play and chat at the same time. Sign up and import your phone's contacts, then call some friends. From inside a live chat, tap the dice icon and select Heads Up! from the list of games. Generic trivia decks cost $0.99, while themed trivia decks, like Friends or Seinfeld trivia, cost $2.99.

An online board game gets around the issue of everyone needing to be in the same room to play. Monopoly, for instance, can be played with friends on PC, iOS or Android. The game costs $14.99 on Steam or $3.99 on mobile, but reviewers have noted that the app can be a little buggy, so proceed at your own risk. A more reliable choice for PC may be The Game of Life for $4.99 or Clue for $11.99 on Steam, which have better reviews.

If you'd rather not invest any money, you still have a few good options. Risk: Global Domination is an online version of the classic board game, and it's free to play on PC. Settlers of Catan has a free version on Steam, but it's reportedly very buggy. The Catan website has a web app that may also be worth a try. Once you all make profiles and add each other as friends, you should be able to start a game.

Pogo.com has a collection of free web-based board games like Scrabble, Monopoly, Risk, Trivial Pursuit, and more. Each game has a waiting room, and friends can be added through Facebook. Elsewhere, there's a very stripped down—but free—version of Codenames. There's also a .io version of Secret Hitler. Set up a private room and share the URL with your friends.

If you're looking for a card game to play with friends, Uno may be your best bet. The apps for iOS and Android are free, and they allow for online play and co-op mode. If you prefer to play on the computer, a version on Steam is available for $9.99.

If you're looking for something a little more exciting, Magic: The Gathering Arena is free for Windows and allows players of the classic card game to face each other in Direct Challenges. If you're a Hearthstone player, you can battle friends in duels.  Fans of the Elder Scrolls series can try out The Elder Scrolls: Legends for free across all platforms. Gwent: The Witcher Card Game offers a Casual Play mode that lets you face off with friends.

Whatever game you choose, why not turn it into a makeshift tournament with friends pairing up while on the same call. The winners then advance to determine the victor of game night.

Video games may be an easy way to pass the time alone while in isolation, but you can also turn the right cooperative party game, battle royale, or social simulator into a fun online game night. You'll need to have the hardware, software, and a way to get online, but chances are anyone interested in this section should already be able to link up.

The easiest games to play are cooperative titles like Keep Talking and Nobody Explodes and Spaceteam because they are both available on mobile. These titles are intended to be played in the same room for maximum effect, but if everyone gets set up on a video call, it can work almost as well.

Shooters may dominate the space, but don't stop there. Tetris 99, for instance, is a Switch exclusive and has a brilliant Team Battle mode. Other games like Monster Hunter: World, Divinity: Original Sin 2, and Overcooked! 2 offer co-op modes for 1-4 players.

If you're looking for something less intensive, Stardew Valley has a multiplayer mode that allows you and your friends to maintain a farm. The newly released Animal Crossing: New Horizons on Switch allows your friends to visit your island, making it a good game to hang out together with on a video call. We have tips for that too.

Before you set up a game night, just make sure everyone has an internet connection. PlayStation 4 and Xbox One players need to be subscribed to PlayStation Network and Xbox Live, respectively, if they want to play with friends online. Similarly, Switch players need to sign up for the Switch Online service before trying to interact with other players.

If you and a group of friends regularly attend a local trivia night, consider taking the experience online. Many trivia hosts have moved over to social media platforms like Facebook and Instagram to provide live trivia. The NYC Trivia League, for instance, has regular trivia nights on Instagram Live.

If you're looking for something a little more mobile-friendly, HQ Trivia is back on iOS and Android. The popular trivia app had previously shut down, but has returned just in time to help us all deal with isolation. While the app isn't going to work as a multiplayer game, getting everyone on a Zoom chat will instantly make things more fun.

Jason is PCMag's how to content generator. He believes tech corporations are bad, but you might as well know how to use technology in everyday life. He is a Mac owner, Android user, dark mode advocate, and tech bargain hunter. Before joining PCMag, Jason was a technical writer, copywriter, and all-around freelancer covering baseball, comics, and more at various outlets. When not writing and editing, he is either reading comic books, playing his Nintendo Switch, hanging out with his wife and two cats, or some combination of the three.

Read the latest from Jason Cohen

Get Our Best Stories!

This newsletter may contain advertising, deals, or affiliate links. Subscribing to a newsletter indicates your consent to our Terms of Use and Privacy Policy. You may unsubscribe from the newsletters at any time.


Thanks for signing up!

Your subscription has been confirmed. Keep an eye on your inbox!