You have reached the cached page for https://www.wbir.com/article/sports/college/vols/vols-al-wilson-named-to-2021-college-football-hall-of-fame-class/51-bef55140-8f7d-49bd-a46d-83163b24a4d7
Below is a snapshot of the Web page as it appeared on 2/22/2021 (the last time our crawler visited it). This is the version of the page that was used for ranking your search results. The page may have changed since we last cached it. To see what might have changed (without the highlights), go to the current page.
You searched for: college town online game We have highlighted matching words that appear in the page below.
Bing is not responsible for the content of this page.
#VFL Al Wilson named to 2021 College Football Hall of Fame class | wbir.com

Wilson led the Vols to the 1998 National Championship and is one of the most highly decorated defensive players in Tennessee history. 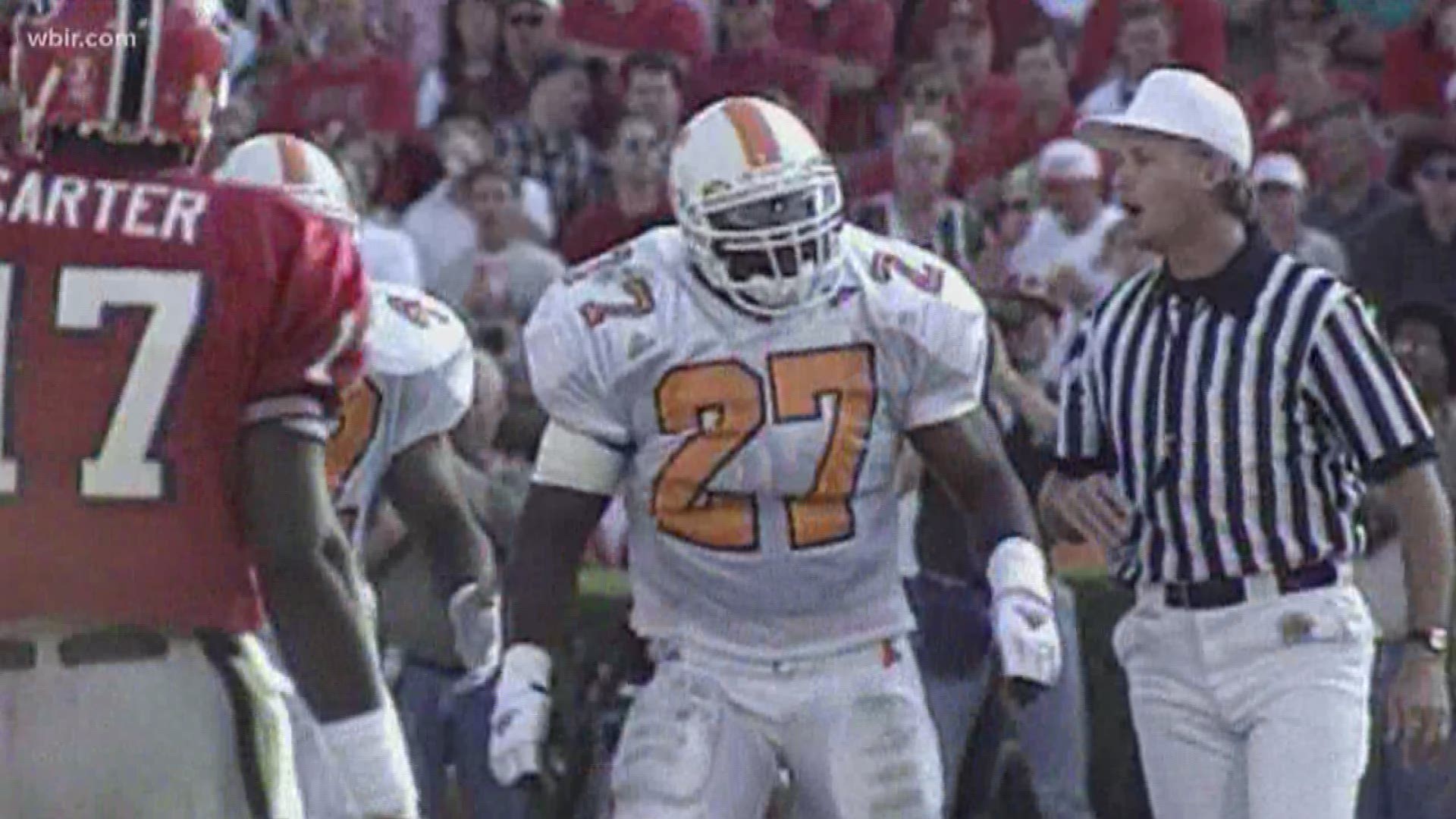 KNOXVILLE, Tenn — A legendary Vol has been named to the illustrious 2021 College Football Hall of Fame Class.

Al Wilson, one of the most decorated defensive players in Tennessee history, led the Volunteers to their sixth national championship in 1998. He will officially be inducted with the 2021 and 2020 classes during the 63rd NFF Annual Awards Dinner on Dec. 7. The 2020 event was canceled due to COVID-19.

"It's truly a blessing to be considered one of the best to play the game at the collegiate level," said Wilson. "To my teammates, coaches and all of Vol Nation, this is our award!"

He is the 25th Vol to be enshrined in the College Football Hall of Fame and first since Peyton Manning in 2017. Of the 25 inductees, 21 were enshrined as players and four as coaches. The 25 inductees are the most in the SEC and sixth-most nationally.

"Al was the epitome of a competitor. He knew the importance of preparation to be great, and he influenced others to follow his lead during the offseason, spring practice, summer workouts and certainly through the fall of that wonderful 1998 season. He was the ultimate teammate and respected by everyone for his dedication, hard work, love of the game and physical play. He found a way to connect personally with everyone on the team on and off the field."

Wilson is one of 11 first-team All-America players being inducted in 2021 along with two standout coaches – Rudy Hubbard (Florida A&M) and Bob Stoops (Oklahoma).

A finalist for the 1998 Nagurski Trophy, Wilson earned first-team All-SEC honors as a senior and second team all-conference laurels as a junior while losing only three conference games in four years. The 1998 team captain posted 12 tackles and a school-record three forced fumbles in the Vols' win over No. 6 Florida that season. The heart of the UT defense, the linebacker tallied 77 tackles during the 1998 undefeated season despite missing three games to injury.

A first-round pick by the Denver Broncos in the 1999 NFL Draft, Wilson was a five-time Pro Bowl selection while playing for the team from 1999-2006.

Wilson co-founded Project FANchise, which previously established the first-ever fan-controlled professional sports franchise, the Salt Lake Screaming Eagles, and operated the Colorado Crush to play in the Indoor Football League. Off the field, he has annually hosted children's football camps and resides in Atlanta.

WBIR would like to send you push notifications about the latest news and weather.