You have reached the cached page for https://nypost.com/2018/06/18/wes-bentley-went-to-cowboy-camp-for-yellowstone/
Below is a snapshot of the Web page as it appeared on 1/20/2021 (the last time our crawler visited it). This is the version of the page that was used for ranking your search results. The page may have changed since we last cached it. To see what might have changed (without the highlights), go to the current page.
You searched for: cole hauser yellowstone We have highlighted matching words that appear in the page below.
Bing is not responsible for the content of this page.
Wes Bentley went to cowboy camp for ‘Yellowstone’ Skip to main content 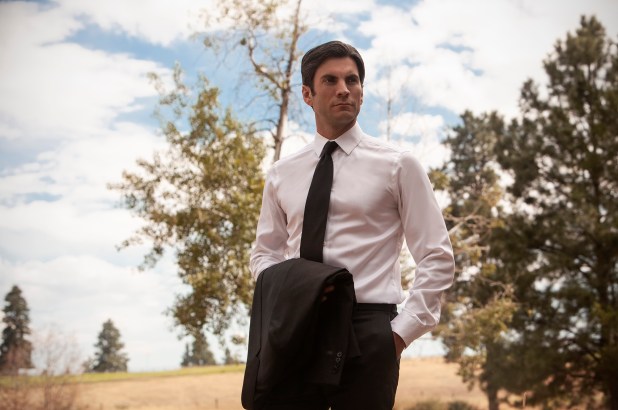 Wes Bentley has starred in both “American Beauty” (on the big screen) and “American Horror Story” (on television).

While the word “American” isn’t in his latest role in Paramount Network’s new drama series “Yellowstone,” it’s there in spirit, he says.

“I do get drawn to works [exploring] the American identity,” says Bentley, 39. “I think the crazier the rhetoric in the country gets, the more scripts you see like that — which are all versions of those discussions or ideas.”

“I’m from the South, and we’d like to see ourselves as having a heavy cultural influence on the country,” says Bentley, who lives in LA with his wife and kids but grew up in Arkansas. “But what I didn’t often think about was actually how much comes from the West. Not only our history, but the modern American West.”

Although Bentley is a veteran film actor (“Interstellar,” “The Hunger Games”), “Yellowstone” is only his second TV series. He says he was drawn to the subject matter by “Yellowstone” creator Taylor Sheridan, a former actor (“Sons of Anarchy”) and Oscar-nominated screenwriter (“Hell or High Water”).

“After I saw ‘Hell or High Water,’ I said [to my agent], ‘I’ve got to work with this guy. Please find out when his next script is coming out, I want to get on it,’ ” says Bentley. “On top of that, the cast was so amazing, this character is fun to play, and the land itself that we were on is beautiful; you feel lucky just to be there.”

The show was shot in Utah and Montana. To help get into character, several of the actors, including Bentley, spent four days in the Utah wilderness — which he refers to as “Cowboy camp.”

“A bunch of the actors went out with some cowboys and spent four days out in the wilderness without contact with the outside world and had a really intense look at what it was like to cowboy as best we could in that short amount of time,” he says.

He’s no stranger to riding horses — he even briefly had his own horses in California — but along with other “Yellowstone” actors such as Grimes (“True Blood”) and Cole Hauser (“Good Will Hunting”), “cowboy camp” allowed Bentley to learn skills such as roping and collecting firewood.

“We’d all be out there grabbing sticks and twigs and maybe the occasional branch off a tree,” he says. “And you feel really tough. And finally one of the real cowboys who was this Paul Bunyan-type guy went over and cut down an entire tree. He brought the whole tree over and he goes, ‘That’s a fire.’ You’re like, ‘OK, this guy is not like me at all.’”

'I love what they did': Snoop Dogg on Trump granting clemency to pal