You have reached the cached page for https://www.dailymail.co.uk/tvshowbiz/article-8459127/Claire-Foy-reunites-Crown-star-Matt-Smith.html
Below is a snapshot of the Web page as it appeared on 1/27/2021 (the last time our crawler visited it). This is the version of the page that was used for ranking your search results. The page may have changed since we last cached it. To see what might have changed (without the highlights), go to the current page.
You searched for: claire foy the crown We have highlighted matching words that appear in the page below.
Bing is not responsible for the content of this page.
Claire Foy and The Crown co-star Matt Smith meet for rehearsal | Daily Mail Online

By Rebecca Davison for MailOnline

Actress Claire Foy reunited with close friend and The Crown co-star Matt Smith in London on Thursday for a socially distanced rehearsal of theatre show, Lungs.

It's the first time Claire, 36, has been seen since it was claimed her ex-husband Stephen Campbell Moore, 40, is having a baby with Keeler actress Sophie Cookson, 30.

Claire and Stephen announced their four-year marriage was over in February 2019. They are parents to Ivy Rose, four. He and Sophie have been together for 18 months. 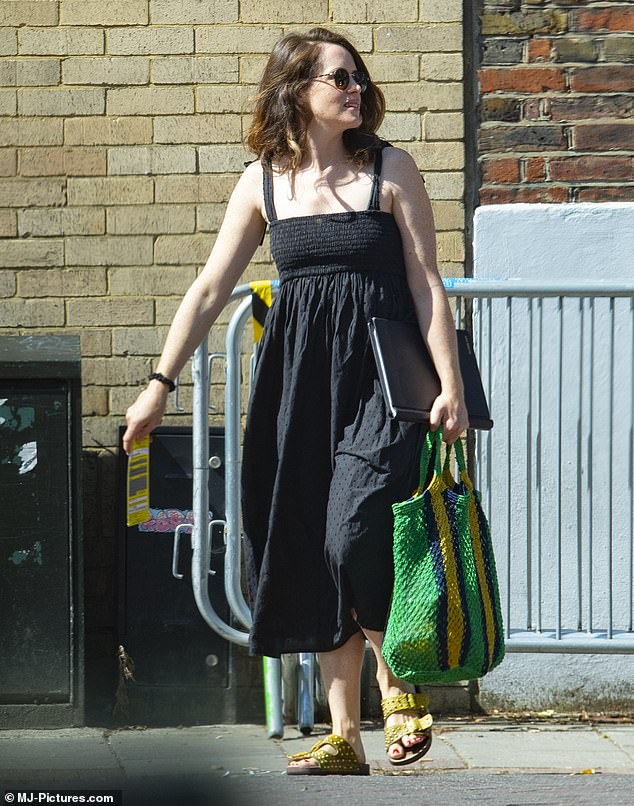 Spotted: Claire Foy reunited with The Crown co-star Matt Smith at the Old Vic in London on Thursday amid claims her ex-husband is expecting a baby with Keeler actress Sophie Cookson 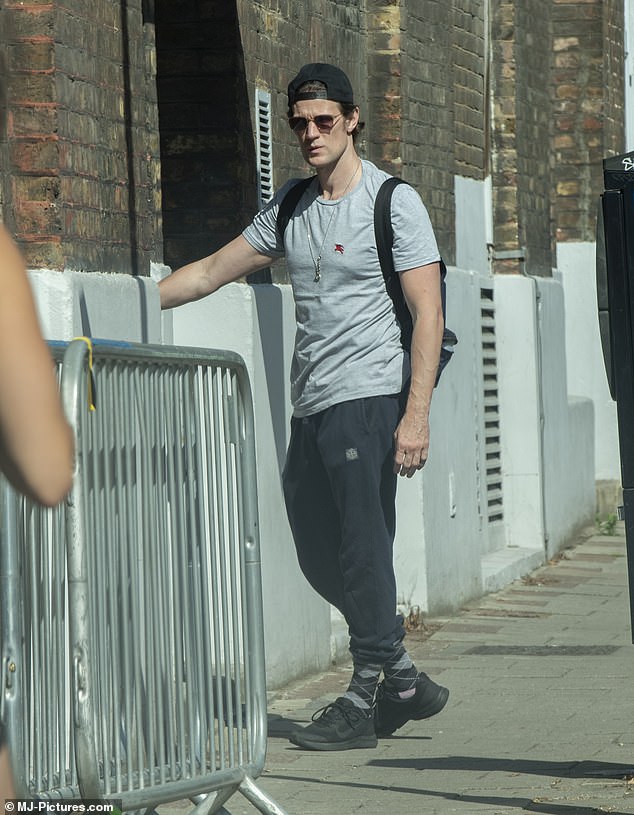 Reunited and it feels so good: Matt could be seen going through the stage door for a socially distanced rehearsal of their theatre show, Lungs

Actress Claire looked summery on the day, wearing a black billowing dress which she teamed with yellow Birkenstock sandals.

She carried a green and yellow bag and a folder in hand, and Matt arrived at the stage door separately in a grey T-shirt and joggers. 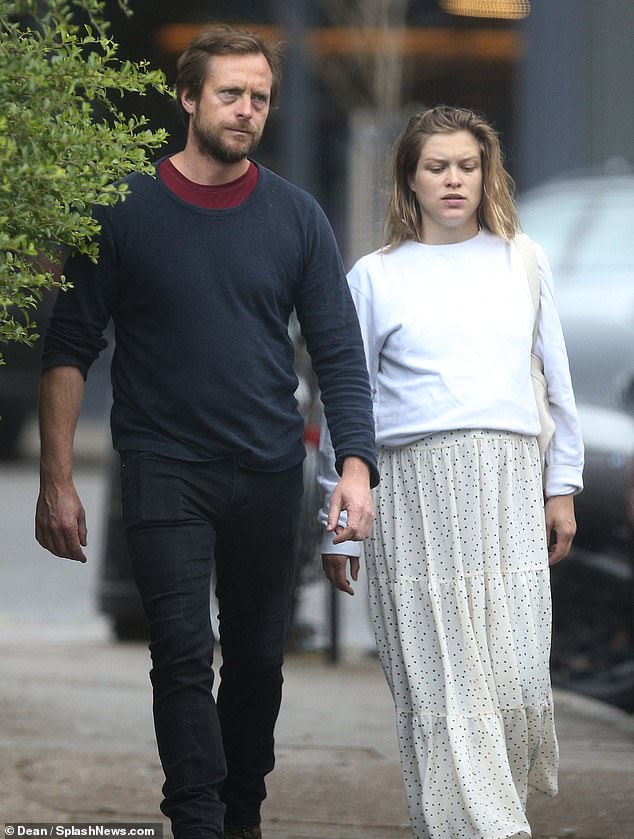 Growing their family? Claire's ex-husband Stephen Campbell Moore was pictured with Sophie on Sunday - the couple have been dating for 18 months 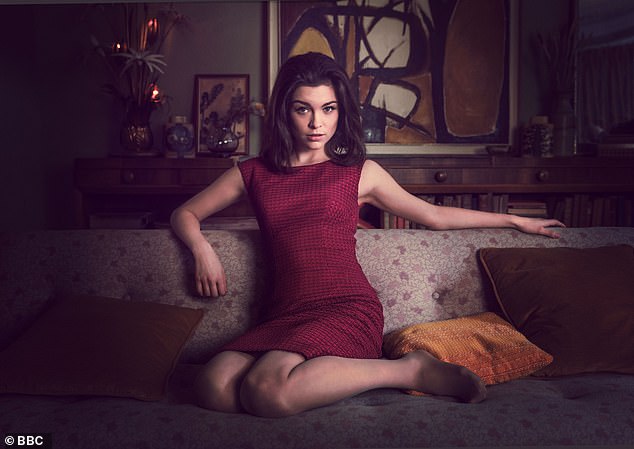 It was reported that Claire and ex-husband Stephen had parted long before they released their joint statement.

‘We have separated and have been for some time,’ they said. 'We do however continue as great friends with the utmost respect for one another.'

A source also told The Sun: 'After seven years together this came as a real shock to many of their friends, but they’re lovely people and are determined to keep everything civilized. 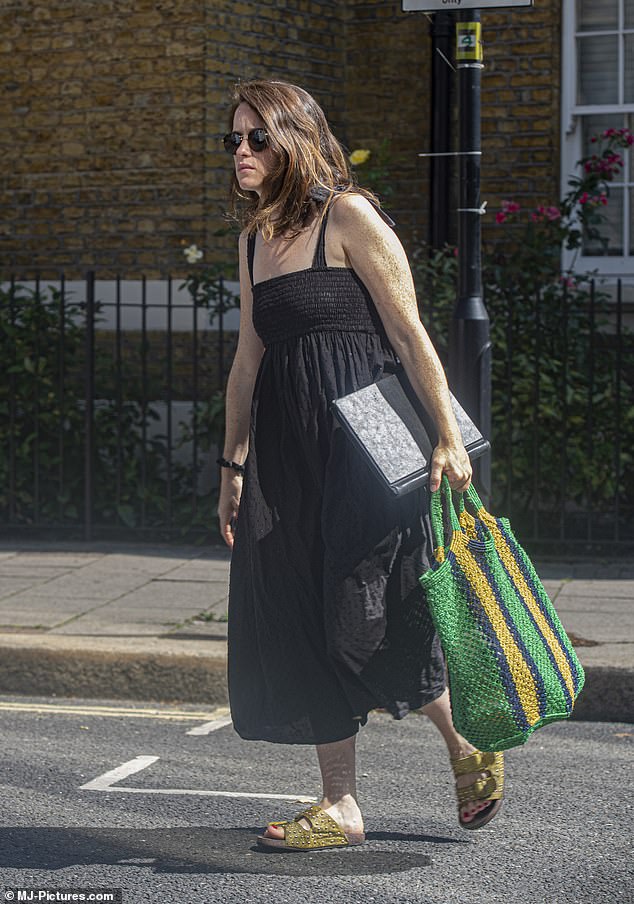 Chic: Actress Claire looked summery on the day, wearing a black billowing dress which she teamed with yellow Birkenstock sandals

Make it a midi like Claire in a dress by Marysia 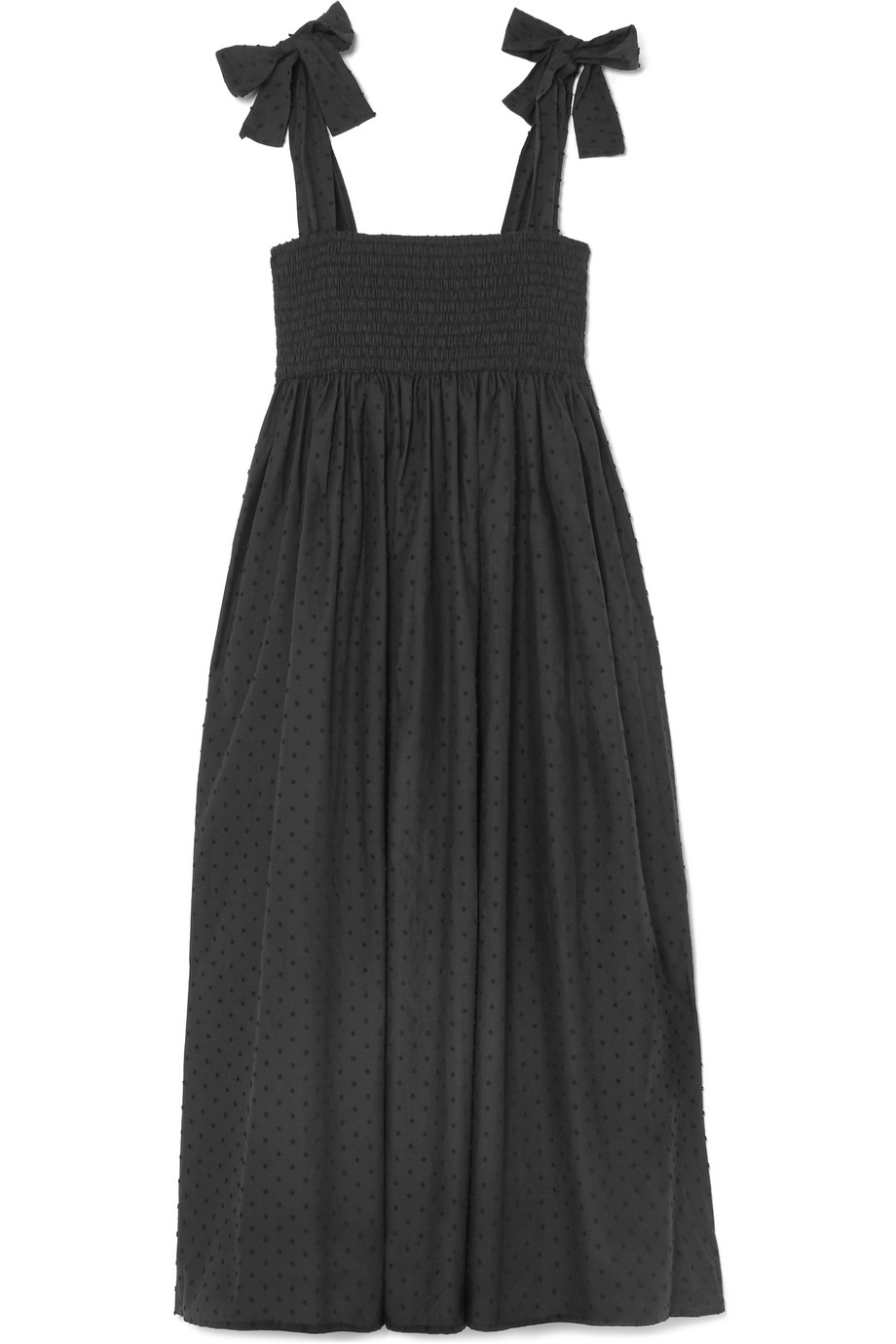 Buy the pink version via The Outnet

If you’re looking for a new summer dress, we recommend taking style notes from Claire Foy.

The actress looked effortlessly chic as she stepped out in London, wearing a Marysia midi accessorized with studded sandals and sunglasses.

The ‘Lahaina’ is cut from breathable Swiss-dot cotton with a smocked bodice, tie-shoulder straps and floaty skirt that falls just below the knee. This design is definitely one that you’d be reaching for time and time again!

Unfortunately it has sold out, but fret not; we found the pink version still available at The Outnet - just click (right) to claim it for yourself. Or if black is what your looking for, check out the carousel below with options from the likes of Nasty Gal, Billabong, Fame & Partners, and more.

* PRICES MAY NOT BE AS ADVERTISED
...NOW GET ONE LIKE IT

Casual: Matt looked handsome in his grey T-shirt and joggers as he headed to work with his Crown co-star

'Obviously it has been a very sad period for both of them, and for their wider families. But they are wonderful parents, intelligent and both successful in their own right.'

The news came just months after The History Boys star Campbell Moore had a life-saving operation to remove a brain tumour - his second in five years - in July 2017.

Campbell-Moore originally discovered he had a walnut-sized tumour his pituitary gland in 2012 after an overwhelming bout of anxiety led to the actor suffering stage fright while preparing for an Arthur Miller play, prompting doctors to suggest he go for a brain scan. 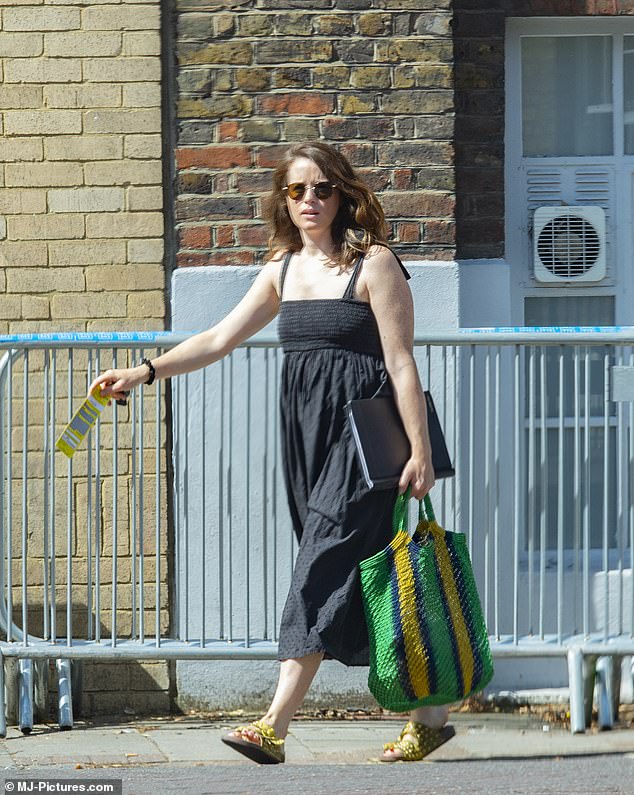 All over: Claire announced her split from Stephen in February 2019 but the couple are said to have parted ways some time before then 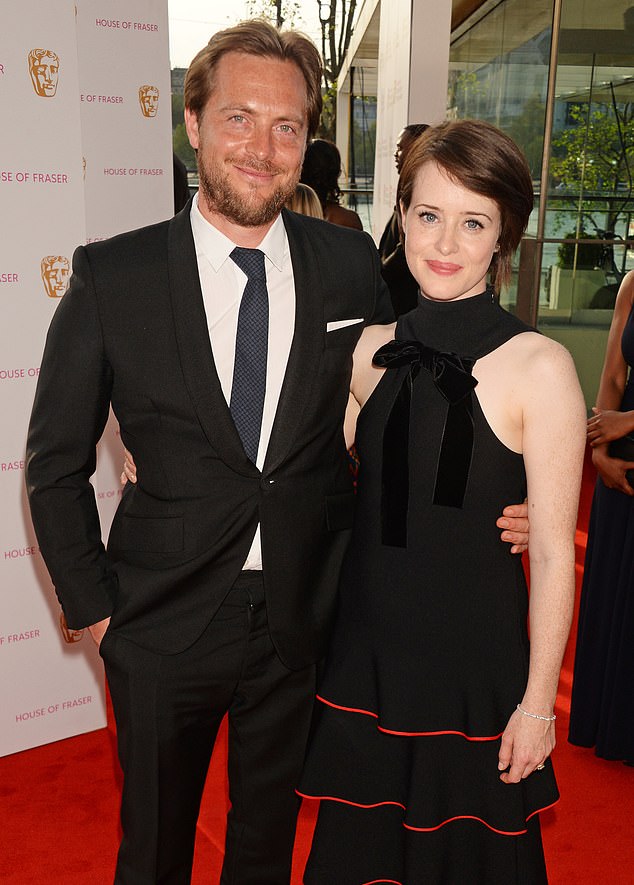 Family: Claire has a four-year-old child called Ivy Rose with Stephen - pictured at the BAFTAs together in 2016

His second op took place while Foy was filming the second series of The Crown with co-star and screen husband Matt Smith, who plays Prince Philip.

Claire met her husband - best known for his part in The History Boys - on the set of Season of the Witch in 2011, a film which starred Ron Perlman and Nicolas Cage.

Meanwhile, Matt reunited with his long-term love Lily James, 31, in March after they were forced to live together in their shared house in London during lockdown. 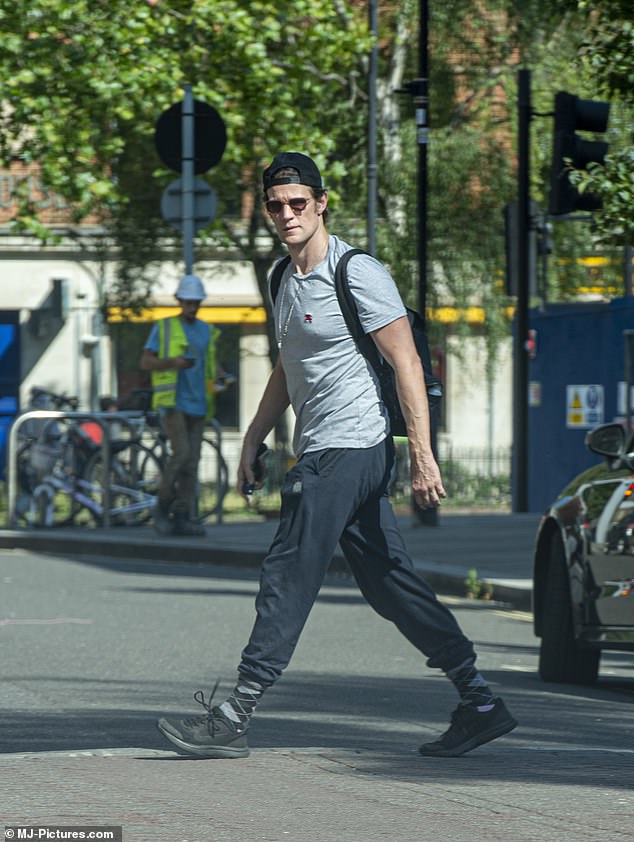 Back on: Meanwhile, Matt reunited with his long-term love Lily James in March after they were forced to live together in their shared house in London during lockdown

Details: Claire looked lovely on the day in her summery ensemble teamed with bright accessories 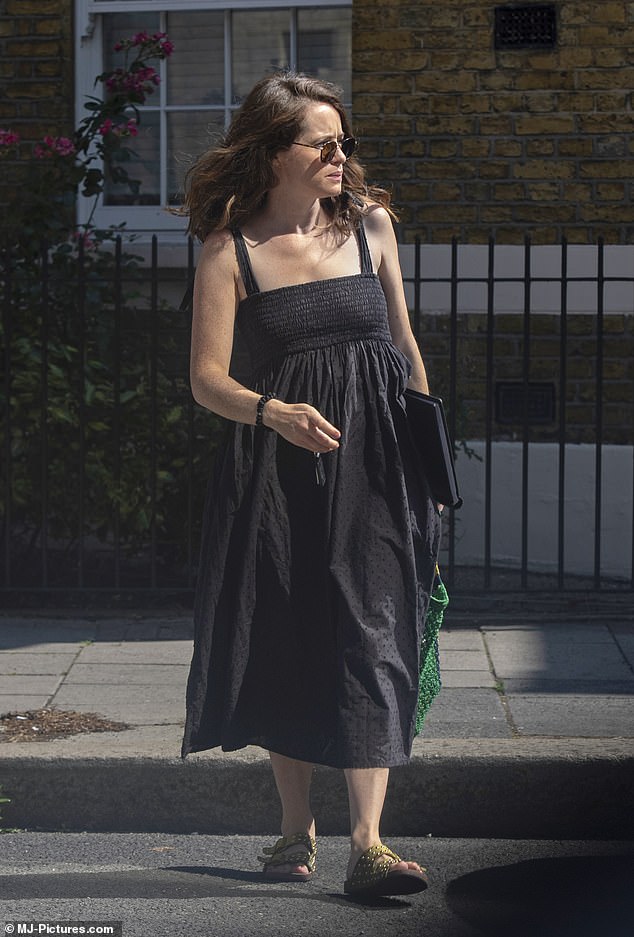 Former love: Claire met her husband - best known for his part in The History Boys - on the set of Season of the Witch in 2011, a film which starred Ron Perlman and Nicolas Cage

The split followed rumours that Lily, who had been dating Matt for five years, had struggled to cope with Smith’s close friendship with Claire.

However, other sources said that the couple – who met on the set of Pride And Prejudice And Zombies in 2014 –were driven apart because of their hectic work schedules.

But even before their official split, there were reports of tensions in their relationship, with Miss James absent from photographs taken at Smith’s 37th birthday party in October. 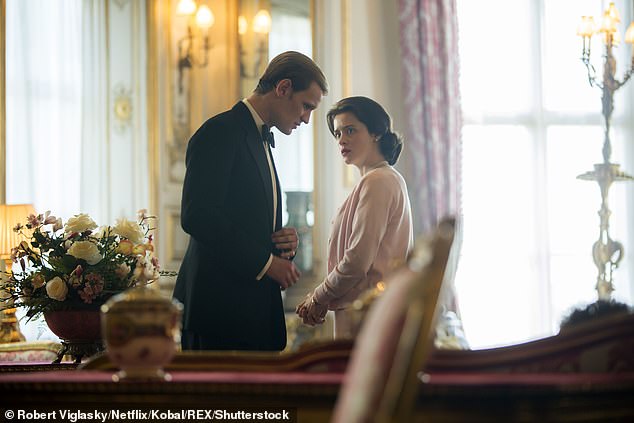 Royal role: Matt and Claire famously played the Queen and Prince Philip in The Crown (pictured) 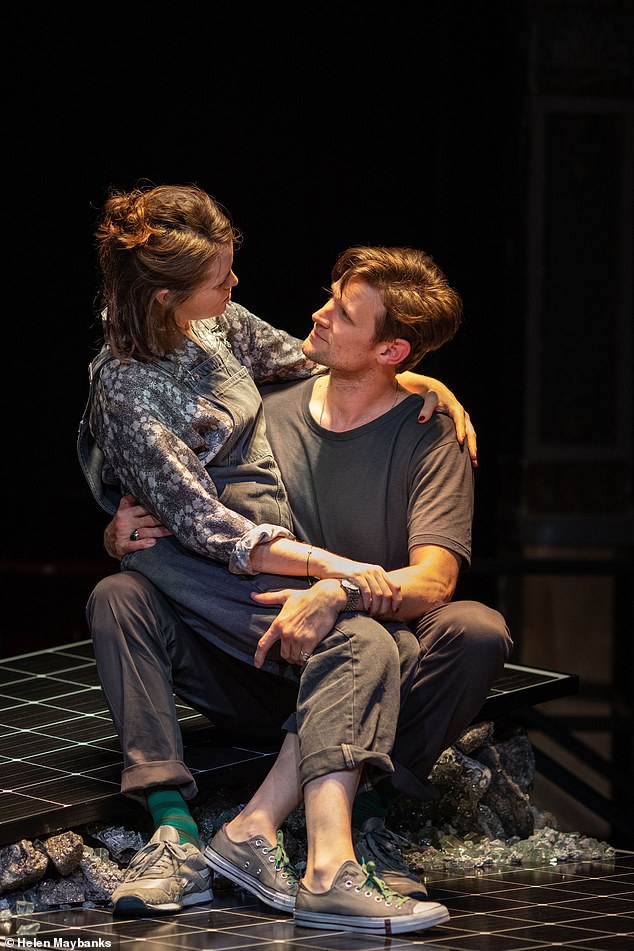 Playing lovers: Claire and Matt play a couple wrestling with life’s dilemmas in Lungs, (pictured) - a socially distanced version of the play will be streamed live from the Old Vic this week

In December, Miss James prompted speculation that she had managed to move on from Smith by leaving a British Fashion Awards party in Mayfair in a taxi with handsome actor Max Ianeselli.

That month she also went on holiday to South Africa with her friends, including stylist Rebecca Corbin-Murray, which she described as a ‘post-traumatic stress getaway’.

During the jaunt, the actress, who got her breakthrough playing Lady Rose in Downton Abbey, dropped what appeared to be a hint by posting an image of her visit to a wild cat sanctuary on her Instagram page with the message ‘National Cheetahs’. 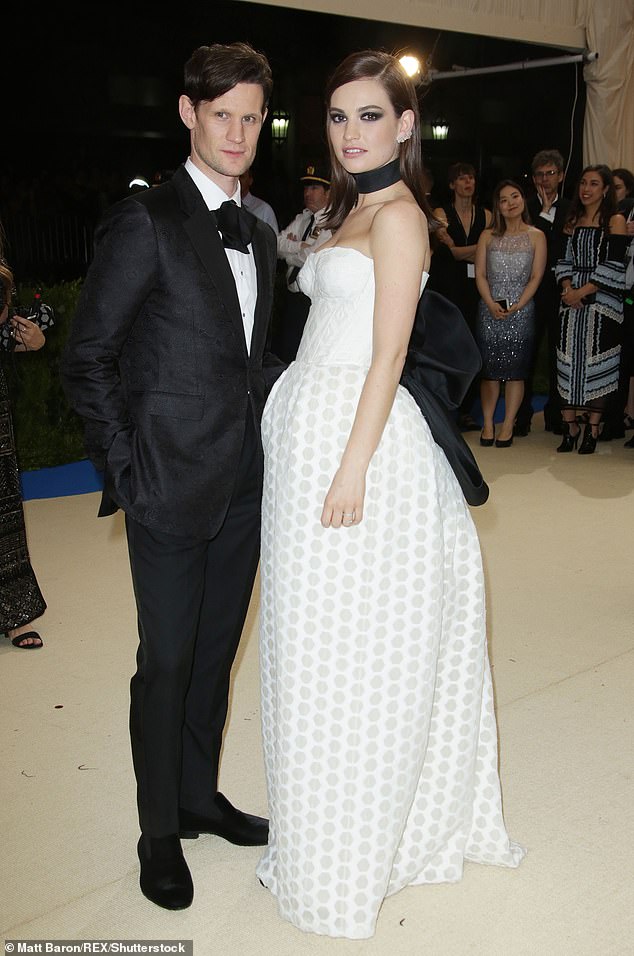 Back on track: Matt has reconciled with Lily James during lockdown, they briefly split following a five-year romance with some speculating she felt intimidated by his close friendship with Claire (pictured in May 2017)