You have reached the cached page for https://pagesix.com/2019/06/03/ciara-opens-up-about-emotional-breakup-with-future/
Below is a snapshot of the Web page as it appeared on 1/26/2021 (the last time our crawler visited it). This is the version of the page that was used for ranking your search results. The page may have changed since we last cached it. To see what might have changed (without the highlights), go to the current page.
You searched for: ciara We have highlighted matching words that appear in the page below.
Bing is not responsible for the content of this page.
Ciara opens up about emotional breakup with Future Skip to main content

Ciara opens up about emotional breakup with Future 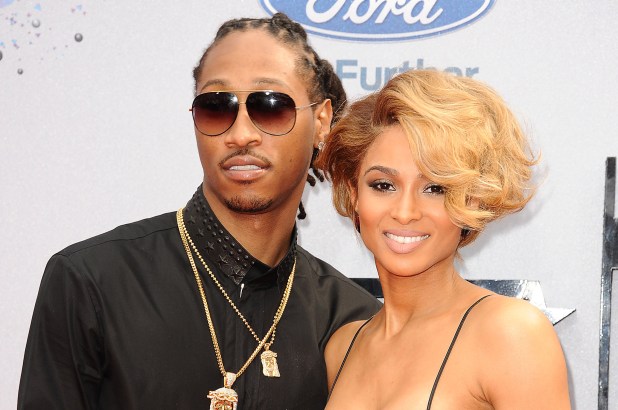 Ciara and Russell Wilson launch fragrances inspired by their love

Ciara called off her engagement to Future nearly five years ago but still remembers the pain she felt surrounding their breakup.

“I’d have moments when I would be in the shower, I’d be crying,” Ciara told hosts Jada Pinkett Smith, Willow Smith and Adrienne Banfield-Jones on “Red Table Talk.” “I had a few different settings — crying in the bedroom, crying in the shower … crying because I’m not in the happiest place, and it hurts what I’m going through.”

The rapper and “Level Up” singer are parents to 5-year-old son Future Zahir.

“I grew up with my mom and dad being together, the idea of it being, ‘Mommy and Daddy made baby,’ then all of a sudden you’re living your life in front of the world. That adds a whole ‘nother layer,” she explained of their split. “‘I feel like I’m failing right now. Other people, they’re gonna roast me. Here they come in the comment section. I’m about to get fried.'”

Ciara, 33, said she decided to move on, however, because it would be “the worst scenario to stay in a situation that’s just not healthy, that’s not gonna get any better.”

After more than two years together, Ciara and Future, 35, broke up following reports that the rapper was unfaithful.

Future once opened up about the split, saying, “I’m just not going to settle for anything, you know? Even in my life now, I know I can be a better person. I ain’t giving up on myself, so if you give up on me, I ain’t got nothing else to say for you. Because if you give up on ­something that’s real, it wasn’t real to you.”

“It has been a very special journey for my husband and I because we are a blended family,” the singer added on “Red Table Talk.” “It does take time.”

“If you would ask Russell, we have, like, five more kids to make,” Ciara shared. “I do look forward to having another baby. I would hope that I could have at least two more. I love kids. I love being a mom.”

Why Jessie Reyez is brutally honest with her fans