You have reached the cached page for https://moneyinc.com/chris-hemsworth-net-worth/
Below is a snapshot of the Web page as it appeared on 1/11/2021 (the last time our crawler visited it). This is the version of the page that was used for ranking your search results. The page may have changed since we last cached it. To see what might have changed (without the highlights), go to the current page.
You searched for: chris hemsworth net worth We have highlighted matching words that appear in the page below.
Bing is not responsible for the content of this page.
Chris Hemsworth's Net Worth is $90 Million (Updated For 2020)
Home
Net Worth
How Chris Hemsworth Achieved a Net Worth of $90 Million 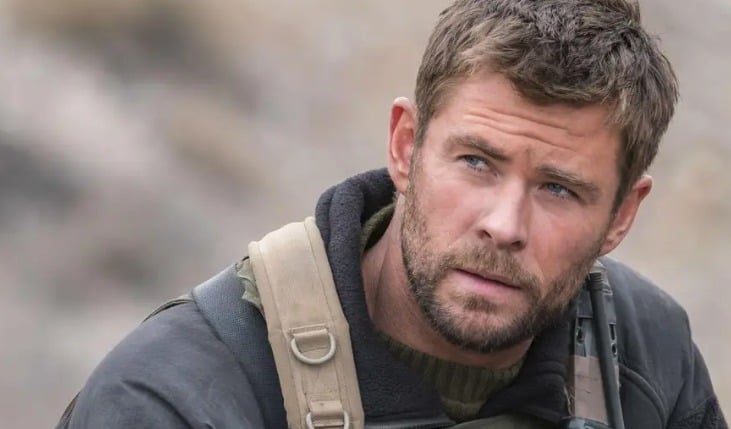 Chris Hemsworth is one of the most famous actors on the planet. As a result, it should come as no surprise to learn that there are some sources that estimate his current net worth to be as high as $90 million. Since such estimates are based on incomplete information, interested individuals shouldn’t put too much faith in their perfect accuracy, but they are nonetheless very useful for getting a very rough idea of Hemsworth’s wealth.

How Did Chris Hemsworth Reach His Current Net Worth?

For those who are unfamiliar, Hemsworth was born in Melbourne, which would be the capital of the Australian state of Victoria. However, he spent a fair amount of his childhood in the Australian Outback because his family moved back and forth between those two places. As a result, while Hemsworth was very familiar with Melbourne, he was also very familiar with the vast remoteness of the Australian Outback, which are two very different places to say the least. Regardless, it seems that Hemsworth’s family had a pretty strong interest in acting. After all, while he is by far the best-known among them, he is one of three brothers who have gone on to become professional actors.

By 2002, Hemsworth had started playing the part of King Arthur on Guinevere Jones. This wasn’t a particularly important role. On the one hand, Guinevere Jones is centered on a girl who is supposed to be the reincarnation of Guinevere. On the other hand, Arthur appeared in nothing but flashbacks, meaning that for the most part, it was a relatively minor role. Still, it was a role.

Later, Hemsworth auditioned for the soap opera Home and Away. He didn’t get the initial role that he auditioned for. However, he winded up being recalled for a different role on the same soap opera, with the result that there are still a lot of people out there who will know him best because of his Home and Away days because he appeared for a total of 171 episodes until 2007.

Eventually, Hemsworth started getting roles in U.S. movies. In part, this was because of his acting skills. However, as the director of Ca$h Stephen Milburn Anderson stated, it also helped that he was very good-looking as well. By 2011, this had resulted in Hemsworth getting the role of Thor on the MCU movie of the same name, which needed him to put on 20 pounds of muscle but nonetheless raised his profile ever further because of the success of the movie franchise as a whole. Since that time, Hemsworth has continued appearing in a wide range of U.S. movies, with examples including but not limited to Blackhat, In the Heart of the Sea, and the unsuccessful Ghostbusters reboot.

Unsurprisingly, Hemsworth makes most of his money from his movies. For example, there are sources that have reported that he made an colossal $64.5 million in 2018, which is more than enough to cement his status as one of the leading stars in the Hollywood of today. Suffice to say that this is a huge step-up compared to his career from even a few years ago, seeing as how Disney is said to have paid him no more than $150,000 for the first Thor movie. With that said, Hemsworth isn’t exactly hurting for money nowadays. For that matter, he isn’t exactly obsessed with making as much money as possible either, seeing as how he has outright stated in relatively recent months that he has felt “gross” about making as much money as he does.

Regardless, Hemsworth’s career is thriving. Combined with the fact that male actors tend to have a much easier time finding roles at older ages than their female counterparts, it seems likely that his career will continue to thrive for years and years, perhaps even decades and decades to come. As a result, while his current net worth is estimated to be around $90 million for the time being, it is bound to go up in those times to come. Something that is particularly true because while Hemsworth is still making most of his money from his movies, his star power has seen him show up in plenty of marketing campaigns as well.

Garrett by trade is a personal finance freelance writer and journalist. With over 10 years experience he's covered businesses, CEOs, and investments. However he does like to take on other topics involving some of his personal interests like automobiles, future technologies, and anything else that could change the world.

The History of and Story Behind the Petco Logo

The History of and Story Behind the Panera Bread Logo

Can I Buy a Car with a Credit Card?

How Often Should You Use Your Credit Card to Keep it Active?

What is a Retirement Savings Contribution Credit?

How Long Should You Wait to Apply for Another Credit Card?

20 of the Best Things to Do In Green Bay, Wisconsin

The 10 Best Places to Eat in Melbourne, Australia

A Traveler’s Guide to the Best Beaches in Melbourne, Australia

The 10 Best Places to Stay in Melbourne, Australia

Where Are Porsche Automobiles Made?

The Five Best Porsche Models for Off Roading

Is There Such Thing as a Porsche Station Wagon?

What is the Best Way to Rent a Porsche?

A Buyer’s Guide for the Cartier Roadster Chronograph

The History of the Cartier Crash Watch

A Buyer’s Guide to Getting a Pre-Owned Cartier Watch

Does Cartier Make a Diver’s Watch?

How Arin Hanson Achieved a Net Worth of $1.5 Million

How Norman Reedus Achieved a Net Worth of $25 Million

How Lauren Conrad Achieved a Net Worth of $40 Million

How Mario Lopez Achieved a Net Worth of $25 Million