You have reached the cached page for https://pagesix.com/2020/05/04/chloe-sevigny-welcomes-first-baby-with-boyfriend-sinisa-mackovic/
Below is a snapshot of the Web page as it appeared on 11/30/2020 (the last time our crawler visited it). This is the version of the page that was used for ranking your search results. The page may have changed since we last cached it. To see what might have changed (without the highlights), go to the current page.
You searched for: chloë sevigny and sinisa mackovic We have highlighted matching words that appear in the page below.
Bing is not responsible for the content of this page.
Chloë Sevigny welcomes first baby with boyfriend Sinisa Mackovic Skip to main content

By Jessica Bennett and Lindsey Kupfer 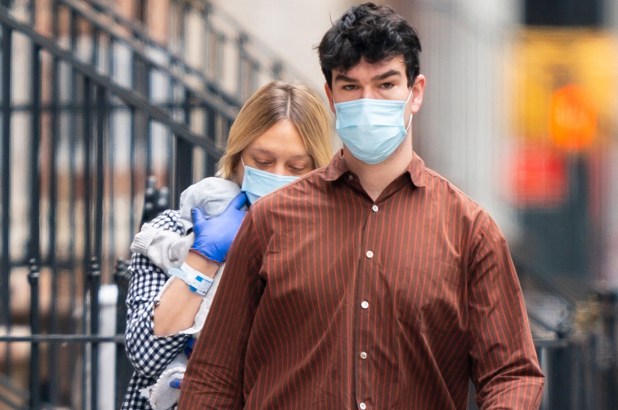 Chloë Sevigny shows off growing baby bump in a bikini

Chloë Sevigny is a new mom.

The 45-year-old star has given birth to her first child, whom she shares with boyfriend Sinisa Mackovic, her rep confirmed to Page Six on Monday.

No other details, including the baby’s gender, have been revealed.

The actress and Mackovic, the director of Karma Art Gallery in New York City, were photographed walking with the newborn in the city on Monday.

In a gingham dress, Sevigny can be seen cradling her baby, while Mackovic, wearing a button-up shirt, is walking ahead, carrying a suitcase. The couple, who have been dating for more than a year, were both seen wearing gloves and face masks.

Notoriously private Sevigny had no problem flaunting her baby bump for the public after confirming her pregnancy to Page Six in early January. Weeks later, she shared her first maternity photos — shot by director Jim Jarmusch — on Instagram.

The “American Horror Story” actress told W magazine in 2016 that waiting to have children has actually helped her maintain her youthful looks.

“I think it’s not having had a baby yet,” she told the magazine. “Because I think the baby wear and tear and stress on your body is part of the reason why people say, ‘Why do you still look so young?’ I really think that that unfortunately ages women, especially when they have children in their 30s, not in their 20s.”