You have reached the cached page for https://www.reddit.com/r/chillwave/comments/j2ndk4/dogman_chill_what_we_take_for_granted_chill_lofi/
Below is a snapshot of the Web page as it appeared on 10/1/2020 (the last time our crawler visited it). This is the version of the page that was used for ranking your search results. The page may have changed since we last cached it. To see what might have changed (without the highlights), go to the current page.
You searched for: chillwave wikipedia list We have highlighted matching words that appear in the page below.
Bing is not responsible for the content of this page.
Dogman Chill - What We Take for Granted | chill lofi hip hop beat | lofi... : chillwave
0

0
Posted by1 day ago

youtube.com/watch?...
0 comments
50% Upvoted
Log in or sign up to leave a commentlog insign up
Sort by
View discussions in 1 other community

PSA: chillwave is NOT a style of synthwave.

It’s important to clarify this because I see synthwave music being posted here sometimes.

Chillwave is an offshoot of the 2000s‘ Indie movement. As indie rock artists experimented more and more with sampling and synthesized sounds and digital effects, in a DIY environment (most used soft synths and computer plugins rather than physical vintage synths), the genre took form. I do wish the mods pinned a post with a direct link to the Wikipedia entry on the genre, as well as a small list with the pioneers of the genre.

Chillwave is also a direct ancestor of vaporwave (and thus, vaporwave is also unrelated to synthwave, even though there’s some overlap with the *visual* aesthetics).

Asleep At A Party - Memory Cassette

nighttime in the city vibes

Original song I wrote a little while back. Definitely the most video game feeling song on the album. I was playing Celeste at the time. Any thoughts or feedback is appreciated. Enjoy! 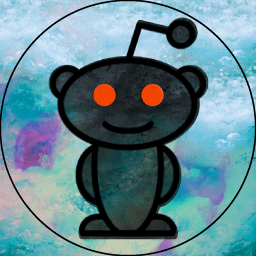